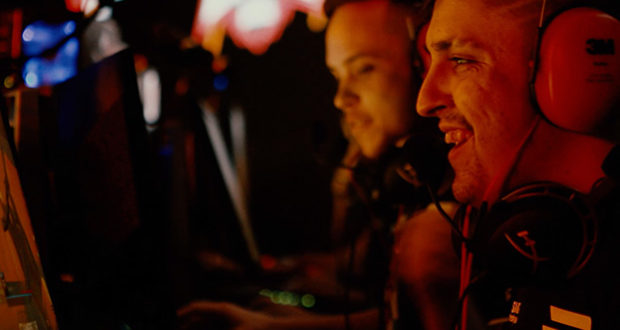 Esports Shapeshifting with NewTek and NDI®

Broadcasting esports requires perhaps one of the most fluid and dynamic production environments in live video production. Esports takes the idea of creative reflex to another level in terms of core competencies. Consider the above in the setting of the largest gaming expo in Latin America, and we have set the context for what will follow. 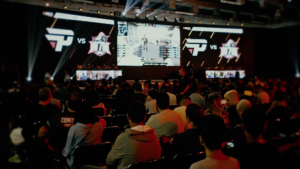 The very nature of esports events requires rapid change and swift turnover. Each game can have wildly different configurations necessary for: the competition, in-arena presentation, and the viewing audience experience. Battle Royale-style events quickly whittle the starting 100 competitors to a standoff between two or three would-be-victors. Some games require a single console, others 10-250 PCs, others upwards of 50 mobile devices. Planning to capture that many competitors on video is a unique challenge when you have no idea who will be making the final stand!

Turnover is also seen in the production schedule. Think of this as playing ice hockey one night, basketball the next day, and staging a concert that evening, all in the same arena. One day might host a first-person shooter, the next could see an arcade-style fighting game, or even a digital card game. Adding to this, each day of competition might have bookends consisting of entirely different forms of content. Each of these requires a different production environment, tone of direction, and plans for the unexpected, meaning alterations to the workflow must be completed in short order, and anticipated ahead of time.

Finally, with multiple partners involved, and several moving components occurring in other parts of the expo, last minute changes are expected, and for our team, always welcomed. Many multi-day events serve as host to events on the world circuit for multiple types of games. This means the governing bodies of different competitions each have their own needs they bring to an event. As the production partner, you are expected to accommodate these groups for both the on-site production, as well as the web/television broadcasts.

From its inception in 2014 through the latest 2019 edition, JupiterReturn has produced and directed the BGS Esports Tournament at Brasil Game Show. Over the years we have hosted games such as Dota 2, League of Legends, Hearthstone, Clash Royale, Overwatch, Gang Beasts, and Counter Strike: Global Offensive. For 2019, the championship events taking place included first-person shooters Counter Strike: Global Offensive and Crossfire (CFS International), as well as the fighting game Mortal Kombat 11 (Pro-Kompetition tour). 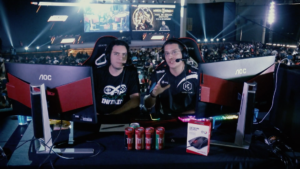 The broadcast and television streams provided were multi-platform, hitting every major distribution point, as well as multi-lingual – with English, Portuguese, and Chinese announcers each utilizing discrete feeds to provide commentary. Each broadcast day kicked off with recap and preview coverage via an in-venue version of Brasil Game Show’s daily studio show “BGS Play.” Closing out the Friday and Saturday competitions were live performances by the Video Game Orchestra.

In addition to the external broadcast and television shows, we were tasked with the stream of the event on five large IMAG displays within the venue. Three of these are discrete video mixes displayed behind the competitors and provide a real-time look at the action, and other programming elements. The final two displays are also discrete video mixes, and are located on the players’ tables themselves, alternating between POVs and other programming elements. Having worked alongside Brasil Game Show on this event for the past six editions, we’ve helped the event grow incrementally. While always a challenge, the challenge is not unexpected – and we’ve built a workflow that is capable of handling all of their needs.

That said – this being esports – several unique, last-minute challenges did arise!

For example, in one game’s previous tournament stops, they had experienced competitors occasionally peeking at the IMAG displays, necessitating a broadcast delay. Simple in theory, but a challenge without the right equipment. 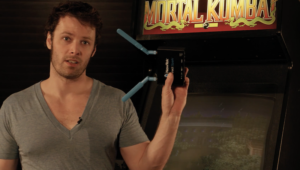 Luckily, our workflow is built on a core of NewTek and NDI technology.

We’ve had incredible success over the years using NDI as the enabling technology for our video feeds in all environments. NDI’s ability to integrate seamlessly with existing baseband infrastructure and broadcast equipment has been key in all of those situations. In esports, NDI is irreplaceable. When it comes to bringing in dozens – or hundreds – of potential video feeds, and doing so in a reliable and flexible manner, there really is no better technology.

We use NDI at several points in the workflow, from capturing competitor feeds, to bringing in 10+ on-site POV cameras via NewTek Spark NDI adapters. These feeds are distributed to our TriCaster-based production core to provide video across the IMAG displays and broadcast mixes. A TriCaster TC1 is the main switcher for our broadcast output. With each TriCaster able to accept NDI feeds, and the flexibility inherent in the TriCaster platform itself, we are able to quickly reconfigure for every event – be it a talk show, multi-player online battle arena…or an orchestra!

To us at JupiterReturn, everything you just read, is simply the standard expectation for the production. The most valuable aspect, and the reason we have continued to work with the TriCaster platform since it was launched, is that it has always allowed us to be hyper-flexible when a client has an ‘ask’ – such as the need to delay video on one of the feeds, 30 minutes before the live broadcast begins.

With a few creative re-routings, we were able to utilize the TriCaster’s ability to set a delay, to provide the requested time buffer to the one IMAG feed. Meanwhile, the external broadcast and other IMAG feeds were unaffected. With three audio mixes, and all outputs mapped to certain locations, making changes to a source feed like this can easily create an error that can cascade into a much larger error in the overall workflow. Being able to re-route and re-map these elements without affecting other aspects of the production allowed us to start the show on time, and in the manner everyone desired. 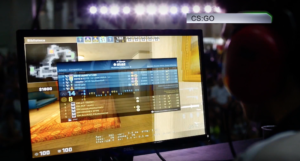 Not being exclusively tied to physical cabling and outboard gear, and having the ability to work with video in an IP-based workflow, allows your creative reflex to be powered by the tools that can turn those ideas into realities. Building the show from this perspective has allowed us to run a full show with two people in the control room, armed with a keyboard and mouse.

With six successful editions of the event streamed and broadcast on television, it is clear that NewTek is offering a Swiss army knife solution. When the client has asked us for some creative and last-minute changes, we’ve been able to say “yes.” That is how we’ve retained the client and grown with them as they have continued to grow Brasil Game Show as the flagship esports and gaming expo in Latin America, both nationally as well as internationally.