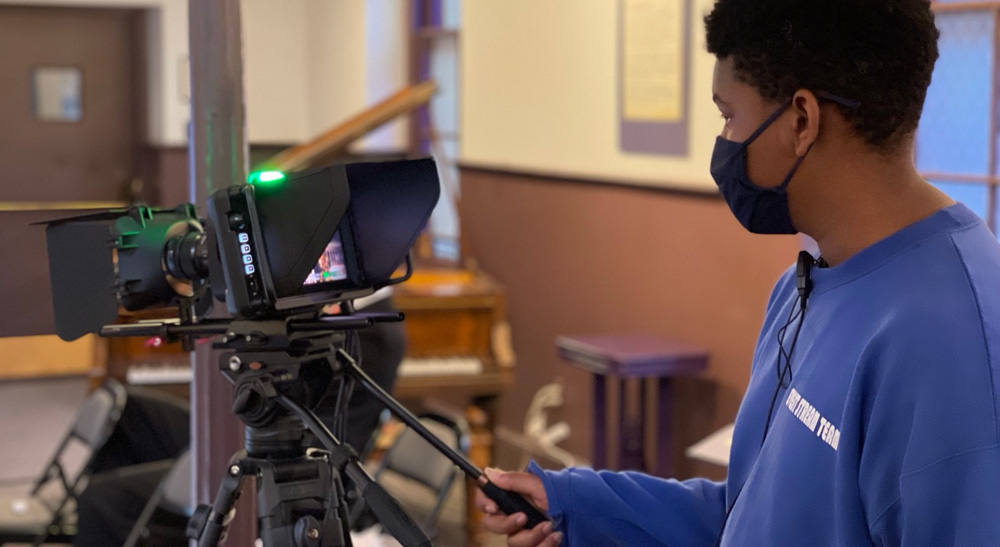 Headquartered in Baltimore, MD, Event Stream Team is a family business run by Jimmy Reid, who also serves as the company’s Chief Technology Officer. With clients ranging from nonprofits and museums, to government and state agencies, Event Stream Team has quickly become one of the go to production companies on the East Coast, and its flexible kit allows the company to deliver on a wide range of needs for a variety of customers.

At the heart of Event Stream Team’s production kit is the ATEM 2 M/E Constellation HD live production switcher. “We needed an SDI based switcher that could do some heavy lifting, and its twenty inputs, as well as the built in Fairlight audio mixer, have changed our entire production,” said Reid. “The dynamics and EQ in the Fairlight audio mixer are essential as we use them in every gig to ensure the audio is smooth and consistent between the HyperDeck recorder/player units and the audio mixers from our wireless mics. Also, before, we had to bring a full size mixer with us for audio. Now, we can just use our ATEM 2 M/E Constellation HD and know that our audio will be top notch.”

“Blackmagic Studio Camera 4K Pros, when paired with the ATEM Studio Converters, are just incredible, especially when it comes to simplifying my workflow and cable management. The camera’s dual native ISO makes the image quality look awesome regardless of the event, whether I’m in a brightly lit courtroom or a dimly lit venue,” added Reid. “The Zoom and Focus Demands are a must have accessory for the cameras as well. The ability to dial in and focus from the tripod handles is a game changer. My hands never have to leave the handles.”

Event Stream Team also relied on Blackmagic Studio Camera 4K Pros to capture the historic unveiling of William Arthur Smith’s painting “Andrew Ellicott and Benjamin Banneker Surveying the Boundaries of Washington, DC,” which was preserved and displayed by the Banneker-Douglass Museum in Annapolis, MD. Reid focused one Blackmagic Studio Camera 4K Pro on the artwork, while the second camera was situated by the ASL interpreter during the live stream.

For smaller gigs or live streams where there is limited space, Reid created a portable production kit equipped with an ATEM Mini Pro ISO, a HyperDeck Shuttle HD and a HyperDeck Studio Mini for live graphics. In addition, Even Stream Team utilizes a HyperDeck Studio HD Plus for video playback and four HyperDeck Studio 4K Pros for backup recordings. Reid also recently made the switch to DaVinci Resolve Studio 18 editing, grading, visual effect (VFX) and audio post production software. “Editing takes up a lot of my time, so I’m really looking forward to outsourcing that with Blackmagic Cloud,” he said.

“Blackmagic Design has given us the confidence and the gear to come onto any site and know that we’ll deliver top quality,” concluded Reid. “In doing so, we’ve been able to create a reputation for ourselves as the go to team for live streams.”