Zulu
THE BEAT:
Home » News » “Everest VR: Journey to the Top of the World” Edited, Graded and Stitched with DaVinci Resolve Studio 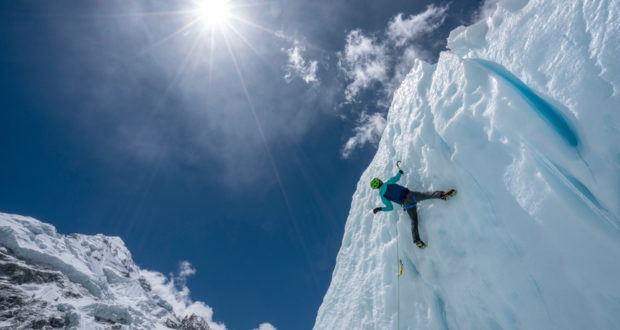 “Everest VR: Journey to the Top of the World” Edited, Graded and Stitched with DaVinci Resolve Studio 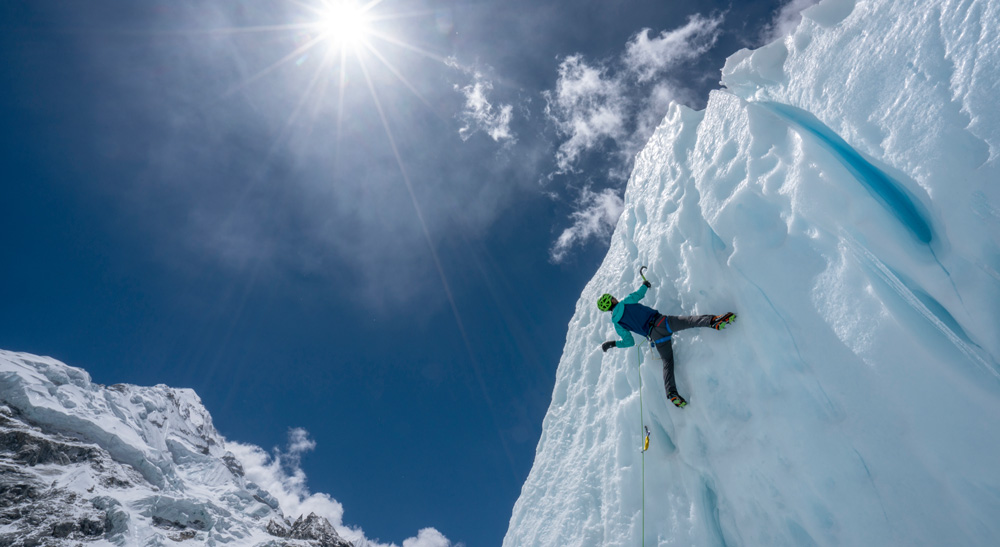 In April of 2017, world famous climber Ueli Steck died while preparing for climbing both Mount Everest and Mount Lhotse without the use of bottled oxygen. Ueli’s close friends Jonathan Griffith and Sherpa Tenji attempted to finish off this project while award winning VR director and alpine photographer Griffith captured the entire story.

Over the course of three years, Griffith shot footage following Tenji and some of the world’s most accomplished climbers on some of the world’s most extreme locations. The series also includes footage that lets viewers witness what it is like to be engulfed in a Himalayan avalanche, cross a crevasse and staring deep in its depths, take a huge rock climbing fall, camp under the stars and soak in the view from the top of the world.

“It really was amazing how a small crew was able to get all of this done. The collaboration between myself as the cameraman and Matt and Keith was a huge part of being able to get this series done and done at such as a high quality,” said Griffith.

“Matt and Keith would give suggestions on how to capture for VR, how camera wobbling impacted stitching, how to be aware of the nadir and zenith in each frame and to think about proximity issues. The efficient post production process helped in letting us focus on what was needed, and I am incredibly happy with the end result. Everyone on the project worked above and beyond, and the results show.”

DeJohn was tasked with bringing together a huge amount of footage from a number of different high end camera systems.

“A VR project usually has different teams of multiple people for editing, grading and stitching, but with DaVinci Resolve, Keith and I handled everything,” DeJohn said. “DaVinci Resolve is ideal for VR post. The fact that every tool I needed was in a single app made the entire process efficient and cost effective. So much time was saved simply by just having to switch apps with a few mouse clicks instead of shutting down the process by moving files from one system to another.”

For editing, DeJohn used DaVinci Resolve Studio to cut the series at 2Kx2K, relinked to 8Kx8K source and then change the timeline resolution to 8kx8K for final color and rendering. He used the Fairlight audio editing tab for its expanded toolset which allowed him to make fine adjustments, manage different narration takes with audio layers, and manage varied source files such as mono narration, stereo music, and 4-channel ambisonic spatial audio.

“With color correction, I used Resolve to ensure we kept and honest look throughout and to make that look consistent across various camera systems and shooting conditions.

VR forces you to be real, and I used DaVinci Resolve to keep every scene realistic because any hint of oversaturation or an unnatural grade would ruin the VR experience,” he continued. “I colored the project from the very first edit so when it came to finalize the color it was just a process of touching things up.”

Kolod, explained: “Every shot in this type of production is a VFX shot and I relied on Fusion. It is better, faster and more affordable. The render time is much faster and the seamless integration with the rest of post is incredibly efficient.”

Footage of such an extreme environment, as well as the closeness of climbers to the cameras, provided unique challenges for Kolod who had to rebuild portions of images from individual cameras. He also had to manually ramping down the stereo on the images north and south poles to ensure easy viewing, fix stereo misalignment and distance issues between the foreground and background and calm excessive movement in images.

“A regular fix I had to make was adjusting incorrect vertical alignments, which create huge problems for viewing. Even if a camera is a little bit off, the viewer can tell,” Kolod said. “The project used a lot of locked off tripod cameras, and you would think that the images coming from them would be completely steady. But a little bit of wind or slight movement in what is usually a calm frame makes a scene unwatchable in VR. So I used Fusion for stabilization on a lot of shots.”

“High quality VR work should always be done with manual stitching with an artist making sure there are no rough areas. The reason why this series looks so amazing is that there was an artist involved in every part of the process, shooting, editing, grading and stitching,” he finished.

Product photos of DaVinci Resolve Studio, Fusion Studio, as well as all other Blackmagic Design products, are available at www.blackmagicdesign.com/media/images.