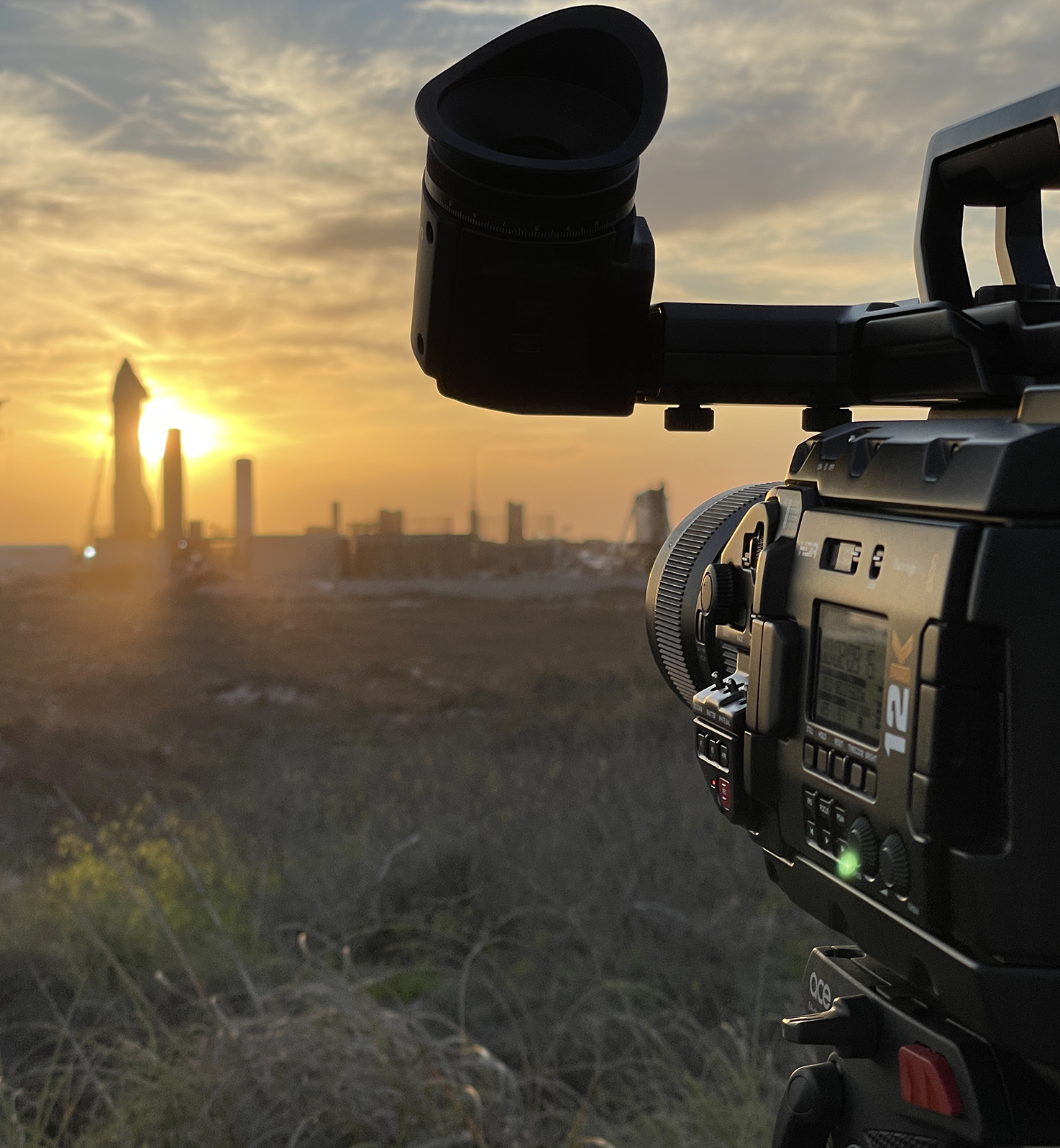 Fremont, CA – November 2, 2021 – Blackmagic Design today announced that YouTube channel Everyday Astronaut is using a multitude of its products, including Blackmagic Studio Camera 4K Pro and URSA Mini Pro 12K cameras, to help educate its 1.14M subscribers about rocket science. With a mission to bring space down to Earth for everyday people, Everyday Astronaut has captured and live streamed more than 100 rocket launches and counting, including SpaceX’s recent Inspiration4 mission, the first all civilian crew to orbit Earth.

Whether using an ATEM Mini Pro live production switcher as a mobile solution outside of the studio, or an ATEM Constellation 8K live production switcher in its studio, Everyday Astronaut relies on Blackmagic Design to power its space exploration coverage. With gear that can scale, Everyday Astronaut can cover everything from live rocket launches to exclusive behind the scenes tours and interviews with leaders in space exploration.

“Since I was traveling to Kennedy Space Center for the Inspiration4 launch, we kept it light and easy, setting up a small studio with an ATEM Mini Pro and URSA Mini Pro 12K and URSA Mini Pro 4.6K G2 cameras,” said Founder Tim Dodd. “The cameras captured beautiful slow motion shots, especially shooting 8K at 120fps with the URSA Mini Pro 12K. 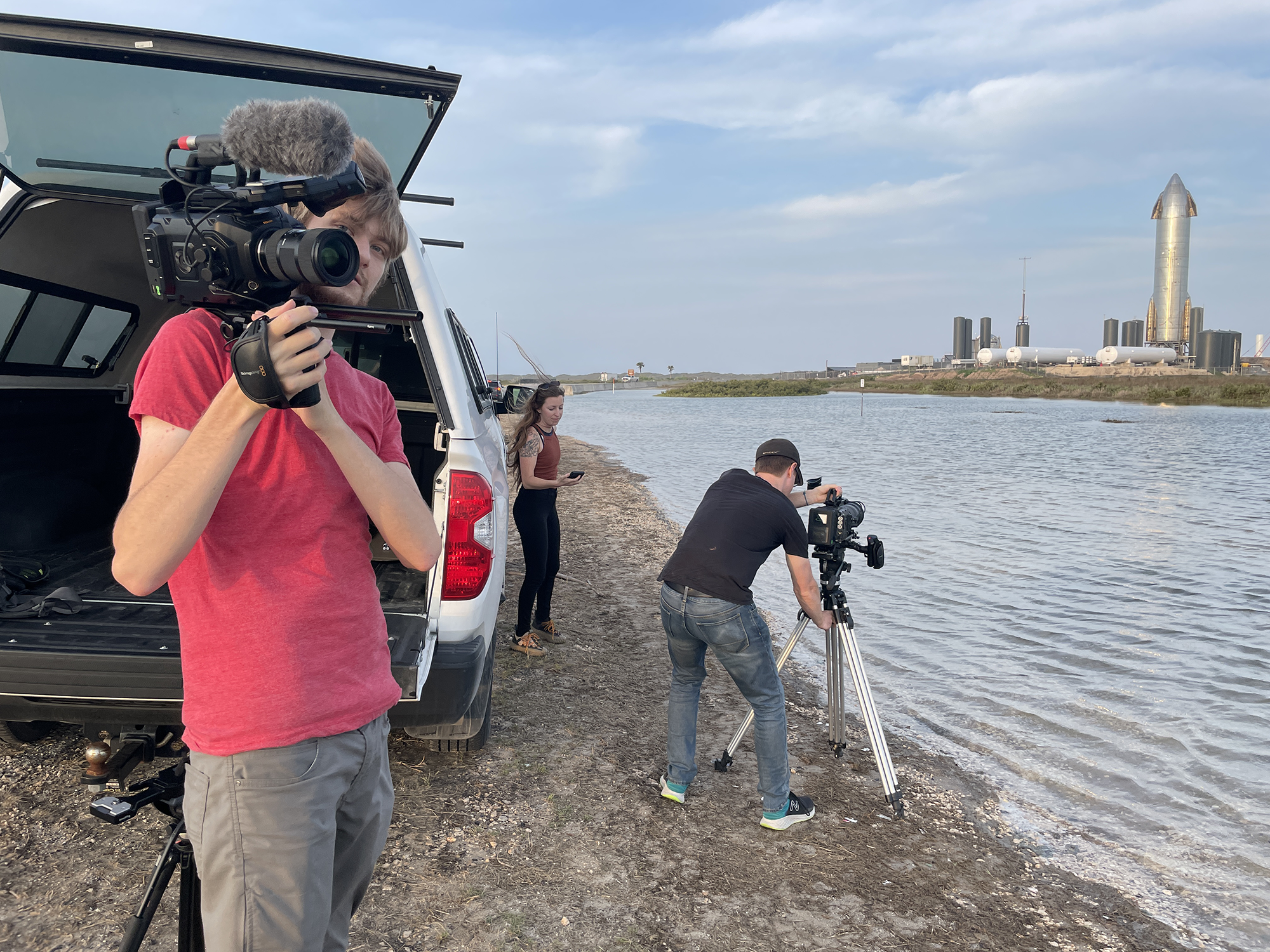 “High frame rates are essential for shooting rockets, and the ability to punch in and reframe shots is also key. For example, some of our past shoots have been very foggy, so we shot at 8K at 600mm and tracked the rocket. By cropping to 4K where we wanted the focal length to be, we had tons of room to stabilize the shot in post to be rock solid, and we were still shooting at 120fps, which was insane.”

Dodd added, “Everyday Astronaut started out with just a camera and a computer. However, I’m obsessed with quality, and as the channel grew, I knew that I needed to invest in a high level broadcast workflow, which is what brought me to Blackmagic Design. Since I’m continuously looking for ways to enhance quality, we recently invested in the new Studio Camera 4K Pro and Blackmagic Web Presenter 4K streaming solution to upgrade our live streams to 4K.”

Not only does Dodd have a professional and portable workflow when he travels, but he also has a purpose built studio in Texas to cover SpaceX’s launch site. The studio houses an ATEM Constellation 8K, ATEM 2 M/E Advanced Panel, ATEM Streaming Bridge video converter, Micro Studio Camera 4Ks, DeckLink 8K Pro and UltraStudio 4K Mini for capture and playback and numerous converters.

“Whenever I’ve needed a solution, Blackmagic Design has had an answer,” noted Dodd. “Take the ATEM Constellation 8K for example. I thought we would never need 40 inputs, but we are currently using more than half and still expanding. We’re also using half of the outputs already too.” 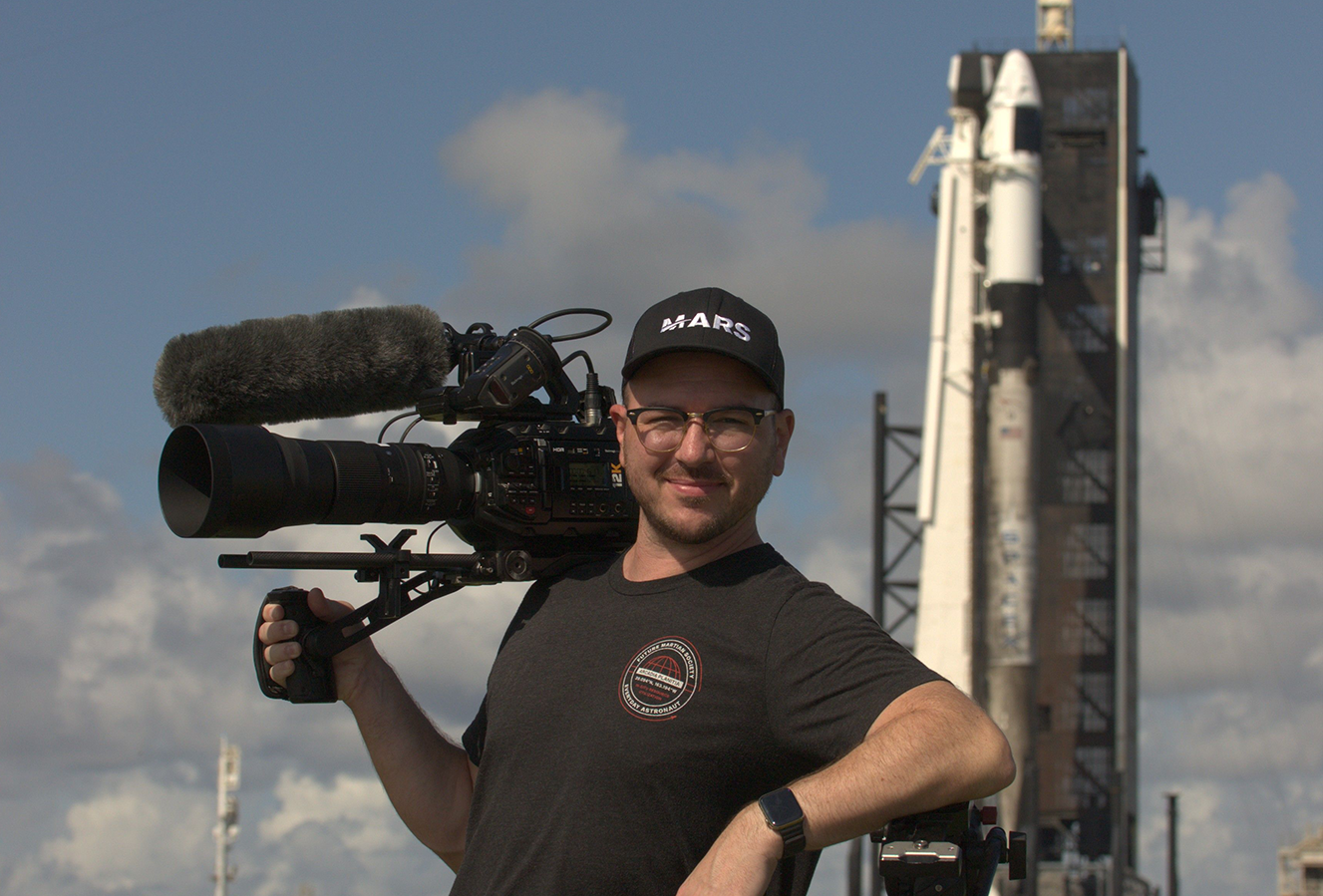 Dodd cited the ATEM Constellation 8K’s SuperSource, standards conversion on all inputs and 4 M/Es as beneficial for his workflow.

“We don’t have to think about formats, which is amazing. We just plug things in, and it works,” he explained. “The ATEM Constellation 8K is effectively producing two shows at once, as we have a live clean feed of just the cameras, as well as a separate feed using one M/E and SuperSource. We prebuild boxes in the other M/Es and can bring that to air super quickly. When investing in a switcher, I told my producer Andrew Taylor that I didn’t want to be told that something wasn’t possible, and the ATEM Constellation 8K is as close to that as you can get.”

According to Dodd, Blackmagic Design has allowed him to create an affordable but robust workflow that’s flexible enough to tackle anything thrown his way. “We can be super light if we are on the road, or we can create a really in depth workflow, for example if we are shooting at the SpaceX launchpad and sending that feed to the Texas Studio during a live stream.”

“Rocket science can be intimidating for people to learn, so I want to bring them answers and spark their curiosity,” concluded Dodd. “I also want people to be able to watch the content in as high quality as possible, which is possible thanks to Blackmagic Design. Viewers come to my channel knowing they will get high quality content that’s fun and easy to understand.” 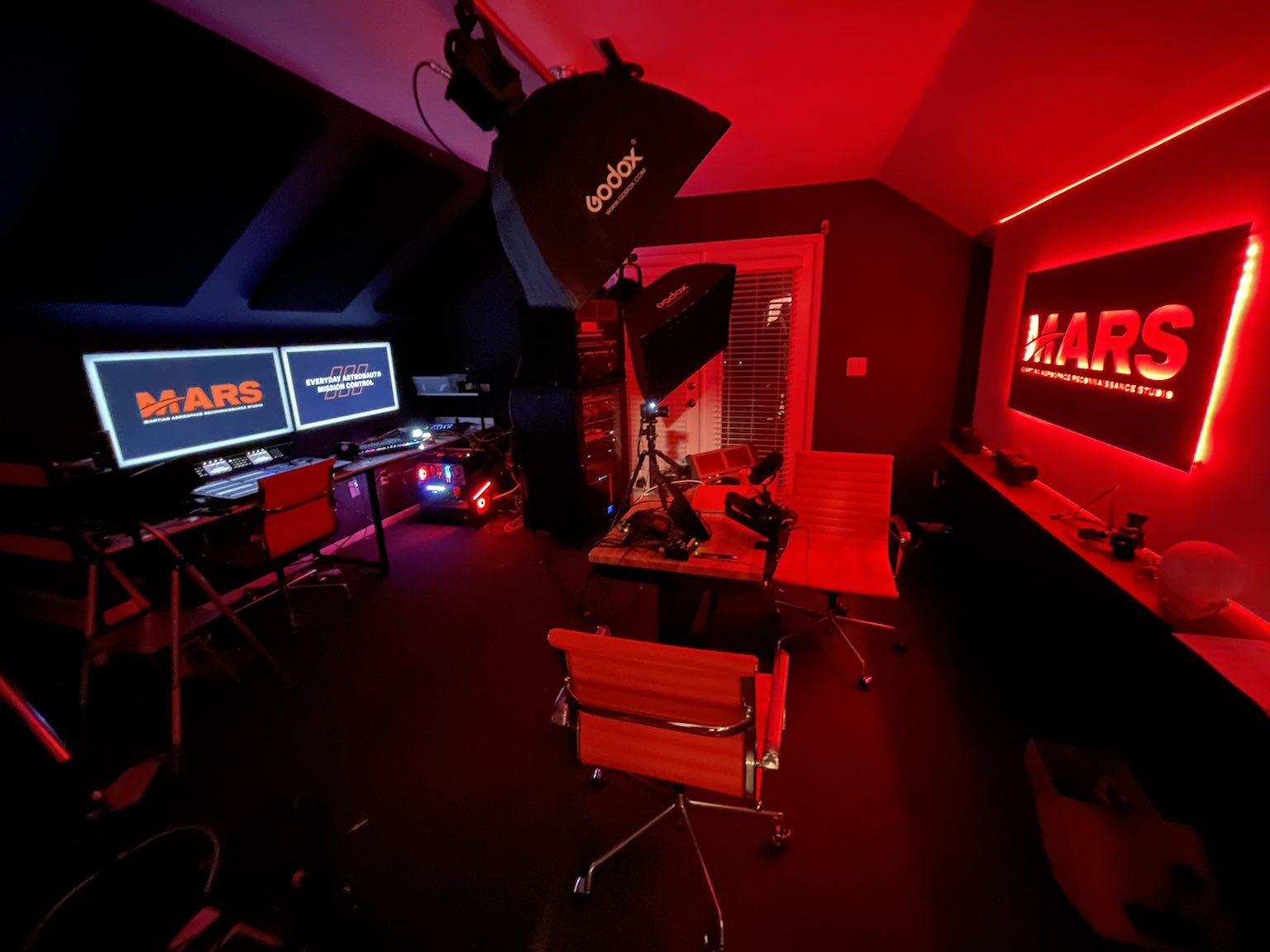