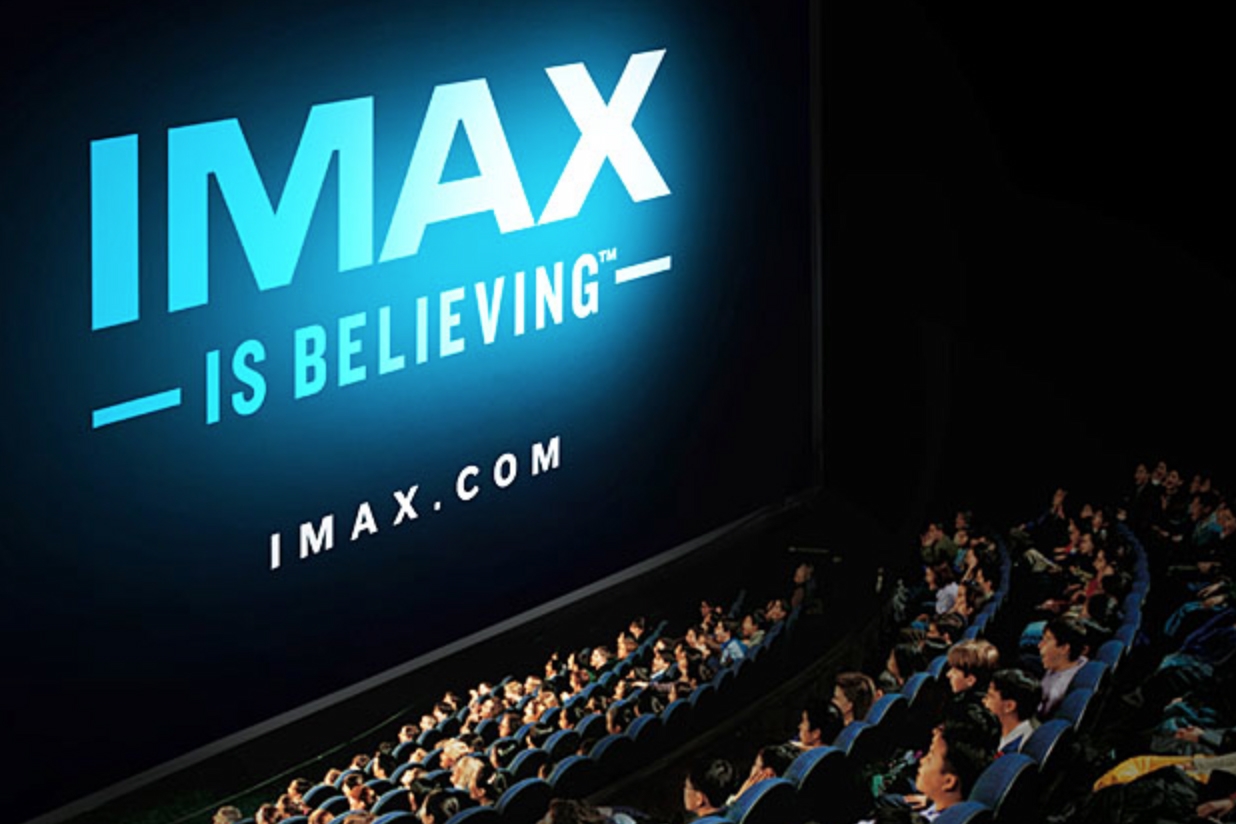 The Evolution of IMAX

Since the creation of the cinematic medium, a multitude of attempts have been made to make the spectacle even grander; some of these attempts were successful, such as adding sound and color; and many of the attempts were not (like Percepto and Smell-o-vision/Scent-o-rama and the like).

The 1967 International and Universal Exposition (Expo ‘67) in Montreal proved to be an auspicious time in the advancement of cinema et al. it brought together people working on separate projects with some striking similarities. Both groups were using multi-projector/multi-screen systems to enhance the cinematic medium. In preparation for this event, one of the teams figured out how to sync-up nine projectors at once.  This was a daunting technical challenge, but ultimately they met with success.  Ivan Graeme Ferguson’s entry into Expo ‘67 was with his Man and the Polar Regions. Roman Kroitor’s entry was In the Labyrinth.

After the ‘67 expo, these two men joined together to help solve their technical difficulties. The newly formed company soon realized there had to be a better way to accomplish their goals than the exact method they were currently pursuing. Together with Robert Kerr, these three gentlemen started the ‘Multi-Screen Corporation.’  The company was soon changed to IMAX (Image MAXimum).  This group, having added William Shaw in 1968 to the Inner circle, obtained funding for a joint venture/film project for Expo ’70 to be held in Osaka, Japan. The IMAX film (the very first) they were producing was Tiger Child.

Some might argue that they obtained this money from the Japanese delegation in 1968 under (at the very least) a highly unorthodox method which could be likened to a ‘Big Store’ con. IMAX met the Japanese delegation at well-apportioned offices in New York (rented and renovated for this purpose just days before) and then a tour of the Montreal office and studio were likewise thrown together under similar creative circumstances for the sole purpose of putting on a good showing for the Japanese delegation.  The saving grace, of course, was that IMAX was able to deliver on its promises, and the Fuji Bank lost no face.

When Expo ‘70 came, IMAX had created several new machines including cameras, lenses, lighting, and sound equipment to support their 6 story high screen, their film frames were 10 times larger than the standard 35 MM films of the day. This radically altered cinematic experience even required a different seating arrangement to optimize the experience.  The radical new design on ‘The Rolling Loop IMAX Projector’ was one of the many new or altered pieces of equipment IMAX had to design to make their official debut at the ’70 expo a success.

The projector was invented by Ron Jones. Inventor Jan Jacobson of Norway designed their 65mm camera in just 10 weeks; it was also able to film horizontally.  At the expo, the audience was rotated thru the viewing area, each audience member thus saw the endless film from a different reference point.  Despite all the new and altered technologies being woven together to create this first IMAX film experience, the company was able to maintain everything continuously within the expo with only one day of down time.

The first permanent IMAX theatre was established in 1971 in Canada. This was at the Cinesphere at Ontario Place, Toronto. Just 2 years later, the first IMAX dome (originally called Omnimax) was built for permanent use at the Reuben H. Fleet Space Theatre in San Diego.  The best IMAX Theater I’ve encountered is in Detroit – the Chrysler IMAX Dome Theater at the Michigan Science Center (which doubled as a planetarium) is awesome!  If you want to see the true effects of IMAX, see a film in a domed theater.  This theater is similar to the IMAX Planetarium Tycho Brahe astrodome in Denmark (pictured), just to give you a point of reference.

IMAX exists on the strength of its innovations.  Originally, all of its films had to be specially made at greater expense than a ‘standard film;’ but over the last several decades, IMAX mainstream use-potential has been increasing. The 1998 IMAX film “Everest” was the first IMAX film to make it to the lofty heights of the box-office top ten.  Then, in 2000, in a joint venture with Disney, IMAX released the first theatrical IMAX film: Disney’s “Fantasia 2000.”

As computer technology evolves and expands, it has become possible to overcome the technical difficulties of the past and convert a number of theatrical releases to the IMAX format. IMAX DMR (Digital Media Remastering) technology helps to facilitate this process of conversion.  The last several years have seen the use of IMAX cameras to shoots some scenes in mainstream movies.

‘The Dark Knight’ has 28 minutes of IMAX camera usage in the movie. That franchise again used IMAX in ‘The Dark Knight Rises.’ Director Brad Bird utilized some IMAX tech in the filming of 2011’s ‘Mission Impossible-The Ghost Protocol’ because it allowed for a more immersive 3-D experience with its bright high quality images. ‘Transformers: Revenge of the Fallen’ has almost 10 minutes of IMAX filming. The franchise also used IMAX again in ‘Transformers: Age of Extinction,’ which came out this year.  A Major blockbuster film has yet to be filmed entirely in IMAX, but it’s clear that sooner or later, it’s going to happen.

It’s the intent of IMAX to create a truly immersive film experience. The company doesn’t just push the envelope. They picked up the envelope and started running. A few of the Innovations you’ll experience in an IMAX theatre are: Advanced Sound Systems utilize a 6-channel sound system, some of the theaters even include a headset that boasts two sound channels for each participant in the IMAX experience; Dome Technology fills your entire field of vision with image; Digital Remastering, as mentioned earlier, helps make more films available for use in an IMAX viewing environment; 3D Technology uses higher-quality images combined with polarized glasses and LCD shutter tech, making for some truly enthralling 3D effects; and 48 frames per second, which is twice the standard fare, greatly enhances the visual detail, making the images not just clean but sharp.

The proprietary IMAX cameras film in 70MM using specially designed lenses. The images it captures are bigger, sharper and records a vast array of subtle colors, and have done so from the depths of the ocean, and on into outer space. IMAX cameras are not small, but improvements in technology offer the potential to miniaturize as well as add additional features. Today’s IMAX has evolved from an ambitious start up into a fitting Legacy for its founders.  See an IMAX fim today – and experience the difference!

IMAX, an innovator in entertainment technology, combines proprietary software, architecture and equipment to create experiences that take you beyond the edge of your seat to a world you’ve never imagined.  Top filmmakers and studios are utilizing IMAX theatres to connect with audiences in extraordinary ways, and, as such, IMAX‘s network is among the most important and successful theatrical distribution platforms for major event films around the globe.

IMAX is headquartered in New York, Toronto and Los Angeles, with offices in London, Tokyo, Shanghai and Beijing.  As of March 31, 2014, there were 840 IMAX theatres (707 commercial multiplexes, 18 commercial destinations and 115 institutions) in 57 countries.

IMAX®, IMAX® 3D, IMAX DMR®, Experience It In IMAX®, An IMAX 3D Experience®, The IMAX Experience® and IMAX Is Believing® are trademarks of IMAX Corporation. More information about the Company can be found at www.imax.com. You may also connect with IMAX on Facebook (www.facebook.com/imax), Twitter (www.twitter.com/imax) and YouTube (www.youtube.com/imaxmovies).