Zulu
THE BEAT:
Home » News » Eyeheight legalisers and colour correctors in Australia for I’m a Celebrity – Get Me Out of Here! 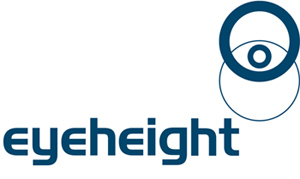 Eyeheight legalisers and colour correctors in Australia for I’m a Celebrity – Get Me Out of Here!

London, England, January 27, 2014: Eyeheight LE-2M legalisers and CC-2M colour correctors have contributed to the successful production of the latest I’m a Celebrity – Get Me Out of Here series, broadcast on ITV in the UK and channel 3e in Ireland. Eyeheight legalisers are also being used during the German follow-on series Ich bin ein Star – Holt Mich Hier Raus! which is currently being transmitted by RTL.

Both series are created in 1920 x 1080 HD at a jungle camp in Australia. Familiar to the shows’ many viewers, the camp is located on the edge of a sub-tropical rain forest stretching from the Numinbah nature reserve to the Springbrook national park.

The Eyeheight LE-2M auto-detects incoming SDI or HD-SDI video and applies the appropriate legalising format. It then ensures that incoming signal video is held within the required broadcast colour-space parameters. Six user memories plus common presets are provided. Additional legalisation features include automatic luma overshoot and undershoot suppression together with luma and chroma gain, black level adjustment, hue rotation, adjustable clipping levels and soft-clipping-knee levels. An ‘out-of-gamut’ indication feed displays overshoot or undershoot severity and shows the user where on the picture any signal correction is being performed. The LE-2M also provides automatic real-time control of perceptual loudness and true peak level.

Eyeheight’s CC-2M colour corrector allows independent real-time adjustment of red, green and blue component levels, master gain, lift, gamma and hue. A preview output provides a configurable split screen showing processed and unprocessed picture. The CC-2M has a dedicated control panel which can be used to control up to six plug-in modular colour correction cards in a single-rack-unit intelligent chassis with easy channel switching. Up to eight panels can be networked. The system also includes a maintenance mode to assist installation.

‘I’m a Celebrity…Get Me out of Here!’ is a reality television series in which celebrities compete. Originally developed in Britain by ITV Studios and first shown in 2002, it is produced by ITV Studios and licensed globally.  Viewers vote in the first week for bushtucker trials and in the second week for who they want to stay in the camp. Money is raised for charity with a donation being made from every call. The last remaining celebrity, after others have been evicted, is crowned King or Queen of the Jungle.