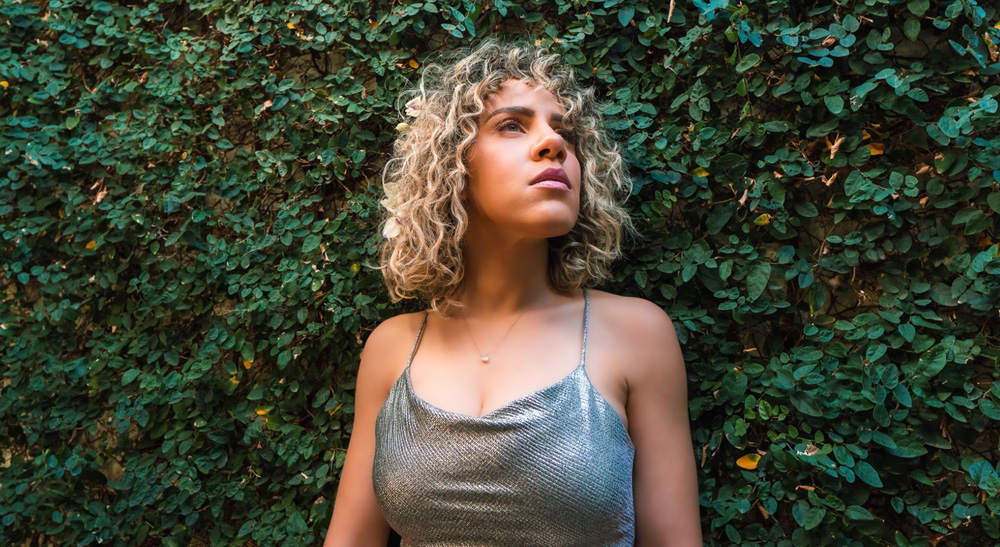 Fremont, CA, USA – Friday, December 16, 2022 – Blackmagic Design today announced that the launch of producer and musician Felice LaZae’s new Web3 visual album “Prologue” is relying on a Blackmagic Design production and post workflow. The launch includes a digital collection with access to exclusive live stream performances on the402.xyz, a platform that helps creators monetize and engage with their superfans through token gated live streams. Additionally, there is a short film set to five songs from “Prologue” presented as a visual album.

LaZae explained, “I’m giving my audience access to unlock my visual album via digital collectible tokens minted on the blockchain. This interactive experience allows them to watch the visual album, as well as play through a series of clues about easter eggs embedded in the video and the making of the album. Plus, they get access to behind the scenes footage, memorabilia, and more. As fans explore the experience, they will discover more digital collectibles that unlock additional exclusive VIP experiences and early access to tickets.”

LaZae is using Blackmagic Pocket Cinema Camera 4K digital film cameras and an ATEM Mini Pro live production switcher to produce the launch’s gated live streams, which included a performance of holiday classics during the minting party for her “Prologue” digital collectibles, as well as the upcoming release party for “Prologue” and a “Felice and Friends on the402” event where additional artists pioneering in Web3 will be featured alongside LaZae.

“I really love the Pocket Cinema Camera 4K’s selection of built in LUTs, as they give my performances a nice cinematic look and feel,” said LaZae. “All the streams will be edited and graded in DaVinci Resolve Studio post performance to upload to the402, so token holders can access the content for later viewing.”

LaZae and her DP Patrick Olguin also used the Pocket Cinema Camera 4Ks and DaVinci Resolve Studio to create the video content for the album’s five tracks. “It’s not just a music video but a full blown short film,” LaZae said. “The concept for this visual album is that I am a murder mystery novelist, and this album is my book. Throughout the film, I am writing the book on an old fashioned typewriter, which is my instrument. We shot all five songs on the Pocket Cinema Camera 4Ks, which captured the visuals beautifully. The camera’s lowlight performance and dynamic range flawlessly captured some darker interior shots and twilight shots outside.”

“Using DaVinci Resolve Studio was key to creating the look and feel of this project. We experimented with a variety of creative looks until we found the right one that matched Felice’s vision,” said Olguin. “The ease of switching between editing and grading meant that I could dial in the shots quickly and without compromising our artistic vision.”

With this album launch, it was important for LaZae to create something special for fans and highlight musicians who are pushing the boundaries of content creation in the Web3 space.

“I wanted to direct the visuals to feel like a film while including interactive elements that you don’t normally get with conventional videos,” she said. “I chose Blackmagic Design because of the quality and affordability of the gear, which ultimately translated to my live streams, visual album, and overall content. It’s a great way to produce professional looking video without breaking the bank.”

LaZae concluded, “By using a combination of music, visuals, and interactive elements, I want to show audiences how blockchain and Web3 technology can create unique experiences and meaningful interactions between fans and artists. I want people to feel both happy and a sense of ownership when they access content that only my Web3 digital collectibles can provide. This is similar to how we felt in the past when collecting physical music albums, which is something you don’t quite experience with streaming platforms but is a great addition to the listening and viewing experience.”

To learn more about Felice LaZae and her upcoming projects visit www.felicelazae.com.