Action sequences seem necessary in today’s filmmaking experience, and over the decades, the bar of expectations has undoubtedly risen. From Hollywood films to TV shows, we have had character confrontations evolve from a match of fisticuffs to full-on martial arts extravaganzas.

So you’ve spent narrative equity establishing the plot and building tension, and now it’s time to film that big battle. Let’s look at some fundamental elements that can make or break a fight scene. 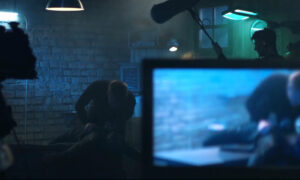 Regardless of how fight scenes are implemented, they should still be used as a storytelling device and move the plot forward, even if it serves as an emotional discharge of the characters or sets the audience in a mindset. A fight scene should be more than an excuse to “just show action.” If your audience isn’t invested, they likely won’t be as impressed.

Keep your characters accurate to who they have been established to be. If your main character is established as weak and bumbling but can suddenly take on an army of villains in hand-to-hand combat, you’re likely to lose the suspension of disbelief. Maintaining a tone of consistency and personality will elevate the action sequences.

Jackie Chan is a beautiful example of this. He’s an incredibly skilled martial artist, and most people honestly watch his films for the action. But Chan stays true to his characters. He typically plays passive heroes trying to avoid confrontations, and his action sequences reflect this. When faced with danger he doesn’t turn into Rambo and mow down his attackers. He runs. Frantically. The best of his fight scenes is when he tries to escape a fight.

You can have a dialogue exchange during combat or use character choices to advance the story. The debate of showing mercy or not is a central theme in The Karate Kid and Cobra Kai franchise, and in one moment, a “villain” character chooses to show compassion during a fight, and the “hero” decides not to. This significant story development took the series in an exciting direction.

Fight scenes are fun, but they should still tell a story. 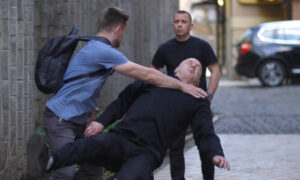 One of the three essential ingredients to a successful visual experience is how a fight scene is choreographed. Directors, actors, and stunt performers should know precisely what to expect when filming a fight scene sequence. There are several reasons for this.

First, it creates a safer working environment. Stunt teams often need to be on the same page, and if all the actors know a scene will involve grabbing a stick and swinging it around, they can mentally prepare for it. Safety is paramount, and everyone involved should be on the same page.

The choreography also creates intent. Actors who have practiced a sequence multiple times will build confidence in their performance, and that confidence will translate on screen as intentional actions.

Choreography can also create a more convincing performance. There is an expression in the martial arts that goes, “fear not the man who has performed 10,000 techniques, but the man that has practiced one technique 10,000 times”. It is not necessary to teach an actor an entire martial arts system, but rather have them repeatedly practice the specific moves they need for their scene. This repetition will create believability.

The level of choreography will, of course, depend on the film’s budget. Giant blockbusters can afford months of mat training and practice before the cameras roll, but most smaller productions don’t have that luxury. In the end, choreography provides a safer and visually convincing experience, as well as saves time instead of “figuring it out” while filming. 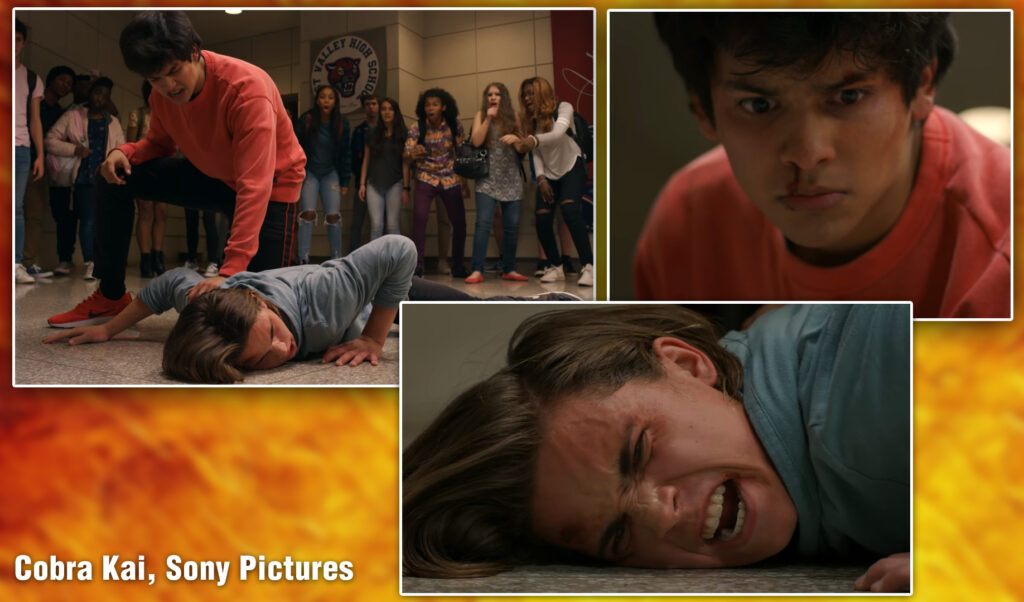 How you film the scene is the second key ingredient. Many creative cinematic tricks can be performed in-camera to make fights stand out on screen. One critical distinction is that real-life and cinematic fighting are entirely different animals. What works on-screen often won’t work in an actual situation, and vice versa.

First, the camera captures motion differently than our eyes do. Often more elaborate moves work well on screen but would be detrimental in a real fight. Film stuntman and tactical choreographer Aaron Cohen said, “On camera, things need to be bigger. It’s the antithesis of what works…(In real fights) you want everything tighter and smaller because of the economy in motion. The camera doesn’t necessarily like that; the camera needs to see things moving.” So often, more prominent and flashier moves look better on camera.

Camera angles also play a major part in the illusion. In most films, actors aren’t striking each other in the face. Usually, there is a margin of space from a few inches to a foot between the actual swing and the intended target. With the camera positioned in the proper perspective, the contact can be implied, especially with a solid reaction from the receiving actor. Zooming in or using a longer lens can help compress the image to sell the action further. 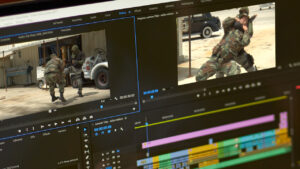 How your fight scene is edited is the final and sometimes most critical piece to selling a great fight scene. Editing will set the pace and intent of the scene and is a storytelling device. In John Wick, the fight scenes in which Keanu is fighting for his life are cut quickly, frantically, and with multiple angles. It creates a visually exciting frenzy. The fights where he out skills his opponent are often shown in lingering wider shots—more in control, less frenzy.

Editing can also create the illusion of a slightly faster fight. Cutting on the action—such as throws, takedowns, and strikes—also offers the option to shave off a few frames in between, condensing the cut and making the action look sharper and faster.

Clever editing can also often hide the actors’ lack of skill or fighting ability. To return to the Cobra Kai example, Ralph Macchio—despite being “The Karate Kid”—doesn’t have real-life martial arts experience. He has relied strictly on the choreography he has received. In a brief fight scene between Daniel and Johnny in Cobra Kai season 2, the editors creatively cut in shots from the tournament scene from the original film. These retro shots intercut (on the action) between quick close-up moves of the actors created a much more convincing fight sequence than had we seen it play out in a wide shot.

Edit the scenes based on the need of the narrative tone you’re using.

A fight scene should engage the audience while staying within the context in which you set your story. Let your characters make choices through actions. Taking advantage of precise choreography, creative camera placements, and meticulous editing will be what gives your fight sequences a real kick.