Filming Miniatures with Water and Fire 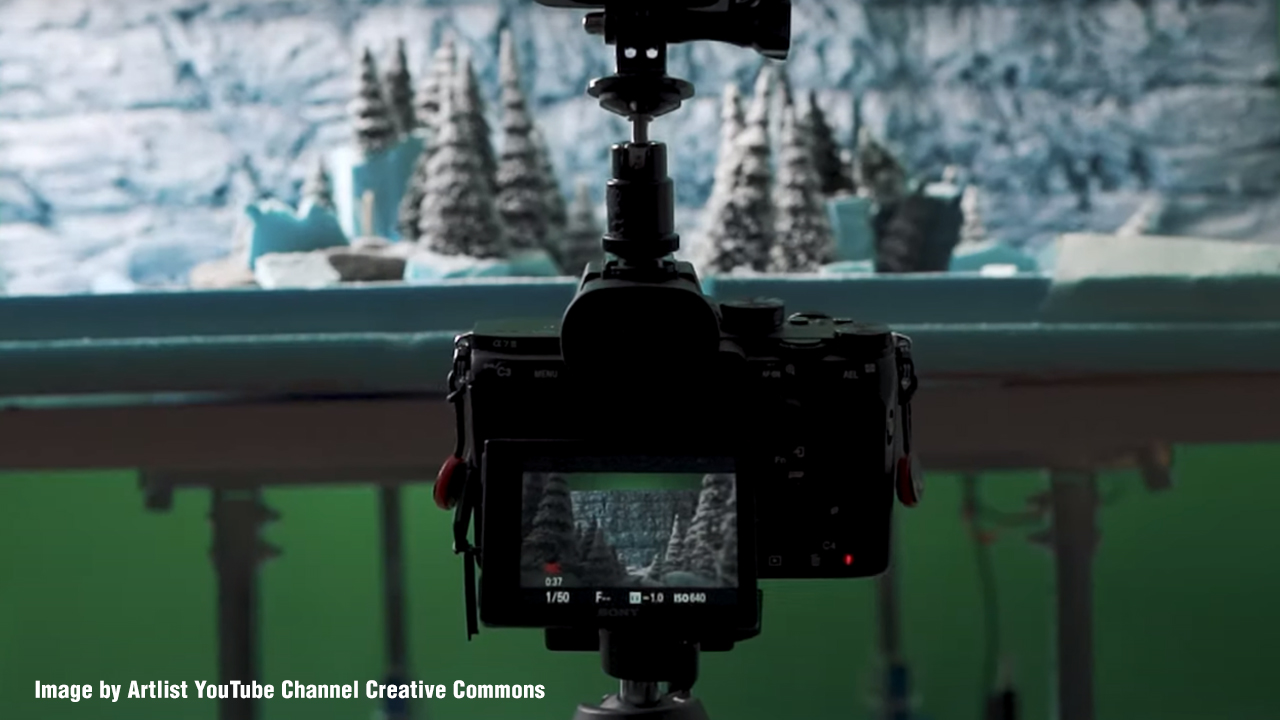 In the days preceding the age of CGI special effects, filmmakers had to rely on crafty set pieces, matte shots, and often miniatures if they wanted to create some on-screen dazzle. With the introduction of computer animation combined with today’s powerful rendering engines, there aren’t many effects that can’t be done anymore.

However, as capable as CGI effects are, the industry has reached the point where computer-generated effects aren’t always the most cost-effective. Miniatures are still used today (for example, the Razercrest ship in The Mandalorian) in place of, or combined with, CGI.

The art of miniatures is a fine-tuned craft. However, despite technological advancements, there are still two things that cannot be miniaturized and pose a challenge to filmmakers today: fire and water.

There are a lot of factors that go into making miniature models and sets that come across as convincing on camera. The human eye is excellent at picking up depth and scale detail, so if the shot isn’t composed in specific ways, the effect may appear shoddy or fake. 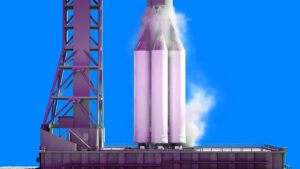 One of the most important considerations when creating miniatures is the amount of detail you can apply to the model, which depends on the model’s scale or size. The larger the scale, the more detail you can apply. A spaceship model that is 1/4 scale (meaning the model is a quarter of the size of an actual ship) will allow more detail than a model that is 1/8 scale (eight times smaller than the actual size).

Shooting at higher framerates, called “overcranking,” will allow the footage to play back at a slower but smoother speed. Shooting models and camera moves in overcranked shots will imply visual weight on screen and may help sell the illusion of something being more prominent than it is.

In forced perspective shots with miniatures, placing (or superimposing) full-sized people or objects in the foreground and background can help blend the effect in and look more natural.

Camera placement and lens selection also play a massive role in selling the shot and is a craft in and of itself. Sometimes, longer lenses with the camera further back can flatten the image and help blend foreground and background layers. Alternatively, placing the camera close to a model with a wide angle lens can make it appear larger and give it some scale.

These are a handful of tactics to help sell the scale of miniatures in general, but a problem remains when using fire and water; they don’t scale. So what are some ways to get around this?

Water is a tricky element to work with when it comes to miniatures. Due to surface tension, water droplets only scale down so far, and the smaller the models used, the larger the water will look, often to the detriment of the effect. There are a few common tricks used to circumvent this. 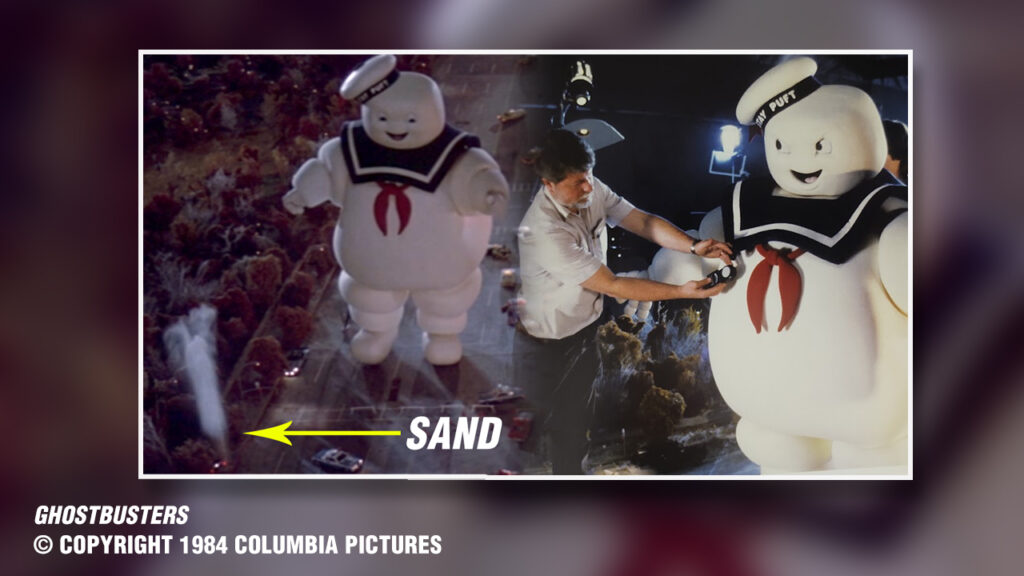 Salt and sand are often used to stand in for water in extreme wide shots that need to show large amounts of water moving fast. 1999’s Star Wars: Episode I The Phantom Menace and 1984’s Ghostbusters are prime examples of this technique. At the end of Ghostbusters, we see a 100-foot marshmallow man stomping down New York City streets. A stunt actor achieved this effect in costume parading on a miniature set. In one particular wide shot, we see a fire hydrant erupt with a jet of water into the air. The effects team used a burst of sand to simulate water spray to achieve this effect on a miniature scale. In The Phantom Menace, we see a wide establishing shot of the planet Naboo. The city was a full miniature, complete with a waterfall, but since water doesn’t scale down, a stream of salt was used to simulate the cascade down the cliff. Add in slow motion, and you have a simple but convincing trick. 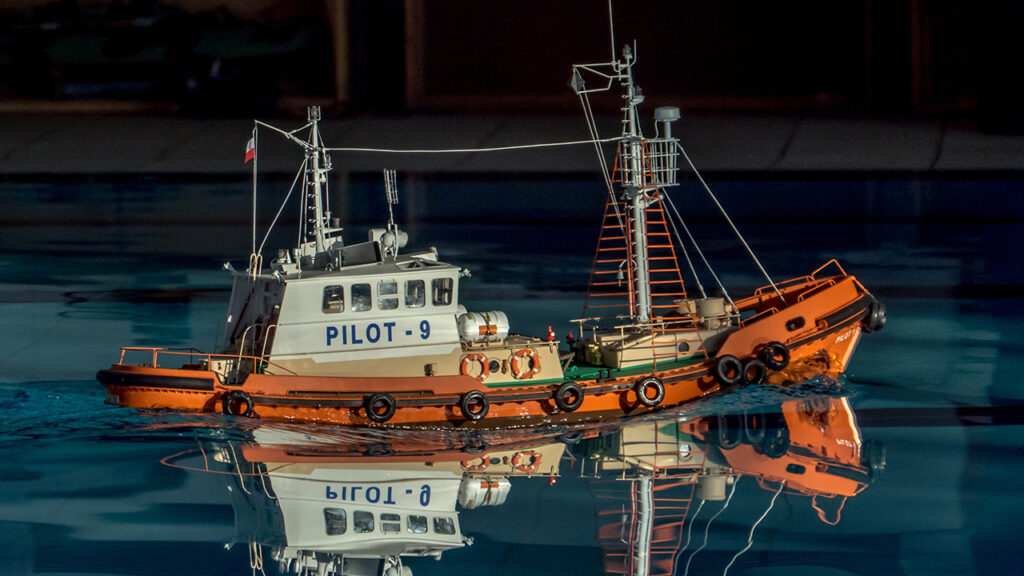 Another slow-motion tactic used in older films was to place large-scale model ships into a water tank. An electric fan off camera blew onto the water, sending out waves of tiny ripples on the water’s surface. When filmed at a higher frame rate and played back, those small ripples appeared to move as natural waves, helping sell the effect. 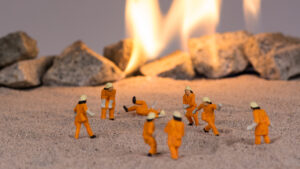 Like water, fire doesn’t scale down, and having large, fast tendrils flickering against a miniature is a dead giveaway. When it comes to scaling fire, the trick is in the detail. The more elements you can include, the better you can sell the effect. And with all miniatures, the larger the scale you can produce, the better.

The detail will be in the debris if you’re filming an exploding miniature. A nice fireball plume is nice, but adding sparks and small bits of debris will add so much texture to the effect and enhance the aesthetic of the effect. Many effect studios will use dry powder charges, so the blast will produce a rain of sparks that will slowly burn out (versus liquids that can stick to other surfaces and be harder to manage.) If you’re blowing up a model having splinters of wood or small pieces of debris only adds to the realism.

The frame rate will play a big part in making the fire look larger than it is. You’ll want to film at least four times faster than playback (or more, if possible). If your project is 24fps, overcrank your camera to at least 96fps (or 120 if your project is 30fps). If you can get a rolling fireball, especially with any added smoke (the darker, the better), and shoot at this frame rate, you’ll have a great chance of making it appear much larger.

1996’s Independence Day featured extensive miniature work, and they used a similar technique when showing a rolling wall of fire pouring down the city streets. Filmmakers built a miniature set of the roads and buildings and suspended it vertically. They then filmed a fireball flaring up through the model. The illusion of the expanding fire wave was achieved when the shot was rotated and played back at the slower frame rate.

In the modern days of cinema, CGI plays an extended role in creating significant cinematic effects. Even for lower-budget productions, libraries are available for purchase, including pre-keyed effects such as fire, explosions, and debris that you can import and layer into your shows.

But even with these tools, the art of miniatures is still used today, and by implementing a few key details into the effort, the effect becomes special.