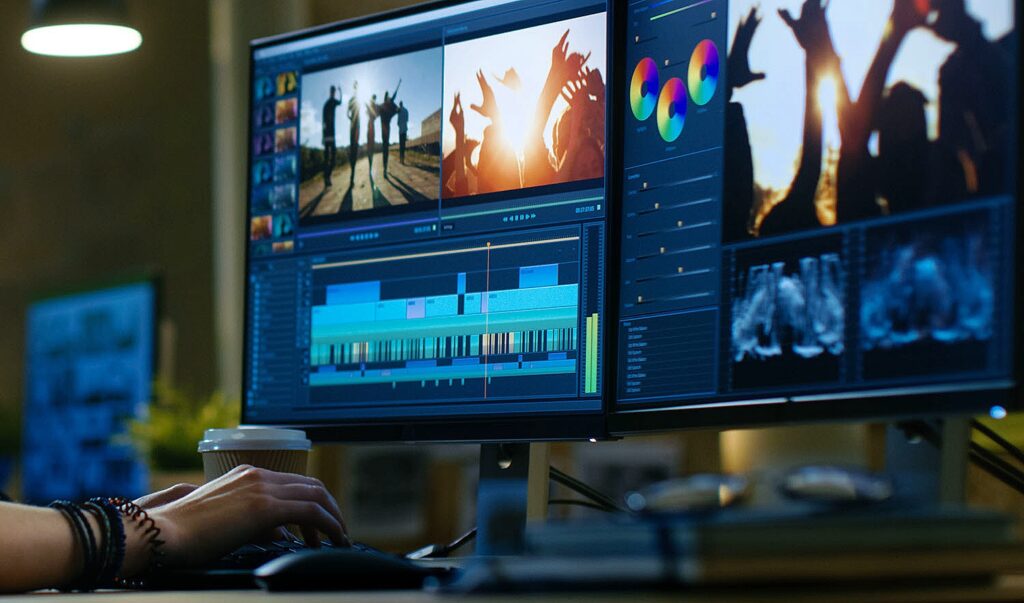 Viewing video clips by eyeball is a very deceptive practice. Flaws in video — especially color errors — can easily be missed when viewing with just the human eye.

The reason is humans use their eyes and brains to subconsciously self-correct the color of images. Variances in display technology also can distort what an image actually looks like. Some video problems are more obvious, such blur in the image; too much contrast; weirdly off colors; low resolution; or too much noise. These are easy to spot, but some flaws simply can’t be seen by the human eye.

This is why professional video editors depend on a set of tools in the edit bay and on a high-quality preview monitor to search for flawed images during post-production. These viewing tools evaluate, measure and deliver an accurate display of a video image on this precision monitor. Using and understanding the tools ensures that the audience sees the video as it is supposed to be.

Screen overlays — especially the action safe and title safe guides — are useful tools for staying out of trouble. When the action safe guide is on, two concentric rectangles overlay the video image on the outer edges of the preview monitor. These boxes provide a forecast of what will be safely in the video’s frame when it is viewed by the audience. 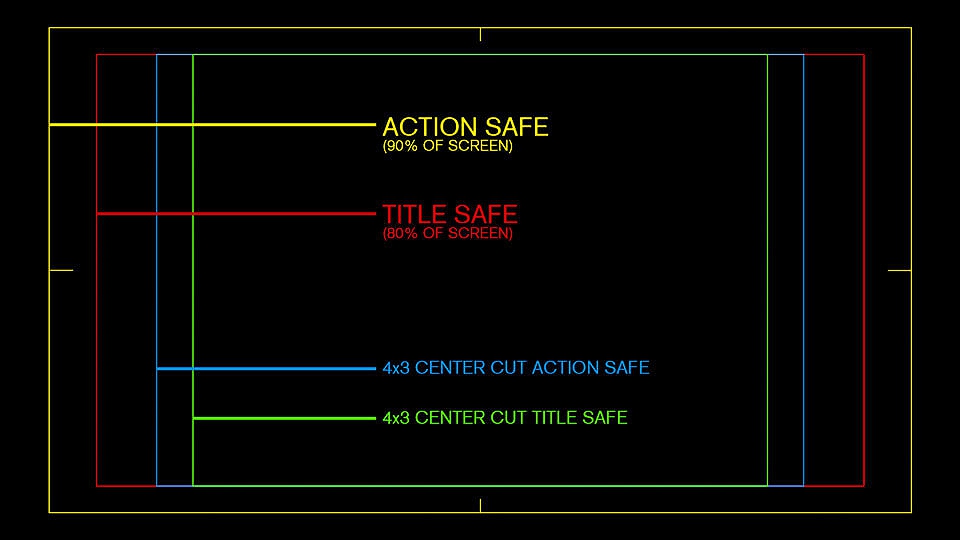 The outermost action safe rectangle means that anything that happens within this area is generally safe to be seen by the viewer. This lined box also establishes a perimeter within the video.

The inner rectangle of the title safe guide establishes an area for any titles or graphics that are placed in the video. Any part of the content that comes within this area is safe to be seen by the audience. It will not be cropped out of the final viewing device.

Video editing applications include scopes to help calibrate and align the color qualities and brightness values of the video image. These tools offer an accurate measure of the chromatic and luminance values within a given scene. When used correctly, they provide an unbiased analysis of these values. This allows adjustments to the parameters so the video output will have accurate colors.

Another important tool is a waveform monitor, a type of oscilloscope used to measure and display the level — or voltage — of a video signal with respect to time. Waveform monitors are found in both hardware and software form. This monitor displays the luminance attributes of the scene. It shows the grayscale values with the brightest values at the top of the screen, moving down to the darkest values at the bottom.

Most of the time, editors keep all values within the image between 0 and 100 to make sure highlights aren’t blown out and blacks don’t get crushed. The best practice is to keep the setting between the pure white 100 line, second from the top, and the true black zero line, second from the bottom.

Waveform monitors are often used in conjunction with a vectorscope, which measures the overall chrominance, or color values, of the image. It’s laid out in a radial format with specific color targets marked on the scope. As the point moves away from the center, the saturation value gets higher. Equipped with a color card in the field and a vectorscope in the edit bay, color correction is easier to accomplish.

Another type of scope, the RGB parade, measures the luminance values of the separate RGB channels. This is useful when trying to balance the overall color of an image. It works a like a vectorscope, but instead of whole-picture luminance, the luminance values for each of the color channels is revealed.

Display monitors come from many manufacturers in all shapes, sizes, technologies and cost points. Just as with choosing a loudspeaker to reproduce accurate sound, it is common that a video image appears different depending on the display. There is no way to prevent this, but professional editors know they must have their own master monitor properly calibrated to maintain a level of accuracy in the post process.

This calls for a screen calibration device and the software to set up the main monitor so its colors are an accurate representation of the video being edited. Only when this monitor is set-up correctly and the diagnostic tools are properly used, can the editor judge the true accuracy of the video

With consistency of video a major factor in modern post-production, it is important to work with the available measurement tools. Trying to do this by simply looking with the naked eye, can lead to disastrous results.