You have skills working in the film or television industry and want to move to Florida. But, once there, how do you meet others in the same business and stay up-to-date on the latest media technologies? Florida’s Women in Film and Television (WIFT) has you covered. 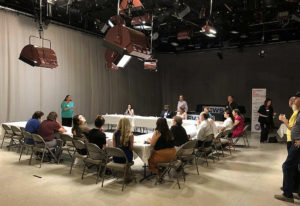 First of all, this statewide organization of working film and television professionals is not made up of ALL women. In fact, of the more than 400 members in six branches throughout the state, 40 percent are men. So the name itself is a bit of a misnomer.

WIFT is a non-profit organization all about education and networking. It focuses on workshops on the film, television and digital media crafts. For example, it recently held workshops on the ARRI Alexa 35 digital camera in Orlando; on Blackmagic Design’s DaVinci Resolve editing system in Tampa; and on virtual production at BrandStar Studios in Deerfield Beach.

“We lost a lot of members during the pandemic, but now our membership is the best ever,” said Jennelle Jordan, an Orlando-based producer and statewide president of the organization. “Now, thanks to our in-person workshops and networking events, we are bigger than before the pandemic.”

WIFT is a multifaceted organization that supports a range of industry professionals — from grips and makeup artists to actors and models. Its members work on television series, feature films, commercials and other media projects made in Florida.

In addition to working professionals, Jordan said WIFT assists students from elementary school to college age who are interested in learning about the media industries. “We put our money where our mouth is and offer scholarships for student members going to higher education facilities, as well as grants to members for various projects.”

With its headquarters based in Orlando, WIFT covers the entire state of Florida with six regional branches. The regional groups include South Florida, Tampa, Jacksonville, Daytona Beach and Melbourne.

Bianka Krausch, who owns the Talent Direct Agency in Delray Beach, heads the WIFT’s South Florida branch. She is anticipating that the construction of the new $164 million Fort Lauderdale Studio, a 350,000 square foot production complex with eight sound stages will dramatically increase the region’s membership.

“Right now, we’re building a workshop series where once a month a specialist in different media fields offers education to our members — whether it’s cameras, audio, script writing, budgeting or how to get a project seen,” Krausch said. “We also want to get involved in educational opportunities at the new film studio complex when it opens.” 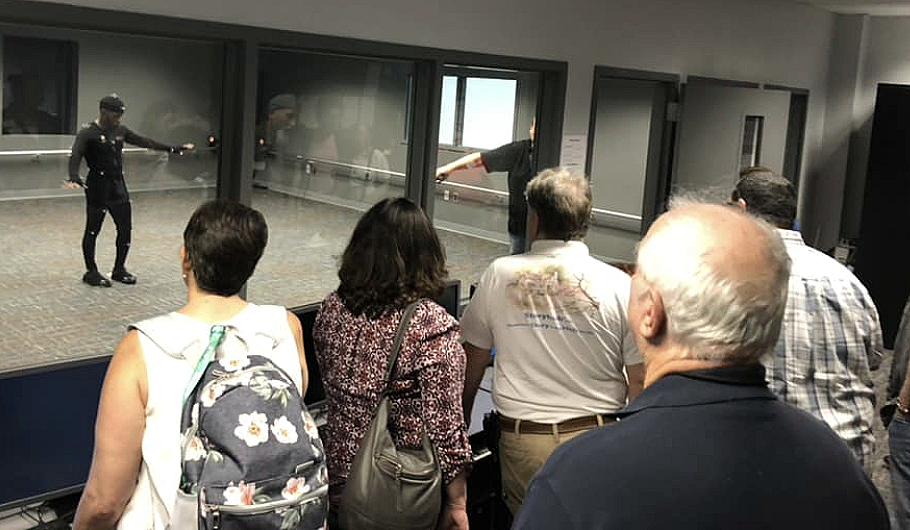 Though Krausch’s business is talent, she said actors and creative people also want to attend the technical classes. “Actors are also seeking the same connection as other industry professionals,” she said. “They want to learn more than just acting — they want understand how the whole set operates.

Specifically for acting talent, she said, the organization plans cold readings and to have workshops focused on how to audition for casting directors and acquire professional headshots that get noticed.

“Whether it’s an entry level introduction or a deep dive into a specific subject, we try to do a little bit of everything to help our members navigate this business,” Krausch said. 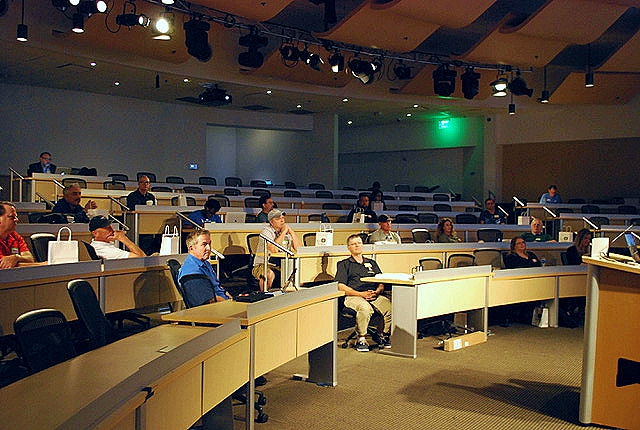 To introduce its members to Florida’s production facilities, WIFT hosts a series of studio tours throughout the state. She said the studio tours have been popular, drawing from 60 to 70 members for each tour.

“More than anything else, the reason I got involved in Women in Film and Television is because it’s a community. We believe that our markets are only as strong as the community that operates within it,” said Krausch.

“I’m from Pennsylvania and I filmed down here on a series (Forensic Files) because it was too cold to shoot outside at home. The whole crew came here. I loved it so much, I moved to Florida. When I relocated here, this organization really opened up a world for me from a networking and education standpoint. Now, I’m really just looking to pass it on to others like me.”