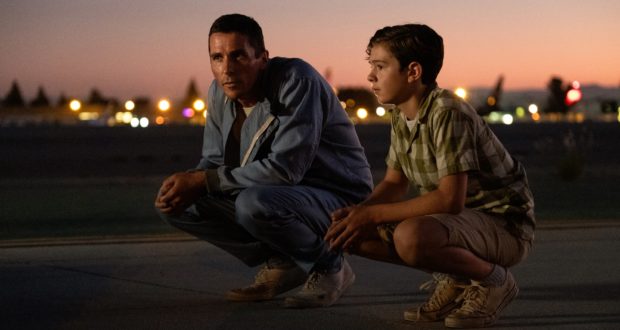 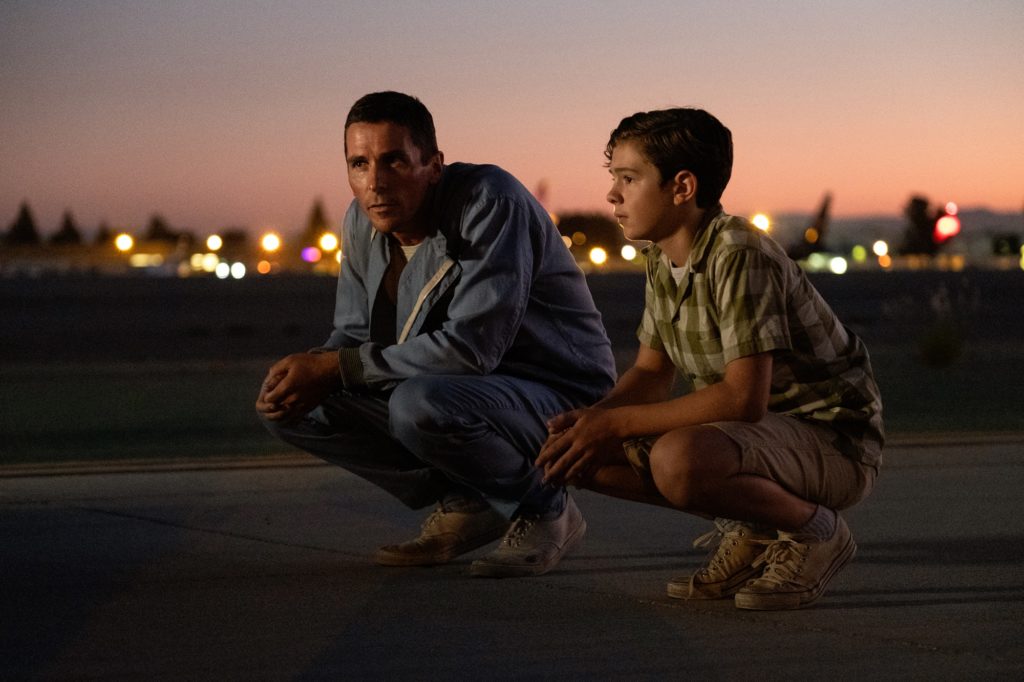 Directed by James Mangold, the film follows the true story of car designer Carroll Shelby (Matt Damon) and test driver Ken Miles (Christian Bale) as they work to build a revolutionary sports car for Ford Motor Company in their bid to outperform Ferrari at the 1966 24 Hours of Le Mans.

Cinematographer Phedon Papamichael looked to earlier inspiration for the look of the film, in particular the 1966 “Grand Prix” starring James Garner. “Grand Prix was a classic cinemascope, 70mm Kodak picture, and I just loved the framing and simplicity of it. Back then, they didn’t have this technology of tracking cars with fancy cranes and drones… It was very important to us to convey that these little machines are just a few nuts and bolts holding together this gigantic engine. Not really having braking ability, and the danger and the intensity of what it’s like in a race car.”

Despite the film’s setting in the mid 1960’s, Kimball and Papamichael, who had worked together on three previous projects, were resistant to creating a “vintage” look out of the box. Instead, they developed a unique LUT early in the process. “We developed the show LUT during camera testing,” said Kimball. “It was important that the film evoke a period feeling without feeling like an old movie.”

Typical practices of desaturation or “aging” would not be acceptable. Kimball wanted the film to feel like the 60’s, as if actually there. During pre-production, Kimball researched classic styles from a variety of sources. “I often referred to my father’s old car magazines from the period. This gave me a great sense for the look of the time, that the car manufacturers, marketing people and photographers designed.”

Throughout the film, the style adjusts based on the setting as well, from the Ferrari factory to the race at Le Mans. “The early scenes of the Ferrari factory have a dreamy quality compared to the more steely and industrial feel of the Ford Factory,” said Kimball. “This compliments the different philosophies the manufacturers had. Shelby’s garage is a blend between the two.” And while the period affected the style of the film, Kimball found inspiration from other sources as well. “’The Godfather’ was a huge inspiration for Lee Iacocca’s negotiation with Enzo Ferrari.”

DaVinci Resolve played a critical role not only in grading the film but also enabling fast reviews and continuous visual effects updates. Conformed in Resolve, “Ford vs Ferrari” relied on EFILM conform editor Tashi Trieu to keep up with the cut and provide director James Mangold the ability to audition looks and versions easily. “Because it was conformed natively in Resolve, we could offer our clients complete flexibility in the DI theater,” said Kimball. “When the director and picture editor Mike McCusker wanted to experiment with the timing of a particular VFX sequence, we could audition edits right there.” Changes could be tested on the big screen, and accompanied by the surround sound mix, allowing them to truly evaluate looks and changes in a high quality environment.

Kimball took advantage of Resolve’s native tools in a variety of ways. Shot on at least seven different camera flavors, Resolve’s resolution independence allowed Kimball to work with all footage in their RAW format, and 15 different sizing procedures. Resolve’s Camera Shake tool was used frequently to help match the energy between shots, sometimes adding to what VFX was already doing.

“Ford vs Ferrari” presented the team with a variety of challenges, but none more challenging than the final race at Le Mans. Shot across five different locations, the diverse footage required Kimball to match the characteristics of the light, the sky and the time of day. “The scene is so intense and exciting and, like Ken Miles, all anyone should be focused on is the race,” Kimball explained. “Jim was insistent that the look never go over the top. He’s such an experienced filmmaker that he sticks with subtle details, in line with the nuances of photorealism.”

Mangold had a clear vision for the sequence and had very specific direction throughout. “That whole sequence is a product of our combined inspirations and experimenting with different looks together.”

Press Photography
Product photos of DaVinci Resolve Studio as well as all other Blackmagic Design products, are available at www.blackmagicdesign.com/media/images.