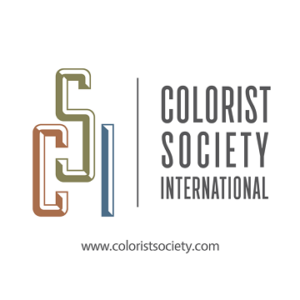 HOLLYWOOD— Three founding members of Colorist Society Hollywood, a newly-formed chapter of the global Colorist Society (CSI), will discuss their group’s ambitious plans for promoting their craft in a special session at NAB Show 2022 in Las Vegas. The session is scheduled for Sunday, April 24 at 9:15 AM in the Las Vegas Convention Center, North Hall (N255-N257).

At NAB Show, Levinson will review the origins of video color grading; Daro will discuss color and virtual production; and Walter Volpatto will provide a detailed description of his work on recent projects including Winning Time: The Rise of the Lakers Dynasty.

Lou Levinson, CSI. One of the industry’s top colorists for more than three decades, Lou Levinson helped to craft the look for such classic films as Raiders of the Lost Ark, Indiana Jones and the Temple of Doom, E.T. the Extra Terrestrial, Empire of the Sun, Batman and Batman Returns. Currently with Apple, he has held senior positions with MCA, Technicolor, PostLogic Studios and Modern VideoFilm, among others. Originally from Northbrook, Illinois, Lou earned a Bachelor of Arts degree in design from the University of Illinois, Chicago and a Master of Fine Art from The School of the Art Institute of Chicago. He began his career with Columbia Pictures.

Walter Volpatto, CSI. A senior colorist at Company 3 in Hollywood, Walter Volpatto was nominated for a 2019 HPA Award for his work on the film Green Book. His more than 100 credits also include the features Star Wars: Episode VIII – The Last Jedi, Dunkirk, Midway and Independence Day: Resurgence, as well as the television series Winning Time: The Rise of the Lakes Dynasty and Queen Sugar. Having grown up on a farm near Turin, Italy, Walter began his career as an engineer and visual effects artist. He got his start in color in 2002 with Cinecitta in Rome before relocating to the U.S. a year later to join Fotokem. He has been with EFILM since 2018. Over the course of his career, he has forged close relationships with many top directors and cinematographers, the former including Christopher Nolan and Roland Emmerich.

John Daro, CSI. John Daro is a Lead Digital Intermediate Colorist at Warner Post Production Creative Services, a division of Warner Media. He has performed color grading/color correction on many feature films, television pilots, commercials and music videos for all the major studios and many independent producers. John started his career at FotoKem, where he was twice nominated for HPA Awards for Outstanding Color Correction in 2013 for Behind the Candelabra and in 2015 for The Boxtrolls. He also pioneered post-production techniques including 3D conversion and HDR tone mapping. At Warner Post Production, he created a technique using machine vision to auto-segment images into mattes for color grading or stereoscopic conversion. Building on the AI model, he subsequently invented Matchgrader, a process where images are artistically color-graded based on reference imagery.

About the Colorist Society

Colorist Society (CSI) is the first professional society devoted exclusively to furthering and honoring the professional achievements of colorists. It is an educational and cultural resource to the colorist community, the entertainment industry and the public. Membership is open to professional colorists, DITs, telecine operators, color timers, finishers, restoration artists and color scientists. CSI hosts regular meetings as chapters worldwide. It also is a regular participant in industry trade shows and other events. The organization is currently planning an awards competition to honor outstanding achievement to the art and science of color grading.