Wayne, N.J.– FOX Sports has adopted what the network considers a ‘best of breed’ 4K imaging system for its NFL regular season coverage and this month’s Super Bowl XLVII coverage – the Sony F55 CineAlta digital motion picture camera paired with a FUJINON PL 85-300mm Cabrio lens. The combination has been so successful, FOX Sports used two of its F55/Cabrio pairings to capture close up shots during NASCAR’s Daytona 500 on February 23rd and coverage from Budweiser SpeedWeek events leading up to the big race, marking the first time the network employed the duo for its auto racing coverage.

Michael Davies, FOX Sports’ Vice President of Field and Technical Operations, looks forward to extending the network’s high-resolution imaging to auto racing. “We can use these cameras and lenses to zoom into an area with little or no resolution lost,” said Davies. “For auto racing, we’ll be able to shoot the pits and any accidents may that occur in great detail. We can capture the different things that can happen simultaneously in an incident – what caused it, who got caught up in it, and who got away – all in one shot. We can also take the viewer closer into the pits in a way that far surpasses what we’ve done before.”

During the Seattle Seahawks’ 43-8 Super Bowl win over the Denver Broncos on February 2nd, six Sony 4K cameras were lensed with FUJINON PL 85-300 and PL 19-90 Cabrio’s. They were used to capture close calls at the field’s sidelines, goal lines and end lines. During the regular NFL season, one Sony/FUJINON 4K combination was used though out the season to capture potential close calls. 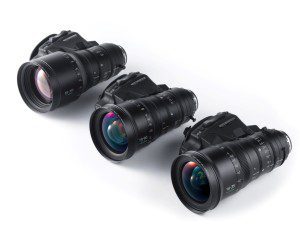 This is the third year FOX Sports has employed 4K imaging for its NFL coverage with a Sony/FUJINON package. Davies believes this represents the best of today’s 4K imaging technology: “We used this camera/lens combination to great effect throughout the NFL season. It’s a highly compelling tool to show exactly what happened in vivid detail. We can zoom into a foot, a hand or even piles of players to determine if it was really a catch or a fumble. Was he in or out of bounds? I think this package will become ubiquitous for football coverage.”

The Cabrio zooms affords FOX Sports the greatest magnification and versatility possible using a 4K camera with a PL mount. “Previously, we had to use light-sucking adaptors with our lenses, but the Cabrio’s, with their native mounts, work beautifully with the F55’s, which is particularly evident in nighttime and low-light situations.”

“We’re honored to have been a part of FOX Sport’s 4K Super Bowl coverage this year,” said Thom Calabro, FUJIFILM Optical Devices’ Director of Marketing and Product Development.  “Having our lenses contribute to the success of such a significant sporting event for FOX Sports is a proud achievement for us all at FUJIFILM.” 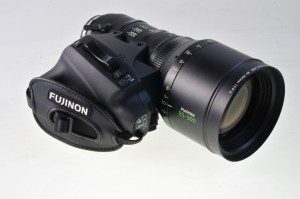 The high-performance FUJINON Cabrio zoom lens were designed using the latest optical simulation technology, offering exceptional optical performance in both the center of the image and in the corners of the frame. The PL 85-300’s longer lens makes it ideal for professional cinematographers and videographers. The PL 85-300 offers a focal length of 85-220mm at T2.9 and 300mm at T4.0, the PL 19-90 is T2.9 end to end, both with 200-degree focus rotation.

All product and company names herein may be trademarks of their registered owners.