A global network of content creators and brands focused on creating engaging entertainment across social media channels and its own subscription service, Fullscreen Media creates and supports content over a wide range of platforms and clientele from offices in Los Angeles, New York City, Atlanta, and Chicago. 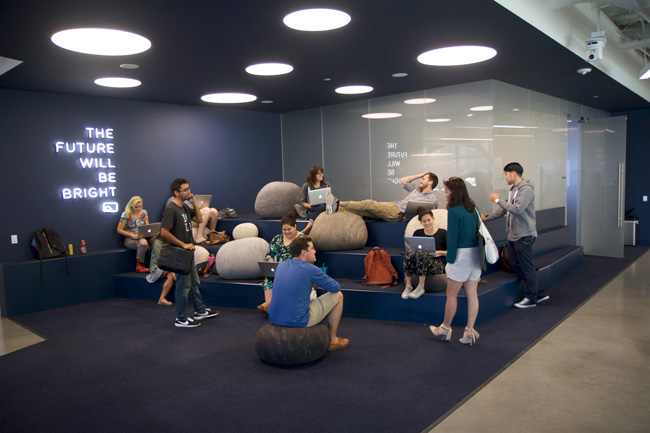 With a significant amount of content being created in-house for its B2B branded teams and its own online consumer-based platforms, the company also operates as a full-service facility offering shooting, production, editing, and management. The Fullscreen team manages third party productions that are creating content out-of-house as well.

As Fullscreen’s post-production department grew from two editors in 2014 and to more than thirty editors, Fullscreen invested in the Facilis TerraBlock storage system to provide their first shared, collaborative editing workflow. “After we installed the Facilis system, we weren’t shuttling hard drives back and forth anymore and we eliminated duplication for the most part,” said Adam Ford, head of postproduction at Fullscreen Media. “Editors were able to work together and share volumes in way they hadn’t before.”

Fullscreen purchased the original 96TB TerraBlock 24D from Cutting Edge Audio and Video Group, a media systems integrator with offices in Los Angeles and San Francisco. Two years later an additional 128TB TerraBlock 24EX server was added to their Studio location over a mile away, connected to the main office with 10gig point-to-point fiber, administered by Sohonet. The Cutting Edge team has since added 384TB of expansion storage to the environment, and the high-bandwidth of this connectivity enables the editorial teams at either location access and edit directly to and from either system.

“Cutting Edge has made it very easy for us to build out our infrastructure,” says Ford. “Typically, I‘ll propose an idea as something ‘nice to have,’ and Zeke Margolis, our sales contact at Cutting Edge, comes back with a well-thought-out solution.”

One benefit of Fullscreen’s set up is that it enables non-editors from many different teams ‘self-serve access’ to the TerraBlock. “Our marketing or social media team can access media to screen content and cut clips up for Instagram and other social media videos,” says Ford. “The content ID team will make sure finished assets are logged with Facebook and YouTube. We’ll have 25 seats connected typically and flex up to 40 when it gets really busy.”

For administration, Ford and the lead system editor manage the Facilis servers themselves.  “We’re a small team, but administration is easy with the Facilis tools, and for the most part we’re able to take care of ourselves without bothering our IT team.”

Purchasing a second Facilis system was an easy decision since they needed to keep things running smoothly for a team that can’t afford downtime. “We’ve had essentially zero technical issues with our original TerraBlock,” says Ford. “So, purchasing another Facilis system from Cutting Edge made sense to us.”

The new Facilis system was installed at the Playa Vista studio where there are 8 sets, 40 people, and a smaller post production facility with around 10 seats connected to the storage network. The studio was already able to access the first Facilis system as if it were local thanks to the 10gig connection between sites. The new system enables the studio team to work collaboratively on material they shoot and edit while eliminating the need to move large files between facilities, even though it’s not a problem over the 10gig backbone.

Fullscreen creates and post-produces a large variety of content shot from various locations for both short and longer form programs. Being flexible with camera formats is important, so the team accepts anything from Alexa, Red, Canon, Sony, GoPro, etc. Much of the shorter form content stays at its native resolution in Premiere Pro, so it’s very important that the storage can deliver the bandwidth when required. “The flexibility and the bandwidth of the TerraBlock is extremely important to us,” said Ford. “We don’t have time to stop and think if the storage can handle a certain format or not.”

Another goal at Fullscreen, and a compelling reason for installing the second Facilis system at a different location, is for disaster recovery (DR) in the event of an earthquake or similar event. Cutting Edge is currently helping the Fullscreen team set up a mirrored data configuration between the facilities that automatically backs up mission critical media and metadata.

“We don’t want to be forced to complete a project in a certain way, so it is important to have total flexibility, says Ford. “Our Facilis systems let us present a blank canvas to post supervisors allowing them to organize projects any way they want while giving us piece of mind.”