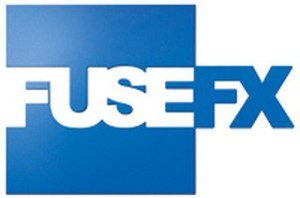 VFX Supervisor Ted Rae and team are applying their artistry to a jihadist war drama.

Created by executive producers of Homeland, Howard Gordon and Gideon Raff, Tyrant tells the story of the son of the ruler of a fictional Middle Eastern country who returns home and gets caught up in a conflict with the Army of the Caliphate. The show has drawn critical praise and a growing legion of fans for its dramatic action, nuanced story and strong performances. “Tyrant’s success has been phenomenal,” says Co-Producer Sean Sforza. “We’ve enjoyed network support from FX who’ve given us the leeway to tell a different kind of story.” 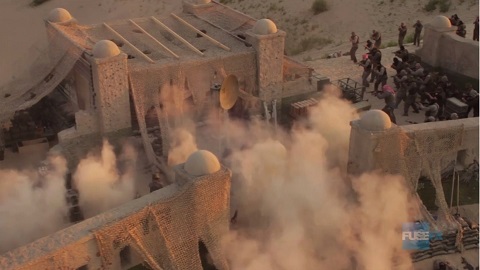 FuseFX joined the show with episode five of season two, “Viper in the Palace.” The team created effects for a number of high intensity combat sequences, including one in which a squadron of Apache helicopters attacks jihadists entrenched in a small desert village. FuseFX created CG helicopters, explosions, shoulder-fired missiles, strafing bullets and other pyrotechnics. The sequence spanned nearly 90 shots.

“The producers encouraged us to make the action as realistic and impactful as possible, giving us a lot of freedom in designing the choreography,” recalls Rae. “Our artists love doing bullet hits, explosions and mayhem—and they really pushed themselves. The work became very visceral and greatly enhances the drama.” Other key members of the team include VFX Producer Tiffany Smith, CG Supervisor Matt Von Brock and Compositing Supervisors Andrey Drogobetski and Tommy Tran. 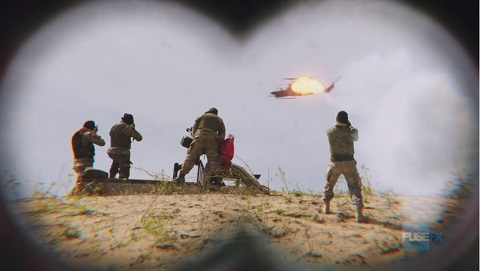 “FuseFX not only understood what we were trying to accomplish, especially with big, pivotal scenes, they were also tuned into the story art and were focused on details in order to make the sequence better and help tell the story,” Sforza adds.

Rae sees bigger challenges ahead with season 3. “We expect it to be more ambitious,” he says, adding that the VFX team will be ready. “We are continually upgrading our CG pipeline to render faster with more detail and more physically accurate lighting. Our goal is to deliver even more hard-hitting action.” 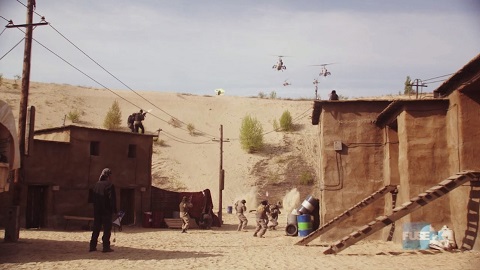