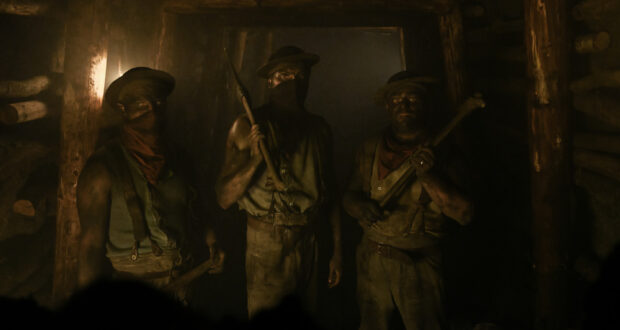 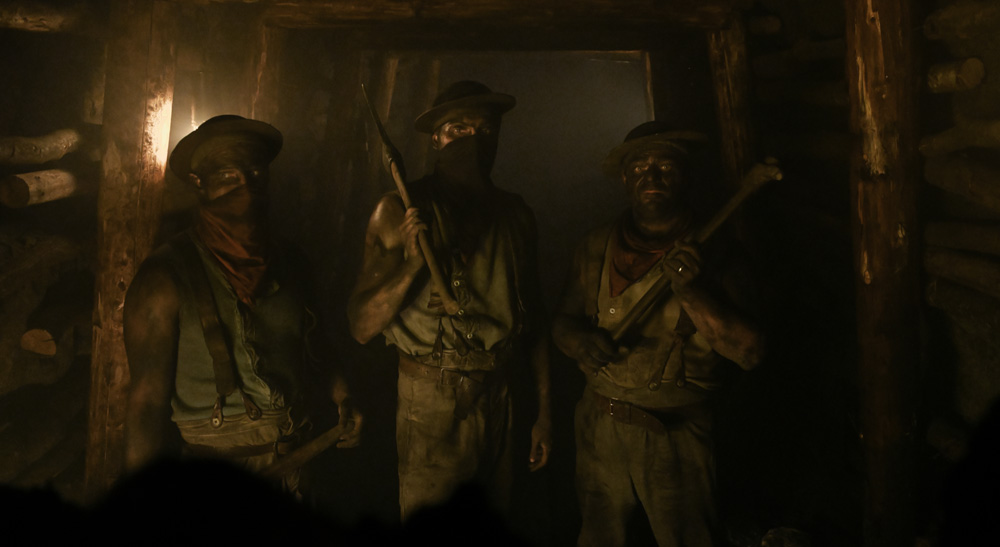 An adaptation of the acclaimed novel by French writer Émile Zola, Germinal tells the story of a coalminers’ strike in Northern France in the 1860s.

Recipient of the audience award at this years’ Series Mania, the six part drama was directed by David Hourrègue and lensed by Xavier Dolléans.

Arnaud Leviez from Digital District led on VFX, with Deflight colorist Karim El Katari completing the grade. Deflight and color scientist Florine Bel created a show LUT with the contrast of Kodak TRI X 320 film in the ACES color space and converted to Rec. 709 for on set monitoring.

“Where I was pleasantly surprised was that the higher resolution didn’t result in an outrageously sharp image. On the contrary, this resolution, by rendering lines and curves precisely, results in an even finer and softer looking image.”

With more than 200 VFX shots in the first episode alone, Dolléans also recognized an opportunity to utilize that increased resolution in the visual effects (VFX) pipeline.

“Filming took place between October and December, and involved many extras, which presented a number of logistical challenges for us,” says Xavier. “Practical decisions had to be made around which aspects of the set design would be built versus those we could achieve in VFX.”

“So, we shot many plates and elements in 12K, including buildings, landscapes and skies, which were then composited. We even shot flames on a black background for an explosion sequence. I had the idea of using the camera vertically and therefore delivering 12K vertical resolution flames or an 8K higher frame rate.”

“Working with all that resolution allowed us to zoom in considerably without any loss of detail or quality,” adds VFX Supervisor Arnaud Leviez. “For instance, the opening of the series features an explosion that claims the lives of two miners. ”

“We shot this sequence in several passes: the actors in the mine corridors were wired to be able to eject them and simulate the explosion’s blast. Then a horse carrying coal inside the mine, and finally explosion effects shot on a black background in 12K. In compositing, we then put these three elements together. We then zoom in and magnify the explosion, putting audiences at the heart of the flames.”

The finished VFX shots were supplied to Deflight, who completed the grade and online. “Up against the clock from the outset, working with DaVinci Resolve was of benefit right from the start, given the ability to collaborate across a project,” Guillaume Bauer, technical director at Deflight.

Concluding: “It’s an incredibly flexible tool, VFX integrations were easy, and the ability to move between grade and delivery made it an essential component in completing the project on time and to spec.