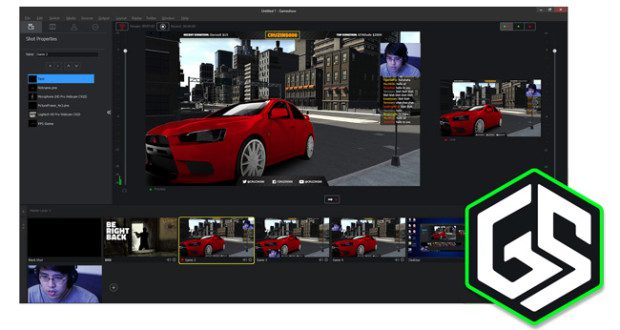 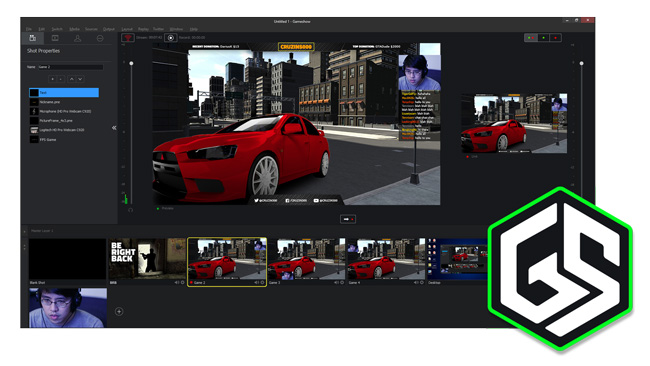 Gameshow v2.0 makes it easier and faster than ever before for game broadcasters to create professional shows that convey a consistent personality and brand. With a few clicks, users can pick and customize game templates, insert graphics, add widgets and even put themselves “inside the game” using the green screen function, before starting streaming to Twitch or YouTube.  Many of the new 2.0 features are a direct result of feedback received from the new Gameshow Insiders Program, launched earlier in the year. The Gameshow Insiders Program was created for streamers to gain insight and provide input into the direction of Gameshow, forming a community of influential streamers that can shape the future of game streaming.

“Having the ability to schedule my live streams ahead of time is critical. It informs my audience of the exact time I plan to go live and lets them build hype in the chat as they count down to showtime! GameShow allows me to stream to any scheduled event that I have with a click of a button,” said Gameshow 2.0 beta user Clintus McGintus from Clintus.tv.

New features in version 2.0 include:

Gameshow is available immediately from www.gameshow.net as a free update for existing customers.  New users can download a free 14-day fully featured trial version. After the 14-day trial period, pricing is as follows:

For those interested in seeing the new features in action, Telestream will be hosting a webinar on Tuesday, March 15th 2016 at 12 PM PDT | 3 PM EDT | 7 PM GMT. Click here to register.