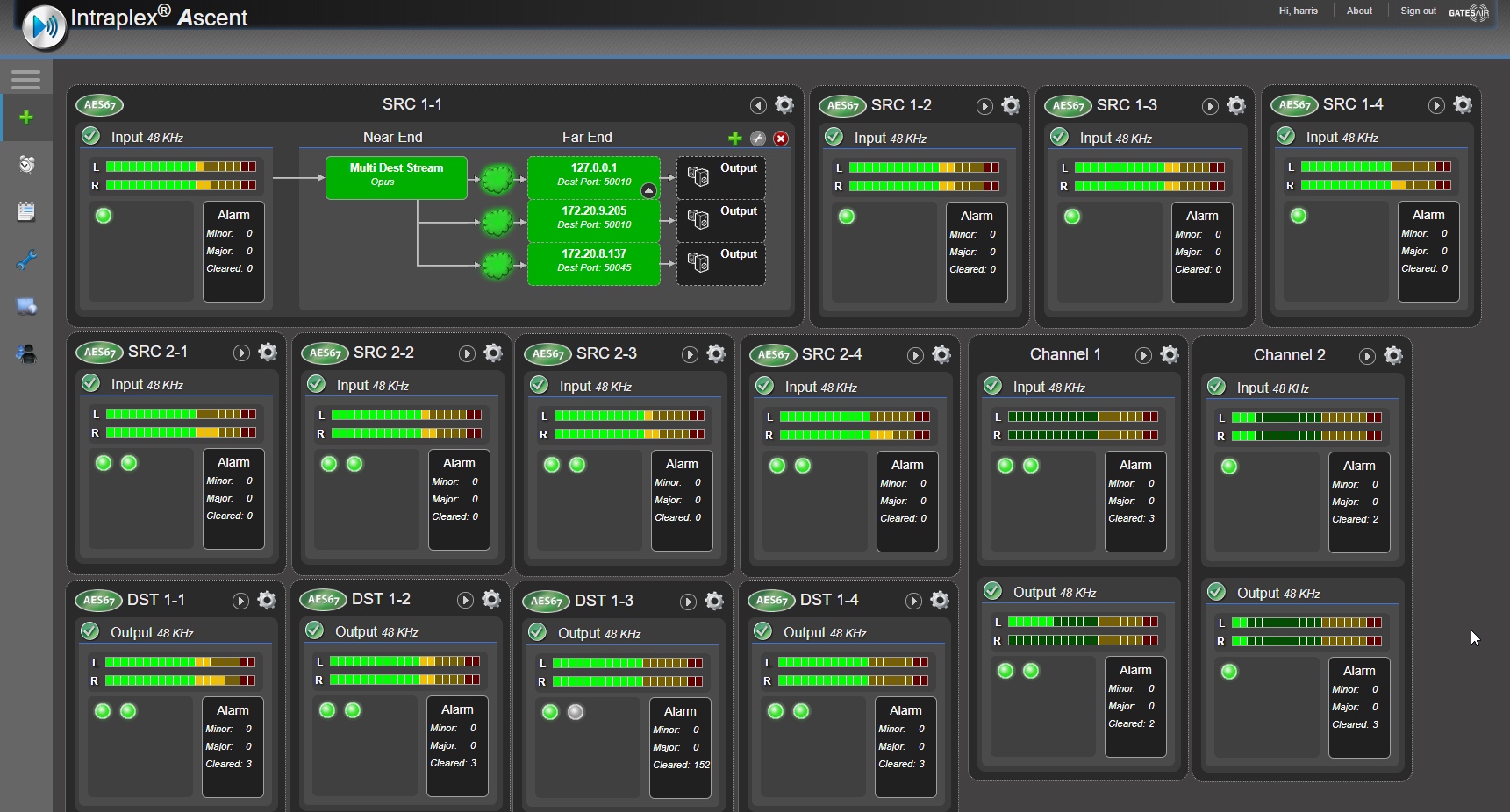 GatesAir introduced Intraplex Ascent as a next-generation Audio over IP platform built to transport broadcast and media content at scale. The industry-first cloud transport platform was built with broadcast and IT convergence in mind, leveraging common off-the-shelf hardware to reduce the costs of multichannel contribution and distribution between many locations. GatesAir started shipping Intraplex Ascent in 2020 and has a number of systems in operation with broadcasters today, including one recent deployment with Livewire+ capability.

“GatesAir has successfully deployed Ascent with a national radio broadcaster that is sending 32 audio channels between two major studio locations,” said Keyur Parikh, Vice President of Engineering, GatesAir. “They are directly connecting to the Livewire studios, providing encoding and reliable transport across public IP networks. Our high-density platform ensures seamless integration into Livewire networks without the need for audio converters. Our customers benefit from simplified integration and capital cost reduction.”

Parikh says that no matter how Ascent is used, broadcasters can trust its reliable cloud platform to manage high-bandwidth, high-volume and high-value media content for any transport application and over any system architecture. This showcases Ascent’s strengths as a software-defined system that drives the hardware scalability curve.

“Intraplex Ascent is built to work natively with IP protocol, and IP-based transport is becoming ubiquitous within studio and STL connections,” said Parikh. “Whether sending content over cable, DSL, fiber or microwave, everything converges to IP, and Ascent’s software-based solution then provides the engine for moving large volumes of media content for ATSC 1.0/3.0 television and FM radio networks. We are bringing the scalability of the cloud to move content between multiple sites at the same time.”

GatesAir, Inc., a portfolio company of The Gores Group, provides complete solutions for over-the-air radio and television broadcasting, leveraging wireless spectrum to maximize performance for multichannel, mission-critical services. Powering over-the-air networks worldwide with unparalleled reliability for nearly 100 years, GatesAir’s turnkey solutions enable broadcasters to create, transport and transmit radio and TV content.  With customers in more than 185 countries, the company leads the industry in innovation and design breakthroughs, improving efficiency and reducing total cost of ownership with all products designed and assembled in the USA. Visit www.gatesair.com for more information, Like us on Facebook www.facebook.com/gatesair, and follow us on Twitter at @GatesAir.

About The Gores Group

The Gores Group, founded in 1987 by Alec Gores, is a global investment firm focused on acquiring controlling interests in mature and growing businesses which can benefit from the firm’s operating experience and flexible capital base. The firm combines the operational expertise and detailed due diligence capabilities of a strategic buyer with the seasoned M&A team of a traditional financial buyer. Over its 30-year history, The Gores Group has become a leading investor having demonstrated a reliable track record of creating value in its portfolio companies alongside management. Headquartered in Los Angeles, The Gores Group maintains offices in Boulder, CO, and London. For more information, please visit www.gores.com.