CHICAGO, September 11, 2018 — With an increasing number of FM translator licenses on the air today, GeoBroadcast Solutions is finding new ways to help broadcasters launch FM radio services in populated areas with crowded spectrum. This is the case with 104.7 FM in New York City, which has become the first FM radio broadcaster to transmit programming from One World Trade Center. 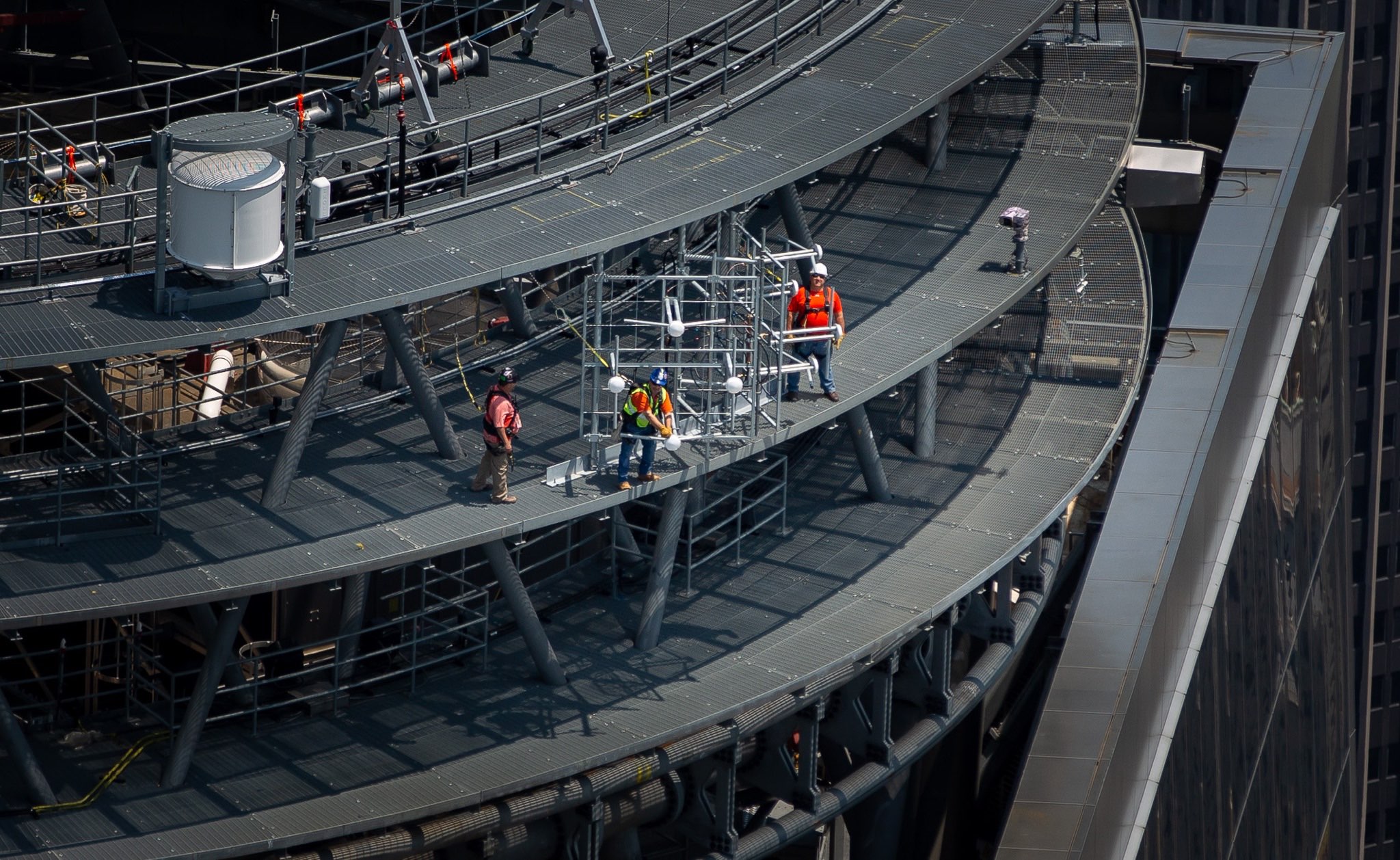 Several New York City television broadcasters returned to One World Trade Center earlier this year, thanks to a joint effort between The Durst Organization and the Port Authority. This marked the first time that broadcasters had a presence in theWorld Trade Center since the events of 9/11. The GBS team, leveraging company executives’ past experience in developing FM spectrum and site infrastructure for broadcasters in Chicago, Las Vegas and other cities, worked tirelessly with station owner Rahul Walia to find spectrum in the crowded New York City market.

“The previous limitations of our Perth Amboy signal have been eliminated since relocated to New York City, which has enabled us to reach an essential part of the New York City market. The signal is now heard from lower Manhattan, Brooklyn and Staten Island to North and Central New Jersey,” said Walia. “GBS has a wealth of experience with translator move-ins, and their guidance will be key in identifying and leveraging the right format for 104.7 FM moving forward.”

To support the 104.7 FM broadcast, the GBS team struck a deal with WPAT(FM) to lease its HD2 sub-channel. Walia, who owns two other FM translators broadcasting from central New Jersey on 92.7 and 100.7, expects that a new format for 104.7 FM is imminent over the coming weeks. 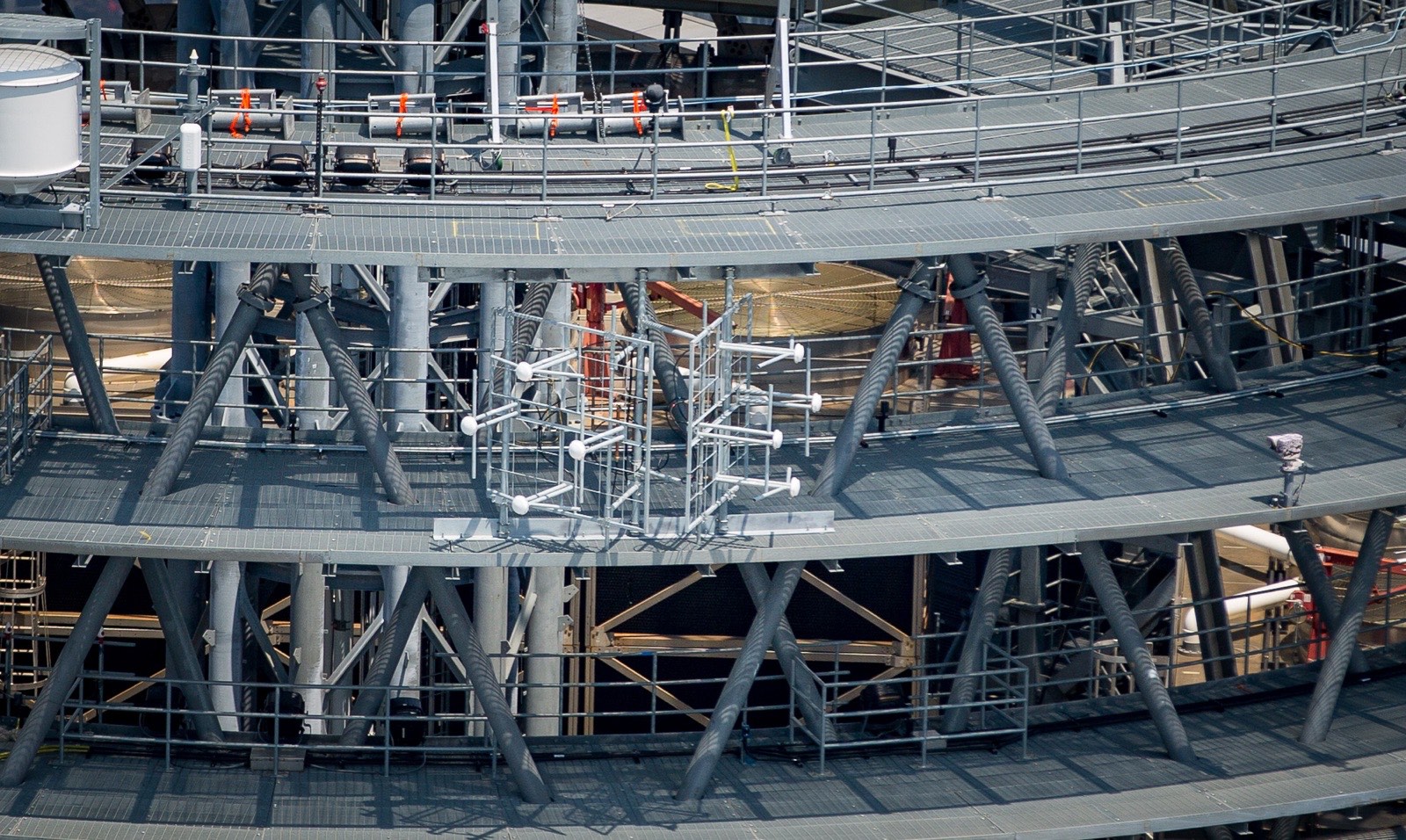 “We’re focused on helping broadcasters find new homes in major markets where valuable spectrum is at a premium, and we were excited at the opportunity to work with Rahul,” said Bert Goldman, an industry consultant who works withGeoBroadcast Solutions. “Once the deal was confirmed, the GBS team carefully managed the design of the signal to maximize the station’s coverage potential throughout the New York City region. This has been a two-year process to formulate and execute this project to support the first FM broadcaster from atop the tallest building in North America. 104.7 FM can now reach listeners in areas of the city and metropolitan area that would simply not have been possible to reach from Central New Jersey.”

Founded in 2011, GeoBroadcast Solutions, LLC (GBS) offers innovative technologies and solutions that help radio broadcasters maximize their signals and grow their revenues. The patented, successfully-deployed MaxxCasting™ systemexpands the coverage area of an FM signal and allows geographic targeting and fencing of text advertising and messaging.ZoneCasting™, currently in the FCC approval process, allows the additional Geo-Targeting and Geo-Fencing of audio and graphical advertisements. These emerging technologies give broadcasters the tools to compete in the face of evolving internet and cellular message distribution. GBS partners with GatesAir for transmission and IP distribution equipment.