Getting Our Streaming Fix: Hyper-Streaming Past the Buffer

Much of the conversation around the future of video streaming has, to date, been centered on the idea that bandwidth issues are coming – that 4K (UHD) and high dynamic range (HDR) is only the start. However, as anyone who’s ever tried to watch Netflix in a crowded area knows, whether it’s in the concourse of the airport, or in a high-density housing environment, like an apartment building or dorm – it is nearly impossible to get through an episode of your favorite show without experiencing buffering. 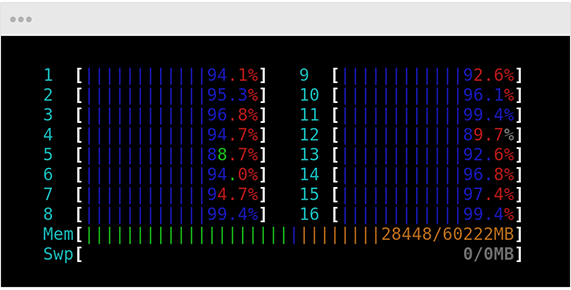 According to Cisco, by 2018, a whopping 84 percent of consumer Internet traffic worldwide will be coming from video. This large jump makes it highly likely that consumers will experience buffering and other interruptions when accessing latency sensitive applications, like Netflix, during peak periods.

The explosion of mobile devices and larger data plans has led to an upsurge of people wanting to stream video on the go. Not wanting to lose valuable viewers, service providers have responded by launching online streaming services, which in turn, is driving even more video traffic and not surprisingly, network congestion.

Comcast, for example, recently announced the launch of their streaming service, which will join Sling TV who is already in market with a reportedly fast growing direct to consumer OTT linear content bundle. And with other giants, like Apple who are rumored to be not that far behind, our already overwhelmed broadband is about to get even more crowded.

The bottom line is viewers now expect the highest video quality with the smoothest streaming experience, at all times, in all locations and across all devices.

What’s to be done?

While it may seem that the straightforward answer is to increase network capacity and expand bandwidth, this is easier said than done, especially as the massive file sizes of 4K video have already begun to be transmitted by huge content distributors such as Netflix, to say nothing of the mobile content explosion that is coming.

Also, as an increasing number of streaming services come online, options continue to expand for viewers to pick and choose their TV watching experience. New competition is forcing companies to invest in original production and exclusive content. But all this content does come at a cost – more data needing to be delivered.

Between storing and transmitting video files, streaming services are using an enormous amount of data to keep up with the competition. And so, the question is now – how do we deliver the high quality video that users have come to expect (and pay for) at an agreeable streaming rate?

The key to Beamr’s media optimization solution is in the ability to reduce the file size of any H.264, H.265 (HEVC) or JPEG 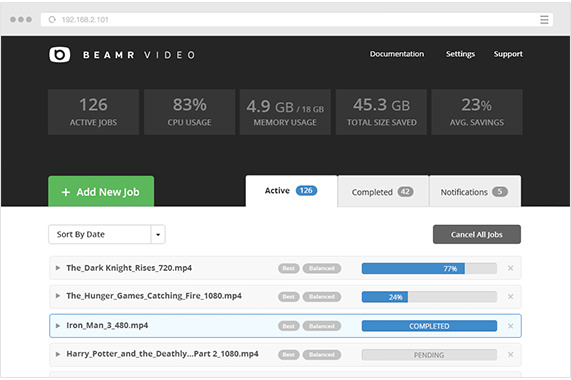 compliant photo or video file, thereby increasing stream-ability while reducing storage and distribution costs – all without changing the original quality of the file. This process is enabled by way of Beamr’s specially formulated algorithm, which allows the file to be recompressed by Beamr Video, and in exchange a smaller but visually identical file is created. With up to 50% file size reductions for video, media optimization solves the quality problem by reducing network congestion, providing a smoother streaming experience with faster stream starts and less re-buffering events.

Beyond solving streaming problems for the viewer, media optimization saves money for everyone involved in the process – from the production company to the content delivery network (CDN) to the end user – by cutting down the amount of data it takes to save, store, transmit and view videos. It is this basic value proposition that is the basis of Beamr Video – to fit seamlessly into the workflow and effect very little change to the process, other than the end file size.

As video workflows are transitioning to the cloud, Beamr Video’s cloud-based solution is an easy to integrate API with the benefit of seamless scaling for the processing capacity. In addition to the cloud SaaS version, Beamr Video may be implemented on premises and is easily integrated into most workflows between the encoding and packaging / encryption steps.

Consistent with the movement of content distribution to IP networks and the Internet (OTT), Beamr Video works perfectly with Adaptive Bitrate (ABR) schemes to reduce SD, HD and UHD video profiles, without compromising visual quality. The resulting video files are fully standard-compliant H.264 and H.265 (HEVC) streams that can be played on any TV, computer or mobile device without any special software or plug-ins.

The implications of this extend even further when you consider the impending expansion of mobile networks to 5G – just in time for ultra high definition 4K (UHD). Faster Internet means more opportunity for streaming expansion, and higher consumer expectation. By further compressing file sizes with media optimization tools such as Beamr Video, streaming services can increase the reach of 4K UHD video delivery to a wider audience, enabling better monetization and ROI for the high-cost content production and delivery that comes with increased video quality and resolution.

As the face of traditional TV continues to change and people increasingly trim or cut their pay TV package, the video streaming space isn’t getting smaller, and neither are the file sizes. The only way to ensure that costs, data usage and bandwidth consumption do not grow to unmanageable rates will be to adopt media optimization as a standard practice.

We know the streaming struggle is real – video compression just needs to catch up.