NEW YORK CITY— Goldcrest Post, the independent post-production facility whose recent credits include acclaimed indie titles Russian Doll, Sorry to Bother You, The Miseducation of Cameron Post, Native Son and High Flying Bird¸ is expanding its picture finishing services. The company has added veteran colorist Marcy Robinson and, in addition to its existing theater and other digital intermediate rooms, has unveiled a new, state-of-the-art 4K theater. The moves are part of a broader strategy to offer film and television productions packaged post services encompassing editorial, picture finishing and sound.

“We are bringing together resources designed to appeal to creative producers and filmmakers, and the types of film and television projects that are produced in New York,” says Executive Director Nick Quested. “We offer top talent and the latest tools within the comforts of a boutique environment. We make it possible for our clients to take their projects from the set to the screen, efficiently and creatively.” 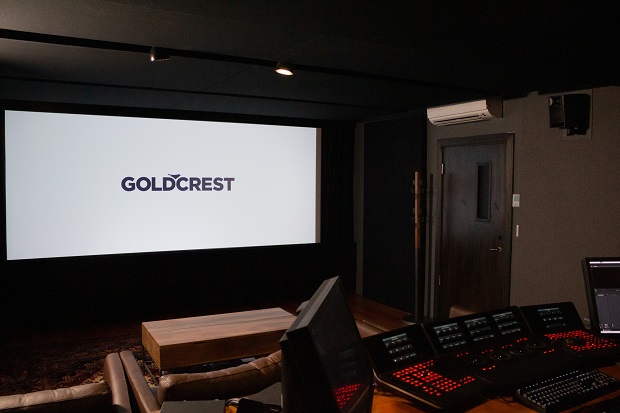 Robinson brings credits spanning features, television, documentaries, commercials and music videos. She has recently been working as a freelance colorist including collaborations with directors Noah Baumbach and Ang Lee. Her background also includes 10 years at the creative boutique Box Services, best known for its work in fashion advertising.

Robinson, who was recruited to Goldcrest by Nat Jencks, the facility’s senior colorist, says she was attracted by the opportunity to work on a diversity of high-quality projects. “I’m excited to join a collaborative team at a facility with such great infrastructure and an excellent support staff,” she notes. “It’s an environment where I can concentrate solely on delivering great color.” Robinson’s first projects for Goldcrest include the Netflix documentary The Grass is Greener and an advertising campaign for Reebok.

Robinson trained in film photography and operated a custom color photographic print lab for 13 years. She became a digital colorist after joining Box Services in 2008 and specialized in fashion and beauty advertising, collaborating with noted retouching artist Pascal Dangin. As a freelance colorist, her credits include the features Billy Lynn’s Long Halftime Walk, DePalma and Frances Ha, the HBO documentary Suited, commercials for Steve Madden, Dior and Prada, and music videos for Keith Urban and Madonna.

Goldcrest’s new 4K theater is set up for the dual purposes of feature film and HDR television mastering. Its technical features include a Blackmagic Design DaVinci Resolve Linux Advanced color correction and finishing system, a Barco 4K projector, a Screen Research Projection Screen, and Dolby-calibrated 7:1 surround sound. “Our aim is to provide technology on par with the largest facilities in our market,” says Jencks, “but in a boutique environment. The theater has a warm and friendly vibe that fosters creativity.”