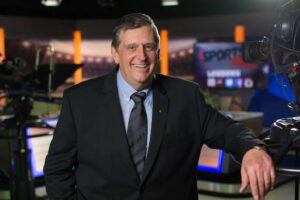 As the media and production industry recovers from the COVID-19 pandemic and begins to reinvent itself, Hamish’s vast experience in launching new technologies and developing creative solutions will assist Gravity Media to be at the forefront of the industry’s rejuvenation in 2021.

Hamish’s career in media and entertainment has been wide ranging, including establishing Sydney’s first and most enduring FM music station, Triple M FM. He also pioneered one of Australia’s first multimedia broadcasting operations, leading to a world first with the delivery of a suite multiple IPTV channels for Telstra.

Hamish has written and produced world-acclaimed music documentaries and arranged morale boosting entertainment in overseas deployment zones for Australia’s military personnel. He has delivered some of the nation’s best-loved content, including premium coverage of major sporting and cultural events.

For almost twenty years Hamish led the television and digital production company Chief Entertainment, a subsidiary of Telstra Corporation up until its acquisition by Gravity Media in September 2019.

In 2014, Hamish’s contribution to the entertainment industry was recognised with a Medal of the Order of Australia. In 2015, he guided the development and construction of state-of-the-art multi-million-dollar, world-class television broadcast studios and facilities at Artarmon in Sydney.

“Hamish brings his knowledge and enthusiasm to assist in developing Gravity Media in Australia – and indeed worldwide – as a market-leading provider of complex live broadcast facilities and production services to content owners, creators and distributors.”

“Having known and worked with John Newton for many years, I am looking forward to working with his senior leadership team to continue to develop and grow Gravity Media in all markets, from sport and media to news and entertainment. One thing is for certain, in this day and age… there is never a dull moment in the media world.” 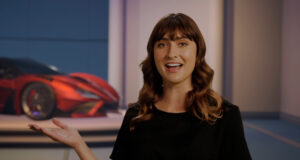 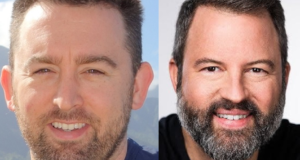