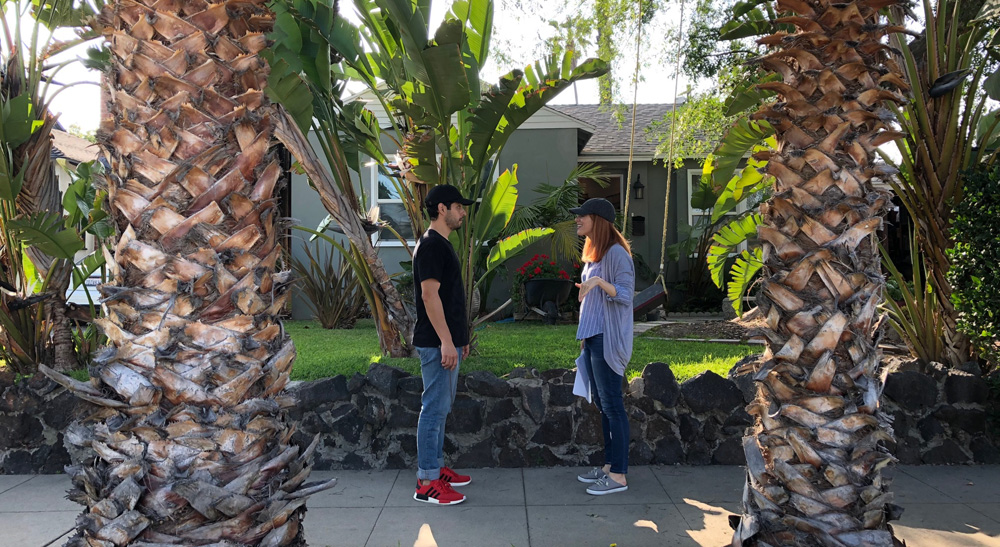 Based on the stage play of the same name by Jerry Montoya, “Love and Baseball” follows Will (Max Arciniega) and Michele (Tate Hanyok) who, after a chance meeting sparks love between them, fight poor timing and the realities of life in an effort to find love again. The film was directed by Steve Acevedo and photographed by Acevedo, Joseph Hernandez and Andrés Solórzano.

“Love and Baseball” is told in three acts with each act told two years apart. Looking to make each chapter feel visually different, Acevedo chose to use three cinematographers each shooting their act in their own way. Acts one and three were shot with the URSA Mini Pro 4.6K camera.

“Andrés Solórzano shot act one mostly on sticks and a slider with very balanced and precise photography to reflect the aspirational element of traditional romantic comedies,” said Acevedo. “Act two was all Steadicam, shot by Joseph Hernandez. I shot act three and gave it a handheld documentary look to give our ending a very grounded, real and authentic feeling.”

Acevedo chose to shoot with the URSA Mini Pro 4.6K camera for the final act, though he let each cinematographer choose their own kit. Solórzano decided to use the same camera as Acevedo. “I love the URSA Mini Pro,” added Acevedo. “I use it quite a bit in my feature documentary work. Act one and act three were shot with no crew, so it was important that we used a camera that was easy to operate. The URSA Mini Pro was perfect for that.”

“I love the functionality of the Ursa Mini Pro,” continued Acevedo. “The size, the menus, the controls; it’s super easy to use, especially when you’re working quickly and without a lot of support. It’s light and well balanced. The EVF is fantastic, and of course the images are wonderful.”

Matching with the act two camera wasn’t as much of a concern since each act had its own distinct look, but Acevedo was pleased with the image quality in comparison to other pricier camera systems. “I love the images that Blackmagic cameras have been putting out since the early Blackmagic Cinema Cameras. The Ursa Mini Pro has beautiful roll off on the edges of subjects and simply feels very natural,” he said.

“Love and Baseball” was graded by colorists Arianna Shining Star and John Nodilo in DaVinci Resolve Studio. Acevedo wanted to define each act using not just photographic style but also the grade. “It was important to me that the first act, when our love story begins, had a feeling of warmth with a saturated color palette,” said Acevedo. “The second act has the most conflict and presents a bit of a 180 degree turn in terms of where the audience has been led. I wanted this act to have a cooler feeling overall. And with the third act, I wanted the color to reflect reality, so we gave it a very grounded look, as the story comes to its conclusion.”

Acevedo was pleased that the film came together so well, despite the challenges a low budget film can present. “The shooting location for the film was actually in a flight path for an airport,” added Acevedo. “So, the number of times planes interrupted our takes on nearly every setup was an allegory for how hard I had to work on the film, and no one would ever know.”

But in the end the struggles were worth it. “This movie was essentially an exercise for all the creatives involved, so we’re absolutely thrilled that a platform as reputable as HBO Max picked us up,” he concluded.

“Love and Baseball” is now streaming on HBO Max.

Product photos of URSA Mini Pro 4.6K, DaVinci Resolve Studio and all other Blackmagic Design products are available at www.blackmagicdesign.com/media/images