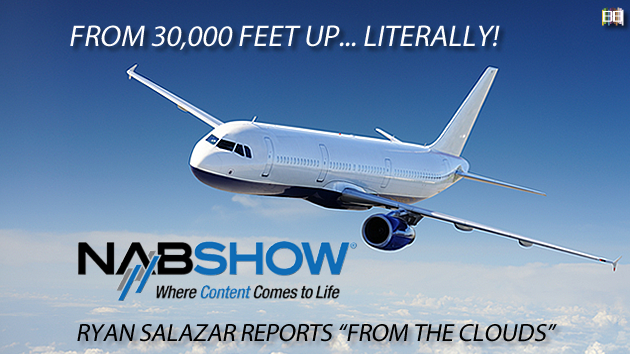 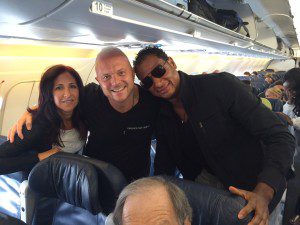 We are thirty-thousand feet up in the air, kids, on our way to that “gritty gambling capital” Las Vegas for the 2014 NAB Show!  I am SO excited that I’ve started blogging while on the plane – as always! (It’s getting to be a habit, now!!!)  I’m high above the clouds… I feel like king… King of the Cloud!

…and I AM!  Literally, the Cloud King!  Thanks to the folks at NAB Show and the world of Twitter @ryansalazar and also: #NABShow and #MMC – I have been named “King of the Cloud!” Follow my updates live from the show floor!

Is that Debra Kaufman we see getting on the plane???  Did I mention that Debra is now with Broadcast Beat Magazine???  Debra is AMAZING – she’s covered entertainment and technology for 25 years, for publications including Creative COW, International Cinematographer, CineMontage, HD Video Pro, Film & Video, The Hollywood Reporter, Variety and American Cinematographer among others – and was most recently Associate Editor at Creative COW.  How cool is that?  Debra?

“I’m thrilled to be going to the 2014 NAB Show with you, Ryan and Broadcast Beat,” says Kaufman. “Broadcast Beat has fresh energy, and Ryan has assembled a great team of writers.”

Thanks, Debra!  I’m sure that I don’t have to mention any more about her – if you’re reading this, chances are you’re already familiar with her!  And hey, Debra – that carry-on might just be too large for the overhead!  See more about her – AND our entire solid-core team at the Broadcast Beat website: www.broadcastbeat.com/index.php/team/

NAB Show LIVE! Centrally located in the Central Lobby, @NABShowStudio1 is the heart of NAB Show‘s onsite digital content production. Featuring social media and broadcast teams, Studio1 is where to see broadcasts of NAB Show Live! social meetups and Show celebrity sightings. Live feeds, on-the-floor “field” reporting and archived show content produced in Studio1 – in addition to news and exhibitor information – will be shown on Digital Content Network rotating on multiple screens throughout the convention center and on the Show Floor in the [email protected]  This daily, 30-minute show is hosted by Rich DeMuro, KTLA Tech Reporter, at 10 a.m. and 4 p.m. PT and covers highlights from the day, next day previews, interviews, news, features and more. Tune in at www.nabshow.com.  Click here to meet the production team behind NAB Show Live!  I am “in the field” and “on the floor” – look for me!

Production in the cloud – it’s never been easier to create, edit and deliver content than it is in the cloud! 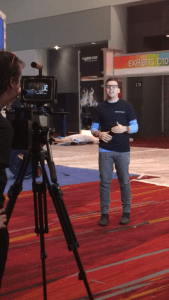 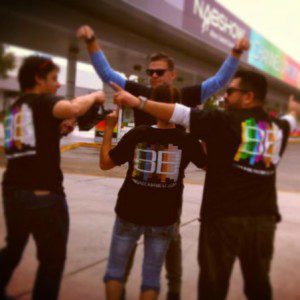 See our photos posted LIVE on Instagram during the entire #NABShow
at: instagram.com/broadcastbeatmagazine

The Road2NABShow has reached the final leg of its journey!  Now we will all see what they have discovered during their sojourn… in no time at all, they will have reached their destination – and we will all see what this trip has meant to them, as well as the fruits of their labors!  Many videos have been made and it will end in NAB Show Blue Carpet interviews and a party & screening of one or more of the films – content they created in the field.  See their Twitter at: @Road2NABShow #nabshow pic.twitter.com/HBGj5gI9Z7. For more information, go to: road2nabshow.com/index.html

Near the South Upper Hall in Booth SU621, the StudioXperience looks sweet!  With an exclusive chance to be a part of the Waskul.tv experience in a live broadcast studio set-up right in the middle of the Show, you can see the entire content life-cycle from beginning through post to broadcast!  Walk by and see or even join-in this unique display of a television studio in action!  For more information, and a complete schedule, go to: waskul.tv/2014-nab-show-schedule/ 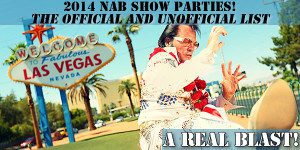 THE PARTY LIST!
Broadcast Beat has the most comprehensive list of Official and Unofficial NAB Show Parties!
www.broadcastbeat.com/index.php/nabshow-2014-parties-events-list/

The Patriots Jet Team (you might have seen them on the Canadian Discover Channel) looks like fun too. It’s more fun for me to watch planes than it is to be in them.  This team has the only civilian jet air show in the U.S.!  Perhaps there’ll be time to meet some of the pilots: Randy “Howler” Howell, Dean ‘Wilbur’ Wright, & Robert ‘Scratch’ Mitchell.  After spending a bit of time watching aeronautics, it’ll be time to head back inside for more exhibit-hopping.  I wonder if I could get the jet team to race me back when that time comes… Hmm… Check-out their planned exhibition schedule at: www.nabshow.com/2014/exhibits/attractions-and-pavilions/patriots-jet-team/ 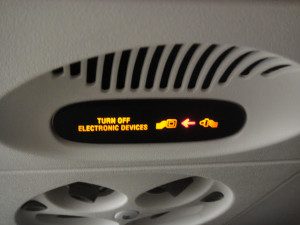 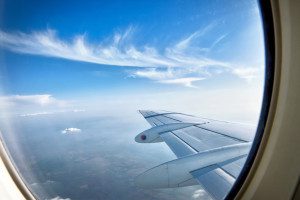