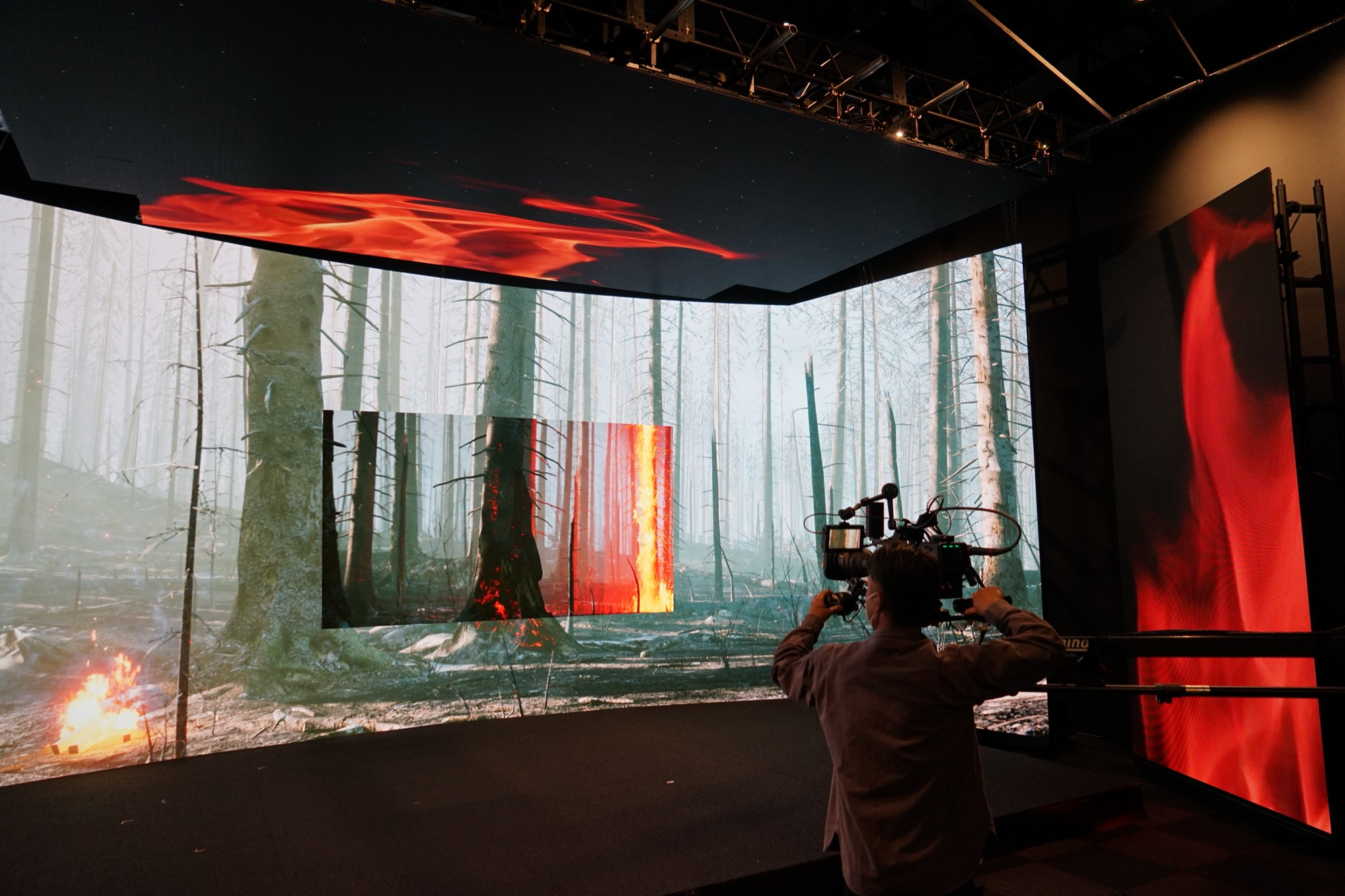 Hibino offers live production services such as planning, renting, operating audio and visual systems for live concerts and events and importing and selling AV equipment. Their new Hibino VFX Studio takes advantage of the company’s extensive experience working with LED screens and combines it with in camera VFX shooting and other new virtual production technology to create one of Japan’s most advanced virtual production studios.

Takanori Higashida, the Studio Producer of Hibino explained: “Our department usually does live production, like concerts and live events. Due to Covid-19, our business stopped and we had many LED screens sitting in our stockroom. We then found a solution in virtual production. We started doing XR live streaming using the LEDs and then we applied the technology to build this in camera VFX studio.” 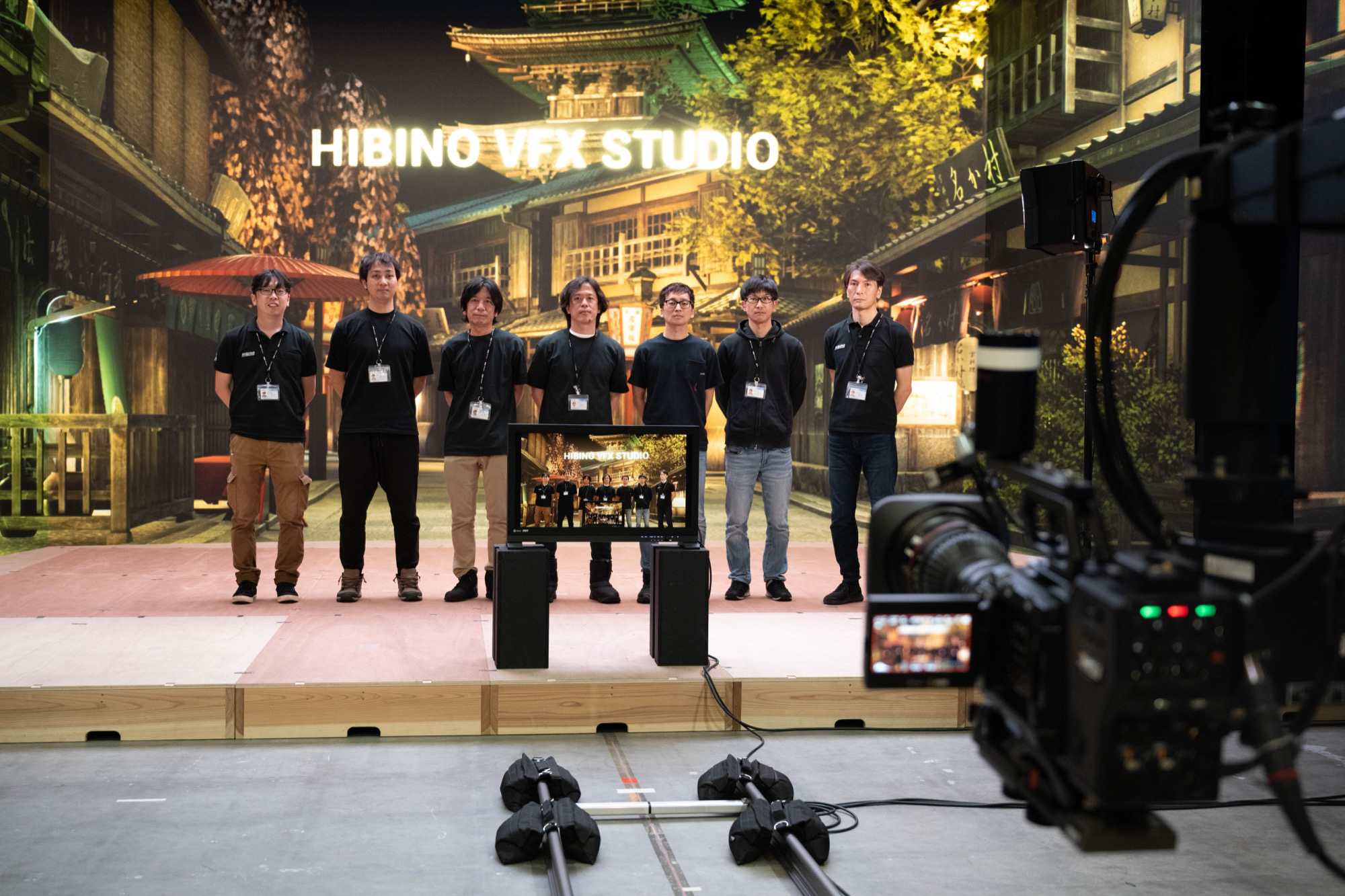 With their live production background, Hibino has a strength that the other studios do not have. “Other virtual production studios are completed as they are, which means they never think about taking their virtual production system to other places. We have always brought all the gear out and set up a temporary system for live events. If a customer wishes a bigger scale shooting than this studio, we can bring our system as well as LED screens to bigger studios for long term productions, which is our aim for this business. I encourage customers to experience our studio and use the system for bigger scale shooting,” Higashida said.

In the new studio, ROE Visual’s high resolution LED screens are installed around the top, front and sides of the stage, with URSA Mini Pro 4.6K G2 cameras used to capture virtual images as the studio’s ancillary equipment. A camera tracking system mounted onto the URSA Mini Pro 4.6K G2 sends the camera’s positional information and zoom and focus information from lens to a media server, which detects where the camera is located in the virtual space. From there, the studio uses Unreal Engine to render 3DCG background in real time. 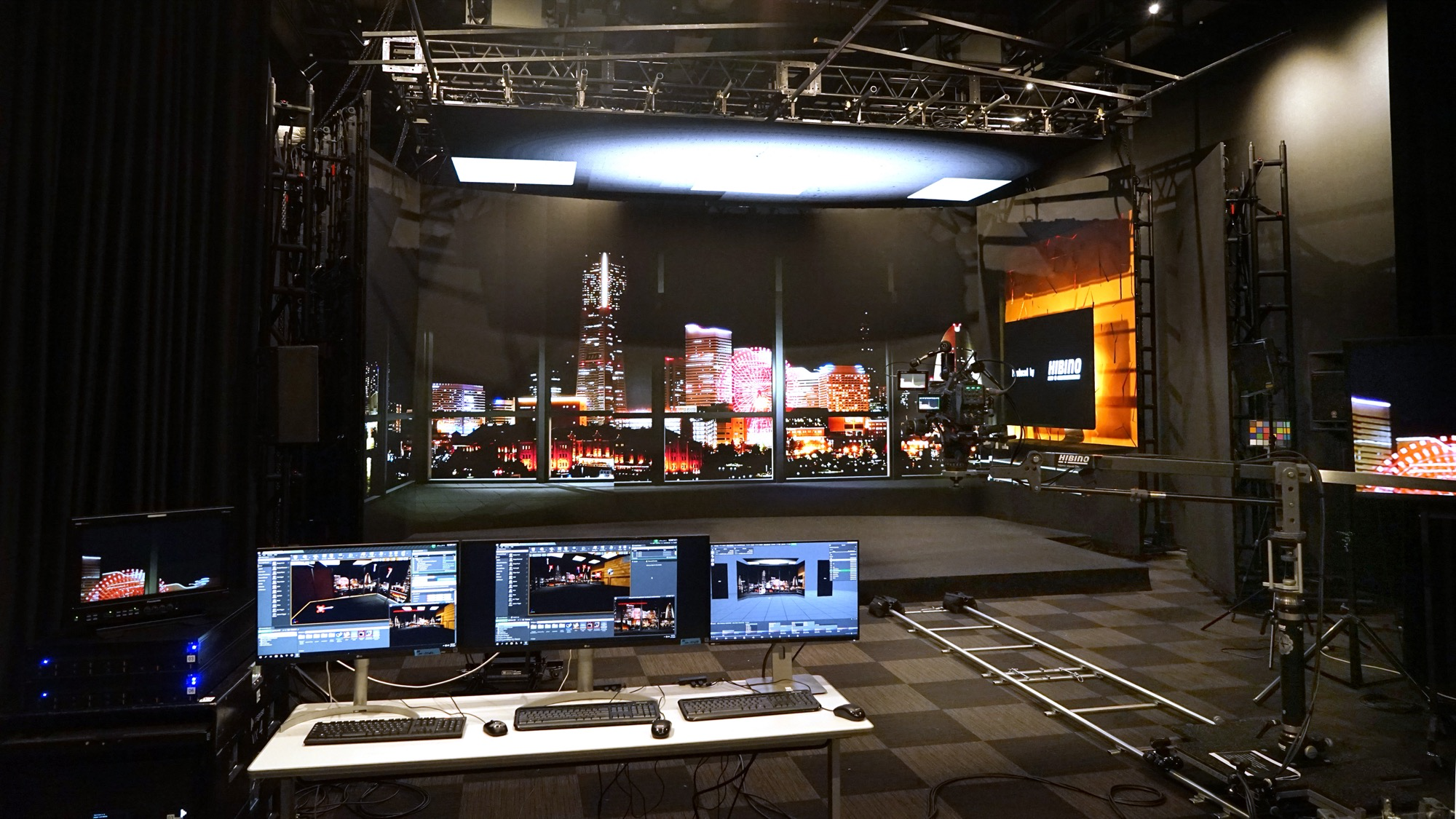 “To be compatible with our virtual system, we needed a camera that supported native 24p/30p/60p, so we chose the URSA Mini Pro 4.6K G2. Also, the camera supports various lens mounts, which is why we decided to use it as our ancillary equipment so customers can bring any lenses they like. As RedSpy’s camera tracking system supports various cameras and lenses, customers sometimes bring their own cameras,” said Shigenori Kikuch, the Studio Producer of Hibino.

Kikuch explained that virtual production and an in camera VFX workflow reduces production costs and shortens post production process, but also gives a benefit for the aesthetics of the shoot: “By screening background images on the LEDs, we can create any lighting effect as we like. If it’s green screen shooting, we have to shed the light to objects evenly so it is hard to be creative in lighting. Also, using the LEDs in virtual production gives a great image of reflection and clarity of transparent objects. Unlike green screen shooting, it is also beneficial for actors as they don’t have to act imagining what is on their background. In camera VFX gives tremendous merits”

Though Hibino has years of live production experience, studio production is a new area for the company, and using an infrastructure based around Blackmagic Design products has made the transition easier. Tatsuyuki Kobayashi, the Video Engineer of Hibino said: “The camera menu is user friendly so even non camera operators can easily use it. It is also good that Blackmagic’s graphic user interface is similar or the same throughout its product line. And considering a crane’s loading limits, it is good that the G2 camera is lightweight as we have to mount the camera tracking censer on the crane head other than the camera body.”

“We have a lot to experience for the first time in this in camera VFX production. Using the equipment from the same manufacturer is easier for us to obtain the know-how as the tech support knows many of products in the workflow.” Kobayashi concluded. 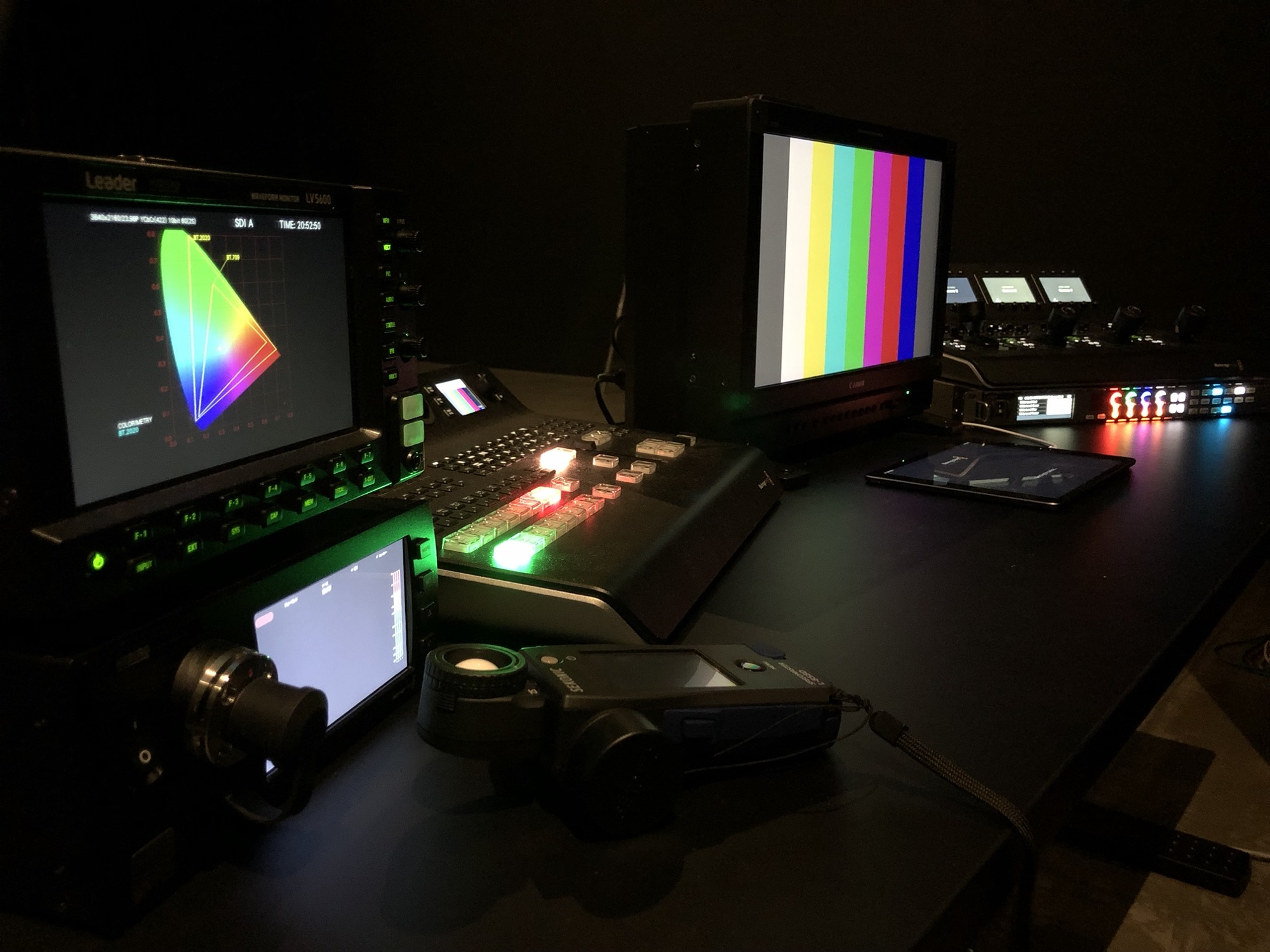