Woodbury, NY, March 28, 2016 — Hitachi Kokusai Electric America Ltd. (Hitachi Kokusai)’s continuing leadership in advanced and emerging technologies will be in the spotlight at the upcoming 2016 NAB Show, taking place April 18-21 in Las Vegas. Exhibiting in booth C4309 at the show, Hitachi Kokusai will provide working demonstrations and insightful discussions of the latest developments in leading-edge topics, including 8K acquisition and IP-based production infrastructure.

“Hitachi Kokusai is fully committed to the Americas’ HD and UHD television production market and now, more than ever before, we are prepared to quickly adopt new, developing standards and technologies that will significantly improve our customer’s ROI, workflow and profitability,” said Hitachi Kokusai Electric America’s new CEO, Mr. Hiroaki Ohashi. 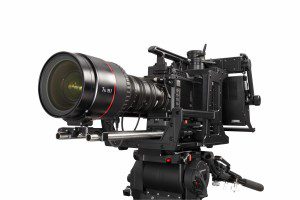 Developed in conjunction with Japan Broadcasting Corporation (NHK), the SK-UHD8060 will be shown in the Hitachi Kokusai booth. Hitachi Kokusai’s multi-year development of advanced 8K cameras has been and will continue supporting NHK’s plans to deliver Super Hi-Vision broadcasts. 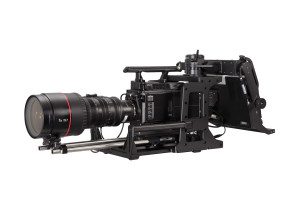 An 8K RAW recorder can be docked to the camera for field production or used independently of the camera head to provide store-and-forward, real-time recording and playback with its own control unit, offering a remote acquisition workflow not previously available with any other 8K camera system. A 12-inch, 4K viewfinder simplifies 8K focusing and viewing.

Hitachi Kokusai is also well-positioned to play a key role as the broadcast industry transitions from baseband video infrastructures to IP-based workflows, including through its work with IP infrastructure vendor Evertz as a founding member in the ASPEN Community. IP-based demonstrations will include Hitachi Kokusai’s cameras paired with the MD8000 IP transport platform from Media Links. In this demonstration, 4K video captured by Hitachi Kokusai’s cameras will be encapsulated into uncompressed IP streams and delivered over fiber connectivity to the Media Links booth (SU4721).

In addition to these emerging technology demonstrations, the full array of Hitachi Kokusai’s 4K and HD cameras will also be on display at the NAB Show, including the recently-announced DK-H200 compact, 1080p HD box camera.

Full versions of all press releases and product images are posted on the web site in the pressroom section: www.hitachikokusai.us