House of worship applauds picture quality, cost-effectiveness and ease-of-use of cameras while feeling valued by Hitachi Kokusai as a customer

Woodbury, NY, June 22, 2018 — Central Community Church in Wichita, Kansas has made video an integral aspect of their worship services for many years. Upgrading their production workflows to high definition in preparation for hosting a national convention, the church chose Z-HD5000 cameras from Hitachi Kokusai Electric America, Ltd. (Hitachi Kokusai) to deliver the superior video quality, price-performance value and ease of use that they wanted. 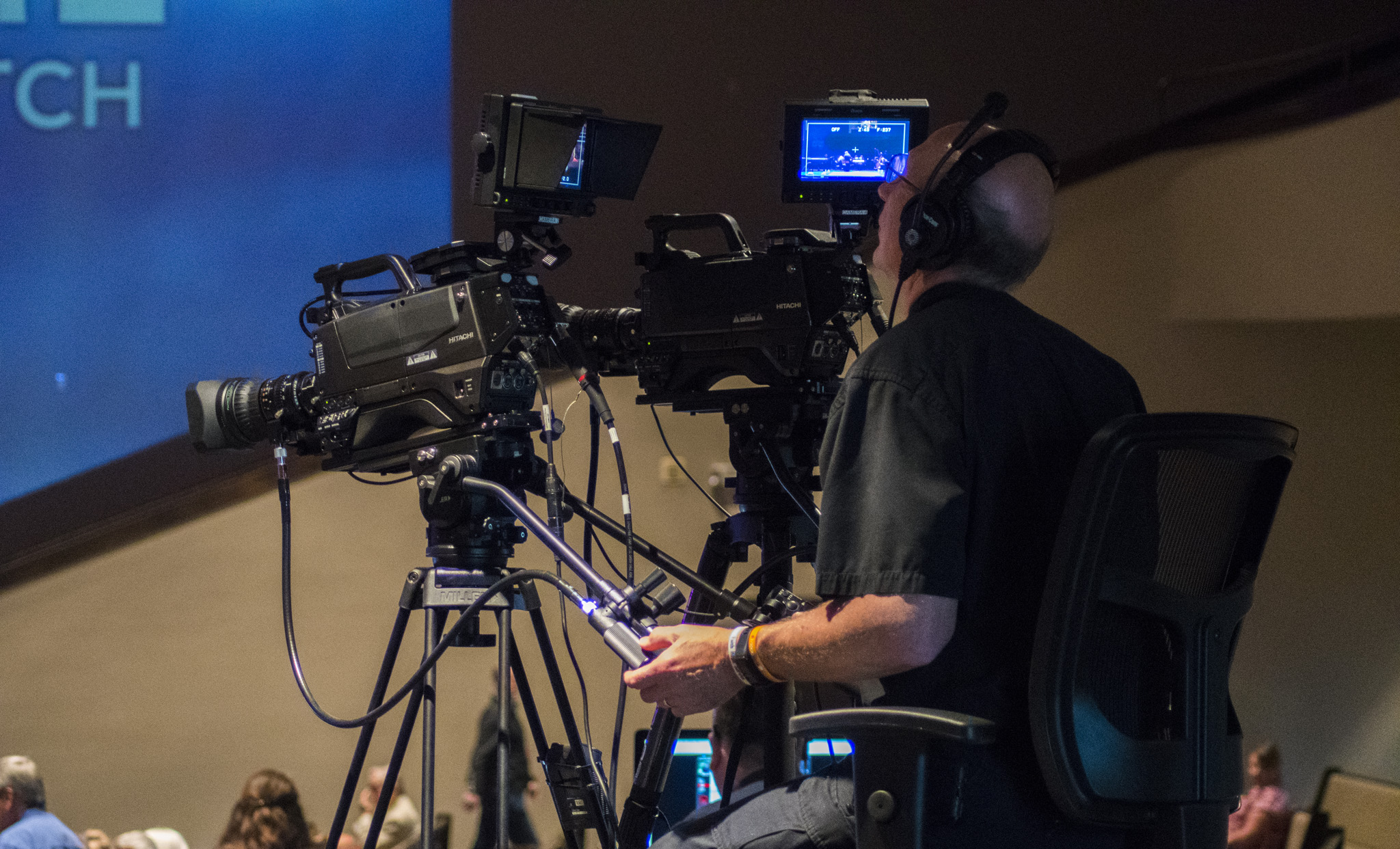 Close to 2500 congregants attend one of two services at Central Community Church each Sunday morning. The classic worship service offers a choir, orchestra and practical teachings in a traditional style, while the contemporary service features a band and sermon in a more casual tone. Video plays a key role in both of these gatherings.

“Through the years, video has changed the face of what people know of as church,” said Ben Brandfas, Technical Ministries director at Central Community Church. “When you walk into our Worship Center, we have large projection screens that become an element of the service. We try to make our big room feel smaller by showing people closer-up.”

Hosting the national Church of God Convention in the summer of 2017 required Central Community Church to stream the event live in HD. “We had already wanted to upgrade to HD to make our streams and on-site video look better, and the upcoming convention further motivated that initiative,” Brandfas recalled. “We held a campus-wide campaign to update our video systems and other upgrades around the buildings.”

Brandfas had been very satisfied with earlier HITACHI standard definition cameras, and the experience of other houses of worship led him to consider the Z-HD5000. “Other churches I knew of were really happy with both the Z-HD5000’s price point and the quality that they bring,” he said.

While already leaning towards the Z-HD5000, Brandfas did his due diligence and visited another camera vendor at the NAB Show. What he discovered reinforced the HITACHI cameras as the best choice. “My NAB experience was an eye-opener, as Hitachi Kokusai was far more willing to take time showing us the cameras than the other manufacturer,” he explained. “We realized that was indicative of which vendor would give us better customer service. With Hitachi Kokusai, we could talk to real people who truly valued our business.”

Four Z-HD5000s are now used in Central Community Church’s sanctuary, with one on each side of the stage, one in a center-rear position, and the fourth either on-stage or used as another center camera. In addition to the live stream and image magnification (IMAG) on two 16-foot by 9-foot projection screens, video from the HITACHI cameras is also distributed to large displays throughout the campus. Each camera feed is also iso-recorded, with footage incorporated into the church’s yearly Christmas television special.

The quality of the Z-HD5000s has lived up to their stellar reputation. “They’re just a great-looking camera, and they were really ‘plug and play’,” said Brandfas. “We just turned them on, and they looked good right away. A HITACHI technician came out to commission and adjust the cameras, but they looked great right out of the box.” 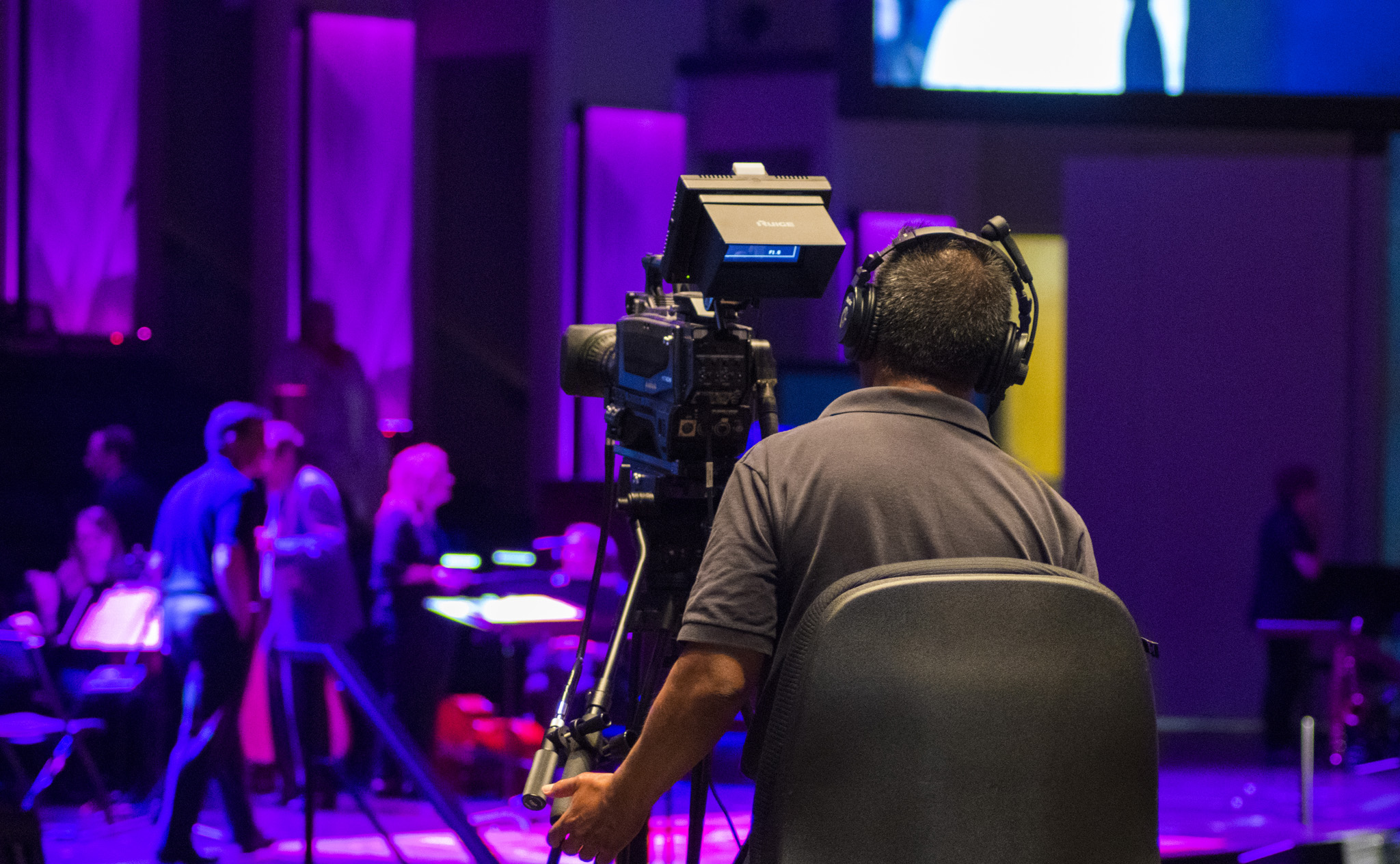 Brandfas also highlighted the cameras’ ease of use as very beneficial for the church’s all-volunteer production crew. “The Z-HD5000s are very volunteer-friendly,” he lauded. “Using the joystick on the RU-1500JY remote control, they can quickly and easily shade the picture, and the operational consistency with our old SD cameras meant they needed very little training.”

Combined with Central Community Church’s other production equipment upgrades, the Z-HD5000s have enhanced the overall visual experience for its worshipers. “People in the congregation have been amazed at how good the screens can look,” Brandfas concluded.