Formally known as the State University of New York at Binghamton, the school is ranked among the elite public universities in the country, and offers students a broad, interdisciplinary education with an international perspective and one of the most vibrant research programs in the nation. The university’s Binghamton Bearcats teams compete across a wide range of sports in the NCAA’s America East Conference. 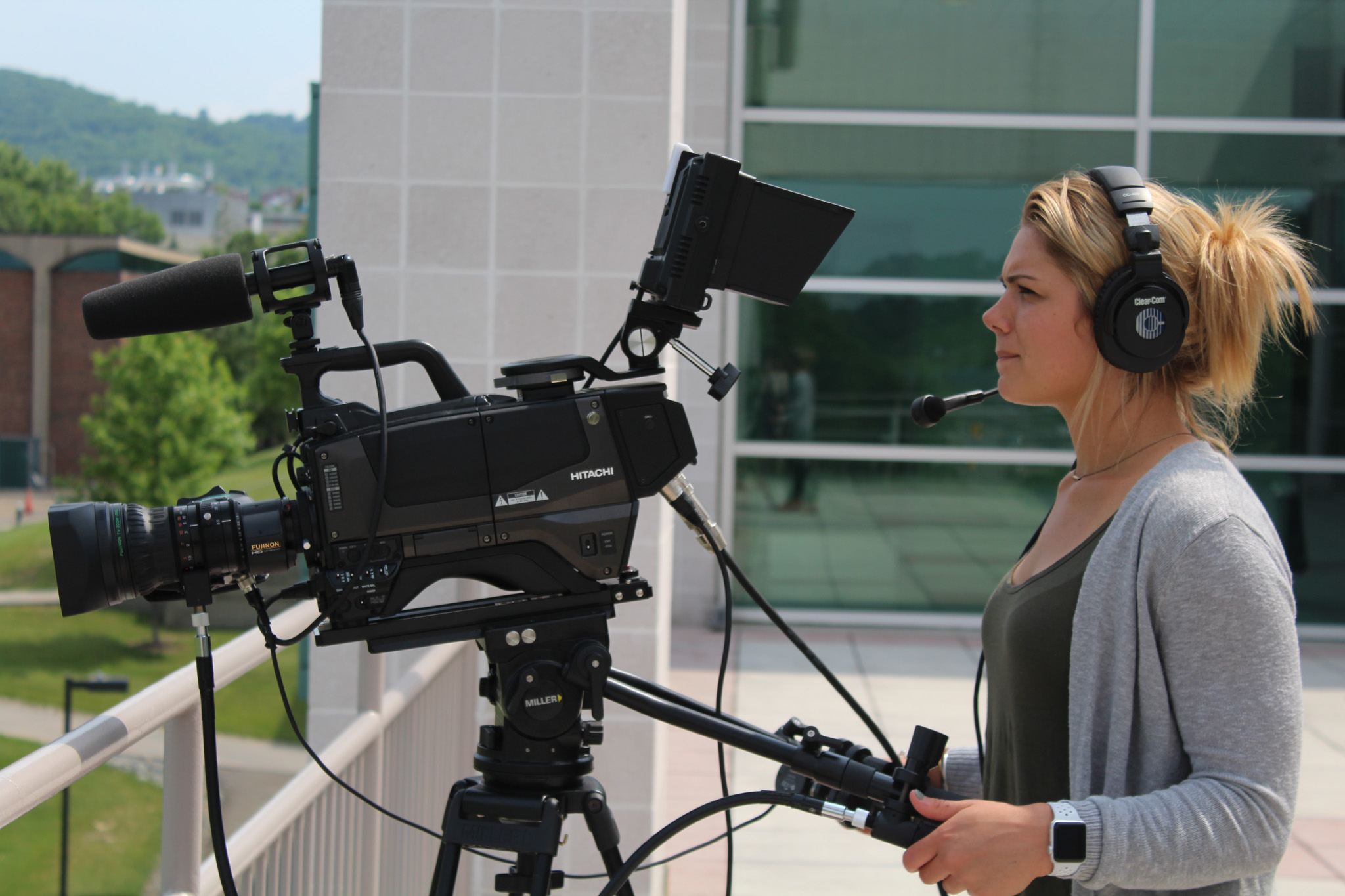 With an agreement between the America East Conference and ESPN bringing live streams of all of the university’s basketball matches to the online service, the athletics department needed to upgrade its production capabilities to meet ESPN3’s guidelines. “Our existing equipment wasn’t up to the task,” said Dave Van Gorder, video production and multimedia coordinator for Binghamton University Athletics. “We needed to create broadcast-quality video, and our earlier cameras were not capable of that. The HITACHI cameras are a huge step up from what we had previously, and the difference has been definitely visible in our productions.”

Two of the Z-HD5000s are deployed on tripods in high-center positions at the Binghamton University Events Center, providing a wide ‘game shot’ and a tight ‘hero shot’. The other two cameras are used in shoulder-mount ENG configurations on the arena floor, most commonly with one below each basket.

“Upgrading to HITACHI cameras freed us from the HDMI connectivity of our old units, which limited where we could locate them and precluded on-floor shots,” said Van Gorder. “Now we have the flexibility to move the cameras around during games, such as taking the floor cameras to mid-court for announcer stand-ups during breaks.”

In addition to ESPN3, live streams of the games are also available on the America East Conference website (www.AmericaEast.tv) for international viewers – an important audience given that the university’s teams include players from all over the world. The live feed and replays are also displayed on the arena’s 14 foot wide video board, enhancing the in-venue fan experience, while archived footage and highlights are distributed to coaches, the conference office, and the school’s social media channels.

With the cameras typically operated by student volunteers, the Z-HD5000’s ease of use has proven very beneficial. “The HITACHI cameras have enabled student operators to get great shots with just minimal instruction,” explained Van Gorder. “We’ve had more than 20 students using them over the course of the season. While we try to provide training in advance, sometimes students have had less than an hour before game time to familiarize themselves with the cameras, yet we still got good results.” 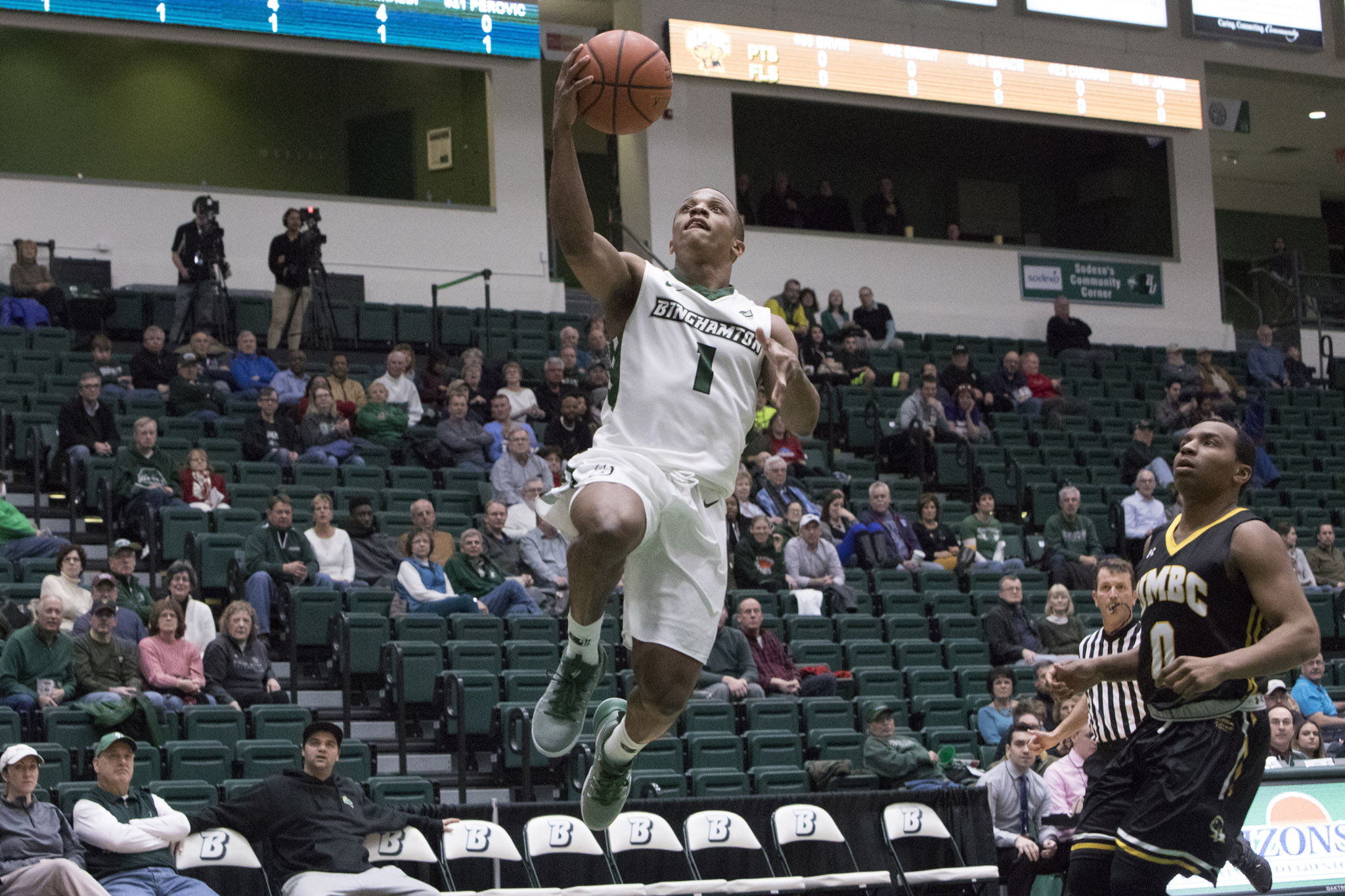 Beyond their operational simplicity, the cameras have also proven quick and straightforward to deploy for each game. “It’s really easy to put everything together, configure them and set them up,” said Van Gorder. “I can have all four cameras set up and ready to go in under an hour.”

The two fixed-position cameras are equipped with VF-701HD 7” color LCD studio viewfinders and mounted on Miller tripods, while the roving units are paired with VF-402 black-and-white ENG viewfinders. All four cameras are outfitted with Fujinon XA20sx8.5BERM lenses with 2x zoom extenders, and are linked to TU-HD1000 camera control units (CCUs) and RU-1000VR remote panels in the facility’s control room.

Building upon the success of their basketball streams, Binghamton University plans to expand their streaming coverage in the fall to include soccer matches originating from the Bearcats Sports Complex, as well as wrestling.

“The Z-HD5000s have been great tools for us, and as a department we are very pleased with the results,” summarized Van Gorder. “The cameras are just part of creating the final packages that are our ESPN3 broadcasts, but it’s meant a lot to our department that we can now put out such high quality productions, and ultimately that starts with the HITACHI cameras.”