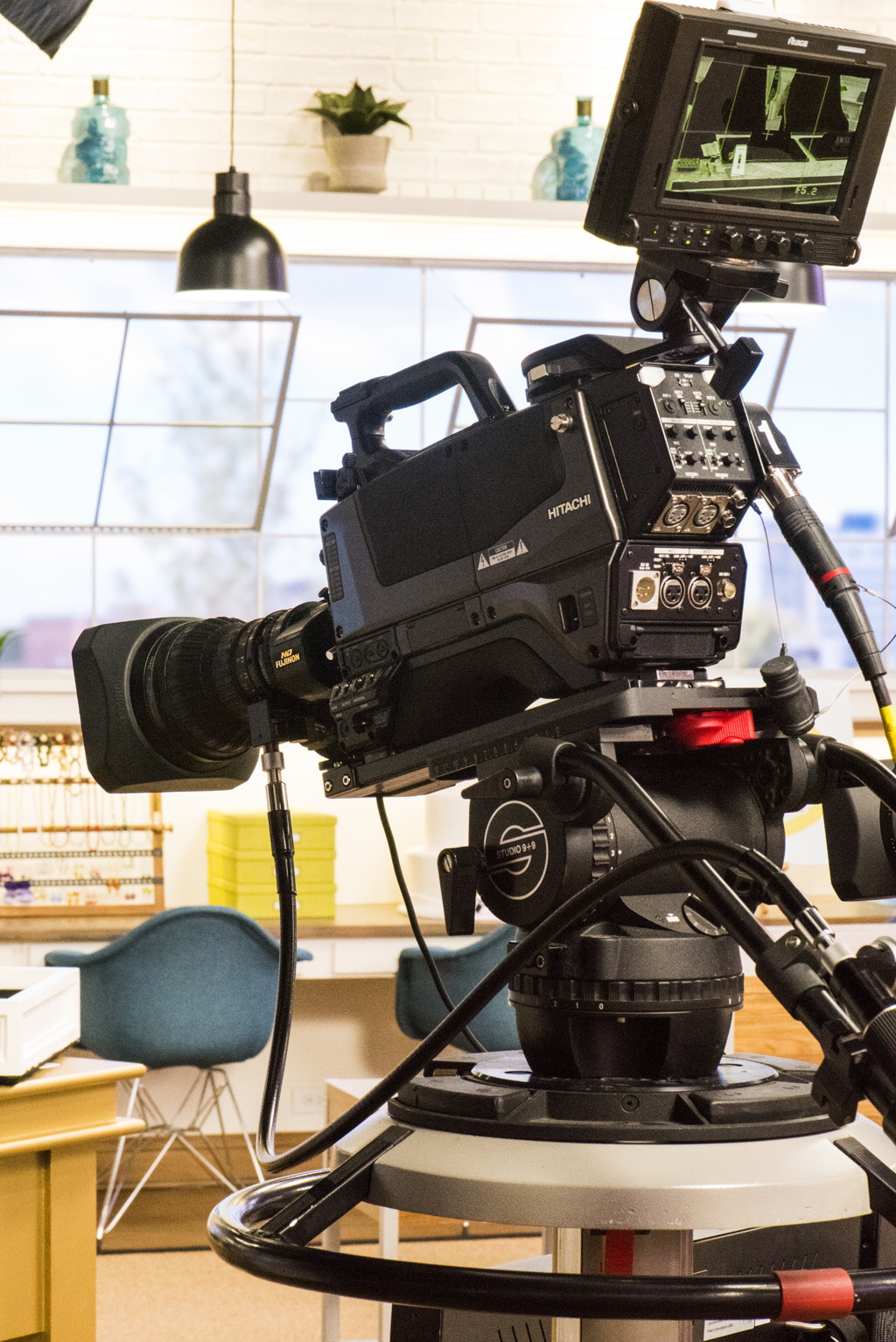 Headquartered in Knoxville, Tennessee and backed by a proven, 25-year history, JTV is the leading retailer of jewelry and gemstones in the United States. JTV’s live programming is available 24 hours a day, seven days a week to 85 million U.S. households through a variety of television providers and the company’s website, JTV.COM.

When JTV renovated its third studio (Studio C) and control room in 2015, they took the opportunity to replace the studio’s aging cameras from a different manufacturer. “Our goal was to change the look of the studio with a more modern set and LED lighting,” said Dennis Wilson, chief engineer at JTV. “We decided to look at different cameras as part of that project. We compared the HITACHI Z-HD6000s to our existing cameras and felt that the Z-HD6000s were much better.”

The resulting business benefits were tangible, validating JTV’s choice. “With the new set, lighting and HITACHI cameras, sales from that studio improved,” Wilson explained. “That shows we’re on the right track, and it’s one of the reasons that we’re now updating Studios A and B and that we bought the additional Z-HD6000 cameras – to try to get the same boost.” 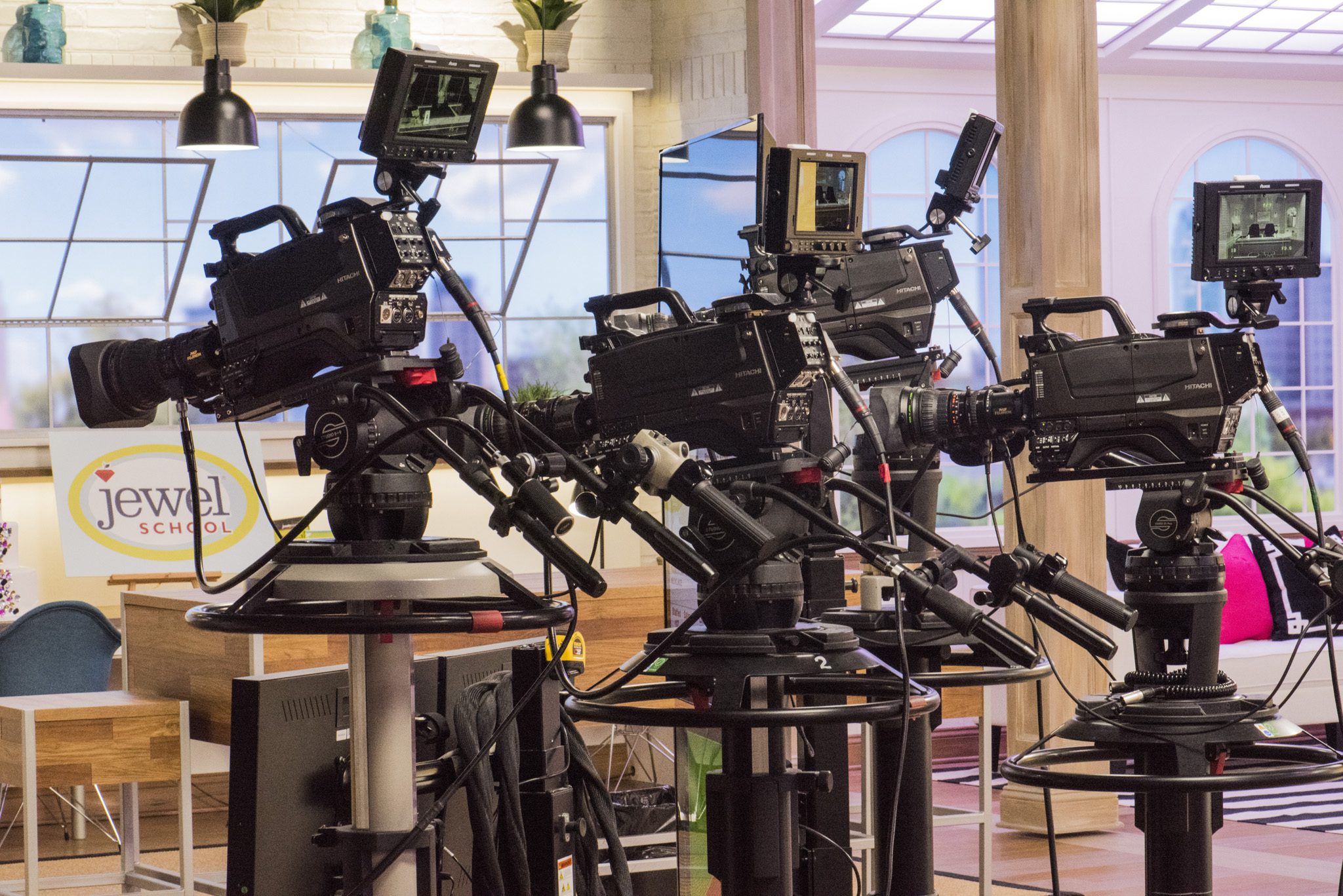 Purchased through reseller Technical Video Systems in North Carolina, five Z-HD6000 cameras are deployed on pedestals in Studio C, with four additional units allocated to each of Studios A and B. Three cameras are used in JTV’s “lightbox” for product-focused specialty shots, while another two Z-HD6000s are deployed in the facility’s recently-built, 450-seat auditorium. The auditorium’s fiber infrastructure is wired to accommodate up to nine cameras that can be brought in from the other studios for shows with live, participating audiences.

Wilson points to the Z-HD6000’s superior visual quality and sensitivity as favorite features of the cameras. “They produce a great picture and great color,” he said. “I can’t directly compare the results to those from our previous vendor because we also changed the lighting, but in my opinion the Z-HD6000s have better chroma saturation and better light sensitivity than our earlier cameras. I don’t have to run as many lights to get the same effect as I used to.”

Those reduced lighting requirements benefit not only the resulting productions but also the on-camera hosts. “We need to light the jewelry to make it sparkle, while also keeping our on-camera talent happy,” said Wilson. “The Z-HD6000s adapt more easily to the lighting than our previous cameras, so we don’t have to blast lights into the talent’s eyes for hours at a time.”

The robust reliability of the Z-HD6000s contrasts with Wilson’s experience with the cameras from JTV’s previous vendor. “Our earlier cameras had a lot of overheating problems and other failures, and we needed to repair or replace every one of them,” he said. “I have not had any problems whatsoever with the HITACHI cameras. Once we have them set up, we never have to go back and do anything to them. Even when we move them between sets, it’s just an easy white balance and we’re ready to go.”

Very satisfied with the Z-HD6000s and the benefits they help enable, Wilson plans to make HITACHI cameras part of JTV’s future projects as well. “We’ve already begun physical construction on another new studio and control room, and we will use HITACHI cameras for that too,” he noted. “I have been very pleased with the Z-HD6000s. They proved to be much better than our previous cameras, and as we replace the remaining older units, we will continue to do so with HITACHI.” 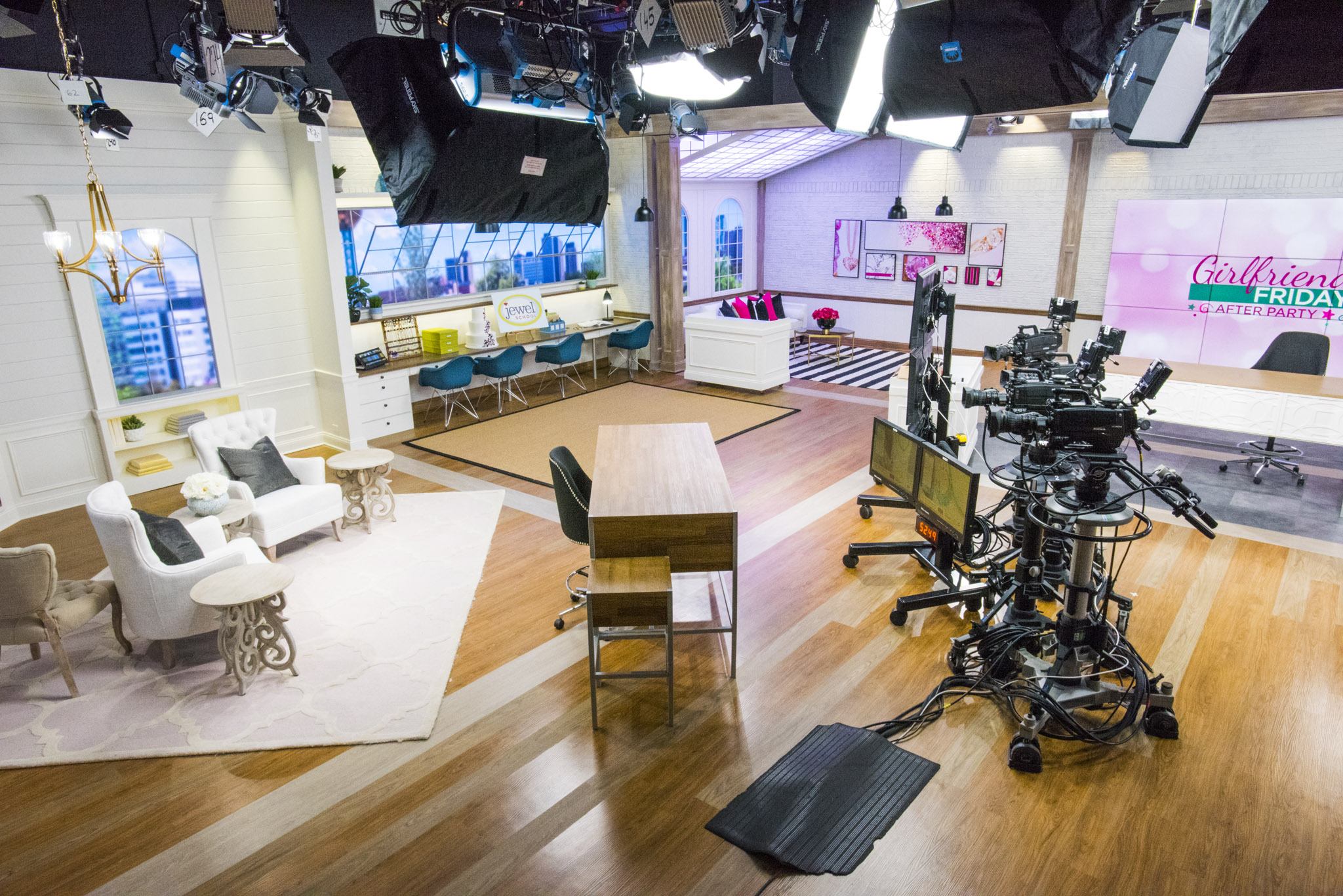 JTV (Jewelry Television®) is the leading retailer of jewelry and gemstones in the United States. With a proven 24-year history, JTV leverages an omni-digital strategy designed to elevate the customer experience through holistic, digitally-driven touch points, including live TV programming, 24 hours a day, seven days a week to 85 million U.S. households, an industry leading mobile optimized e-commerce platform, and a robust and engaging social media presence.

As part of its commitment to customer satisfaction and the development and distribution of educational content, the company employs numerous Graduate Gemologists and Accredited Jewelry Professionals. JTV.com is one of the largest jewelry e-commerce websites in the country according to Internet Retailer’s Top 500 list for 2015. For more information, visit JTV.com and JTV’s social media channels: Facebook, Instagram, YouTube, Twitter, Pinterest and LinkedIn.