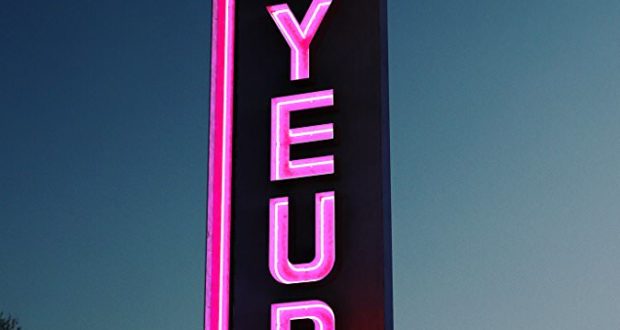 NEW YORK, NY – Netflix’s latest documentary triumph, “Voyeur” – the story of a motel owner with an elaborate means of spying on his unsuspecting visitors — benefits from a striking audio post production effort courtesy of another collaboration between HOBO’s Senior Engineer Chris Stangroom and noted indie film mixer Tom Paul of Gigantic Studios. The two collaborated on the Emmy-nominated doc “Amanda Knox,” (also for Netflix), and acclaimed “Weiner,” among many others.
“Typically in our work with Tom we handle dialogue editing, sound design, sound effects editing and a full 5.1 premix of all the elements,” Stangroom says. “For ‘Voyeur,’ our focus was cleaning up the dialogue, which required a lot of technical massaging. By focusing on the quality of the dialogue, we were able to make sure that the film felt much closer to a Hollywood thriller, than an indie doc.”
Stangroom notes that the creative challenges on “Voyeur” centered on the massive amount of interviews recorded over the span of many years. The film’s co-directors Josh Koury and Myles Kane would frequently pull bits and pieces of audio from different interviews for inclusion in one scene. This meant that the HOBO team (which also included engineers Stephen Davies and Julian Angel) had to mold those disparate sounding interviews and segments into a single thought. The team did that by matching dialogue, EQs and intonations in language – a complex and time consuming task.
Looking back at HOBO’s recent run of acclaimed documentary work, which in addition to “Amanda Knox” and “Weiner, includes audio post duties for Viceland’s acclaimed 6-episode reality series “The Last Shot,” Howard Bowler, HOBO’s Founder/President, notes that audience expectations for sound in documentaries has risen to that of big, Hollywood films.
“HOBO’s been fortunate to be attached to some top documentaries,” Bowler says. “The reason I think filmmakers want to work with us is because first and foremost our goal is make an emotional connection to the audience through sound. Each element in the soundtrack has to have a reason and has to fit. That mindset has helped us grow exponentially, and improve the client experience, as well as the work itself.”
About HOBO:
HOBO is an audio post production company dedicated to creating an exceptional listening experience. With a growing staff and client list, HOBO has earned the trust of some of the most iconic brands and companies in the world. Make yourself at HOBO.
Web Resources:
Click here to see the official “Voyeur” Netflix trailer:
youtu.be/kTAYqsT05Dc
Click here to see a clip from “Voyeur”:
youtu.be/ILzvM6KX-6s
Click here for more info about HOBO:
www.hoboaudio.com