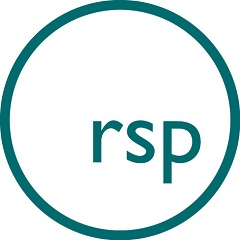 Adelaide, South Australia—Houdini, Side Effects’ 3D animation software, is a principal tool at Rising Sun Pictures and at other visual effects studios (VFX) worldwide engaged in feature film and high-end television VFX. The software is valued for the flexibility of its procedural design and robust capabilities in modeling, animation, character rigging and lighting.

In August 2015, Rising Sun Pictures partnered with the University of South Australia to create an opportunity for third-year students undertaking a Bachelor of Media Arts. Ten promising students spent ten weeks at RSP’s Adelaide facility, learning VFX in Houdini with artists Dan Wills and Thomas Cant, whose collective credits include such films as Gravity, The Hunger Games and X-Men: Days of Future Past.

“We wanted to help students build on skills they had learned at University, and provide them with intensive training offered in the context of a working visual effects studio,” says RSP’s Education and Training Manager, Kirsty Parkin. “Students are taught by experienced professionals and master skills they will need to land jobs in the industry and build productive careers.”

Sometimes, students who successfully complete RSP training courses transition to staff positions with the company. In January 2016, three of the Bachelor of Media Arts students who studied Houdini at RSP began their careers as junior Houdini VFX artists. Kurt Debens, Benjamin Holen and Nick Beins worked hard to grasp the principles of the node-based program, and were rewarded with their first professional roles in the VFX industry.

Kurt, Ben and Nick all developed an interest in visual effects early in life.  “I always enjoyed gaming starting with Donkey Kong,” recalls Nick. “When I got older, I became more interested in film. I watched behind-the-scenes footage of the making of films and games and thought that would be a really cool job.”

Nick began taking animation courses in high school. He went on to complete an Advanced Diploma at TAFE SA and then enrolled at UniSA. Kurt and Ben followed similar paths. In third-year, their UniSA lecturers suggested them for RSP’s Houdini placement as a stepping stone to help them make the transition from the university environment to the professional world.

RSP’s 10-week Houdini training program was demanding and rigorous, exposing students to everything from the basics of navigating the User Interface to the intricacies of modeling and fluid simulations. Students trained in a studio environment, worked with elements from actual film productions, and were required to produce professional quality results.

“I had no idea what to expect going in,” recalls Kurt. “The course took what we learned about Houdini at UniSA and allowed us to expand that knowledge dramatically. Not only did we gain huge new insights into Houdini, we were taught basic Nuke compositing skills essential for visual effects artists.”

“I really enjoyed the classroom experience,” adds Ben. “I had my own computer and spot in the room. Having daily conferences with our instructors was very good. We were able to talk with them about what went right and what went wrong, and get help with anything that needed fixing.”

Nick admits that the pace and high expectations were challenging (“Every day when I got home, I just wanted to sleep!”), but their efforts were repaid by the depth of the lessons and the opportunity to put their new skills into practice. “We went from understanding the very basics of Houdini to comprehending the process of creating our own tools from scratch, using and creating vast node networks, and understanding the lighting and rendering process. Anyone who has used Houdini knows how complex and intimidating it can be. I am amazed by how much we learned!”

The course wasn’t limited to software training. Students also received career guidance from RSP’s HR staff. “We got great advice about applying for jobs and on what recruiters want to see,” notes Ben. Nick points out that there were also intangible benefits.  “We were given countless networking opportunities and firsthand insight into how a VFX house operates,” he says. “Most importantly it was fun!”

Currently, the three new junior artists are settling into their professional roles and looking forward to their first big movie project. “Right now, I’m focused on learning as much as I can and continuing my progress,” says Kurt. His advice to other prospective artists is to follow his example by “working hard and taking advantage of opportunities that arise.”

Asked if that might include training at RSP, Kurt offers an unequivocal response: “YES!”