YouTube is the world’s largest video platform, home to over 800 million uploaded videos with more than a billion daily views. Children–ages 13 or under–account for a significant amount of those views. In 2018 YouTube was the target of several advocacy groups that accused the video giant of violating the Children’s Online Privacy Protection Act. When the Federal Trade Commission and New York Attorney General joined the fray, Google agreed to a settlement in 2019 which sent a ripple through the “YouTubiverse”, affecting the future of content creators.

The Children’s Online Privacy Protection Act (COPPA) was established in 1998 and aims to protect children from having their activity tracked without consent from their parents or guardians.

This created regulations that publishers, operators, and broadcasters must adhere to remain compliant with the law. Some of these regulations included providing transparency regarding the type of information collected, reasonable notice to parents for the intent of information collection, and the ability to verify parental approval for the use of the data. The law also prohibits collecting more data from children than is necessary for the specific activity they are engaging in.

The spark in the powder keg of allegations against Google, Inc., and YouTube came from a few different scenarios. First, YouTube did not have sufficient systems in place to prevent children from accessing inappropriate material. There were instances of creators purposely releasing violent and mature content in the likeness of popular children’s characters such as Peppa Pig. Many of these videos featured murder and dismemberment, traumatizing young viewers.

The major focus, however, was on how YouTube collected user data. An excerpt from the claim filed with the Federal Trade Commission states: 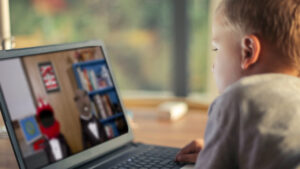 “…the FTC and New York Attorney General allege that YouTube violated the COPPA Rule by collecting personal information—in the form of persistent identifiers that are used to track users across the Internet—from viewers of child-directed channels, without first notifying parents and getting their consent. YouTube earned millions of dollars by using the identifiers, commonly known as cookies, to deliver targeted ads to viewers of these channels, according to the complaint.”

Google initially denied these allegations and claimed they were not in violation of COPPA because they were a “General Audience” platform and that its terms and conditions required users to be 13 years or older to use the site.

Despite this claim, it was demonstrated that Google boasted about its young demographic when pitching to sponsors and toy manufacturers. YouTube claimed to be the “new Saturday morning cartoon”, as well as being “voted as the favorite website of kids aged 2-12”, and bragged about its reach to children compared to TV channels.

In 2019 Google LLC and YouTube, LLC agreed to a settlement amounting to a $170 million fine to the FTC and the state of New York. As part of the settlement, YouTube agreed to implement a feature for content creators to declare if the video was for children or not. A simple solution on the surface, but one that caused a wave of repercussions among the online community.

Starting in March of 2020, Channel owners had to select a new option when uploading a new video. The option was a checkbox declaring the video as “made for kids” or not. This choice can be selected for each video, or set as the channel default.

It is important to make the distinction that YouTube is not asking if the video is family-friendly, but rather determining if the content was produced with the intent of having children as the audience. 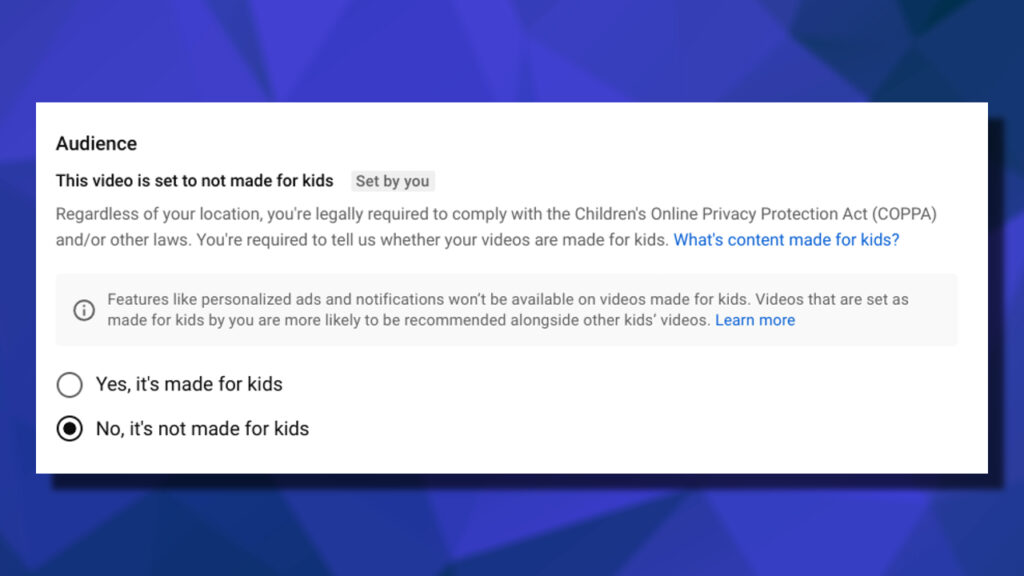 Videos that are deemed “Made for Kids” may fall under COPPA compliance, however, this comes at a sacrifice. Several of YouTube’s features are disabled and videos with this designation will not be allowed to have video comments, inclusion in playlists, end screens, cards, YouTube paid memberships, video release notifications, autoplay, video watermarks, likes or dislikes on YouTube Music, donation buttons, or super chat donations in live streams. More importantly, it does not allow targeted ads that use tracking cookies to focus on specific viewer behavior, which can greatly affect ad revenue generated by a channel.

This new feature caused a wave of panic among content creators, as many channels found themselves on the border of these qualifications. It wasn’t enough to make the declaration or not, the YouTube algorithm could also reset the age setting if it determined the video was appealing to children. A channel that featured puppets yet had adult content found itself teetering on the line.

Most channels made a major shift in the subject of their content, either swaying their focus toward children’s material or away from it. If a video is found in violation of COPPA, the FTC is entitled to seek a penalty of up to $42,000 per video infraction. Many creators chose to shut their channels down altogether rather than take the risk. 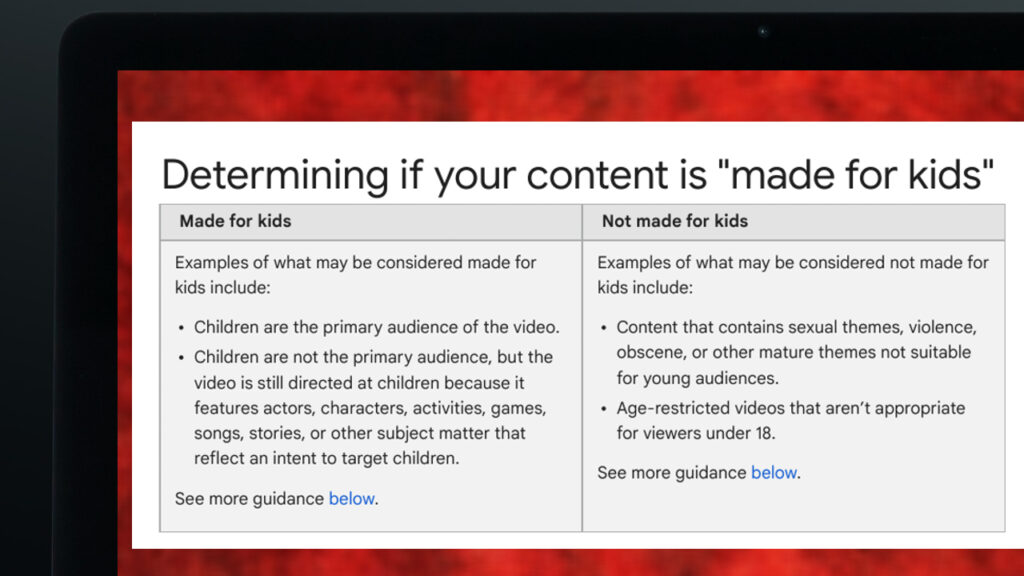 If you are running a YouTube channel you’ll of course want to make sure it is COPPA compliant. The best practice is to pick which audience you want and lean into it. Keeping the margins clear will take that uncertainty off of your shoulders. If your channel is not designated for children but you wish to produce a video that may appeal to them and want to be safe, you can still declare that individual video.

Be honest about your content and don’t try to fool the algorithm. Marking a mature video “for kids” and declaring a children’s video “not for kids”, are both in violation. Many people may want to keep the audience “open’ so they don’t miss out on ad revenue, however, the penalty of a $42,000 fine–should the FTC wish to impose it– isn’t worth the risk.

Producing a profitable children’s channel on YouTube is still possible if you exercise a little foresight. While COPPA prohibits tracking a child’s online activity for targeted ads, there are still companies that will advertise general commercials for children’s programming. If we take Google at their initial boasting, that they are the number one video platform for kids, then there is some serious audience potential there. All it takes is understanding the rules and a little planning.