How Sports Teams AreUsing SaaS To Deliver the Main Event

As NAB quickly approaches, the industry is looking forward to seeing the latest and greatest innovations in the broadcast, media and entertainment technology. At Signiant, we’re also taking a moment to look back at how the industry has changed over the last year. One of the greatest evolutions, which we continue to see, is the increased quality of video. Just a few years ago, HD was on the cutting edge. Now the adoption of 4K televisions is increasing among consumers, and 8K is on the not-so-distant horizon. This has resulted in an improved experience for consumers, but also major technical challenges for those behind the scenes.

Research firm IHS predicted that the 4K display market would grow to $52 billion by the end of 2020. And, Futuresource Consulting, estimated 30 million 4K TVs sold in 2015. What’s driving this demand? As resolution improves, consumers gain a much more realistic, immersive experience. This can be a game changer for sports fans who want to feel like they are part of the action. In fact, many TV manufacturers offered deals on 4K TVs in advance of the Super Bowl, knowing that fans wanted the best possible viewing experience.

The demand for higher-resolution content isn’t going away, so those in the trenches in charge of creating this content and then delivering it to consumers will need to adapt. As more high-resolution content is created, file sizes are growing exponentially – for example, an 8K video file is much more than twice as large as a 4K file. This in turn means that the challenges of file movement are compounded. As files become larger, it becomes that much more difficult to reliably send them via traditional methods like FTP.

Many media teams still rely on FTP (File Transfer Protocol) to transfer large video files. More than 40 years old, FTP has an archaic user interface and slow, unreliable performance. FTP was originally written in the 1970s, back when companies didn’t widely rely on technology or even computers, and the three-point line hadn’t even been invented. Another, even more outdated practice is to physically mail hard drives, which means it can take days to deliver timely content to its destination. With the rapid growth of file sizes the inefficiency and reliability of these methods are also being compounded. Enter SaaS file transfer technology.

At Signiant, we work with some of the biggest names in sports – from football and basketball to hockey and rugby, and over the last year, we’ve seen a surge in sports teams using SaaS (Software-as-a Service) to solve the challenges associated with large file transfers. SaaS delivers high-availability access, global performance and unprecedented scalability, meaning sports teams can move content from anywhere in the world, any time they need to. SaaS technology enables efficient distribution of large files for sports teams’ various workflows– teams need to send replays during broadcast, send game footage to coaches, collect scouting footage from coaches on the road, send highlights to sponsors and press conference footage to affiliates, all under tight deadlines.

For example, when the Detroit Lions were up against this challenge, they turned to Signiant to move their large content files. Using Media Shuttle, Signiant’s SaaS file transfer solution, they can quickly send footage during pre-season and the regular season for everything from press conferences and interviews to the local television affiliates they work with.  Another team in the league is using Media Shuttle to send weekly game clips to be included in their team’s weekly wrap-up show; as well as footage used for commercials aired with their local TV affiliates.

In an industry where there are major peaks and valleys, SaaS file transfer solutions allow teams to scale up during peak times and scale down in the off season, while the pay-as-you-go pricing model reduces cost of ownership. A professional golf organization is actively using Media Shuttle this time of year when usage has spiked during their tournament season.  And similar to the other teams, this organization is sending footage to 20-30 broadcasters in the region.

Another benefit of SaaS is that it doesn’t require a huge upfront investment. Teams can subscribe once and renew each year if the software continues to serve their needs, without the risk of deploying additional hardware or any IT heavy on-premises software that requires maintenance and management.

With the obstacles of growing file sizes and antiquated solutions to move those files, it’s no surprise that professional sports teams are turning to SaaS to tackle their file transfer challenges. Much of the evolution in the sports video industry is and will continue to be driven by demand from consumers who are hungry for higher resolution content. That means that even larger files need to make it to the right people at the right time in order to reach their ultimate destination on viewers’ TV screens. SaaS file transfer has changed the game of moving media and now appears to be the path to the future. 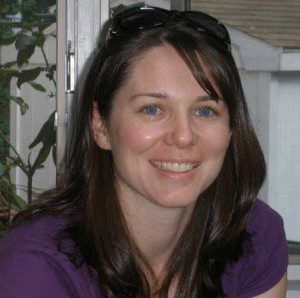 Katie Staveley is the Vice President of Marketing for Signiant. She draws on over a decade of experience marketing B2B software and technology solutions to drive awareness and interest in Signiant’s innovative file transfer solutions.  Before joining Signiant, Katie held marketing positions at other successful software organizations including Acquia, HP, and Empirix; and worked with 3-D printer manufacturer Objet Geometries.  Katie typically writes about how organizations are leveraging Signiant to drive business growth.