Since day one, everyone in the video business has had a common problem. Your company bids on a job for a client and offers a fair price. The client responds that it costs too much and they will look elsewhere.

If you are new in video the business, this creates conflict. The work is sorely needed, but with the price the client wants to pay, the gig is a money-losing proposition. What do you do?

This may seem like a modern problem in a time when almost everyone has a video camera in their pocket and the value of video production is not widely appreciated. But it actually dates back to the early video production businesses in the 1970s.

The basic thing video entrepreneurs have to learn is the price they are charging is not for equipment, but the skill of the people using it. In the early days, just having video equipment was so rare, it almost guaranteed work. Not anymore. The iPhone changed that forever. Having equipment today does not make a business.

With video equipment now commonplace, the skill and integrity of the people being hired is what matters. Make sure the client understands that — especially when they question why professional video costs so much. Let the client know that though everyone has a pencil, few know how to write well. It’s the expertise they are paying for.

Many times, the low-ball offer comes from those ignorant of how video productions are made. The personal experience of most people is a “point and shoot” camera for home videos. They often think it is easy to shoot and edit professional video.

If they still won’t pay the price, it is best to walk away. The client is either not aware of the difference between high-quality and low-budget production, or they are trouble to begin with. The moment you take a job that doesn’t pay enough, it is more than a financial hit. You are allowing your hard-earned expertise to be undervalued.

It can be very hard to do when starting a new business. But if you break down and work for too low a price, you’ll surely regret it. It is a tough lesson that I and many others have had to learn over the years. 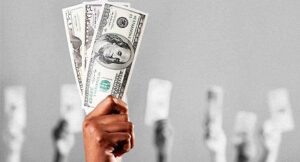 When a potential client says they want to do a production for X-amount of money, tell them honestly what you can do for that price. Don’t over-promise just to get the job. Many clients will want more or they’ll want it faster, which ups your costs. Factor speed into your price.

Be honest in describing what can be done and how quickly you can do it. It is important not to miss a deadline because you promised too much. In the end, honesty builds trust, which is valuable for the long-term relations with good clients.

As time goes on, if you are skilled and do excellent work, pricing it will become easier. You will be amazed at how good word of mouth can help your business. When you get a reputation for excellence, clients will be far more comfortable paying your asking price.

One of the oldest cliches from clients is to tell you if you’ll do a job for a very low price, the project will give you the exposure for more lucrative future work. Never has that happened. Don’t fall for future promises for below-cost work. It’s a myth. Once you take too low a price, you will never be offered more.

Sometimes you will lose the client over prices and they will go elsewhere. It may be hard to take at the time, but it is not a bad thing. It shows confidence in one’s own skills to understand that sometimes it is best to lose a job.

Every so often, a gig comes along that is so attractive it is hard to say no — money or no money. One like that happened to me in 1976 and I’m still not over it. At the time, I had a rare RCA TK-76 camera, one of the first broadcast ENG cameras available.

The great photographer Robert Frank and poet Allen Ginsberg were doing a one-week workshop and wanted to experiment with video. I was invited to work with them with my camera. On the same week of their workshop, I was offered a $5,000 job with the camera. I couldn’t rearrange the paying job.

Money was so tight, I cancelled Frank and Ginsberg. To this day, I regret it. Sometimes…very rarely…great opportunities present themselves and they are bigger than paying jobs. This was one of them and looking back I should have given up the paying job for this once in a lifetime opportunity.

Every video business owner has to set personal, as well as monetary goals. None of it is worth it if you don’t enjoy the work and find exciting new adventures along the way. It is important to learn the craft, to become the best at what you do, and then choose clients who not only pay fairly but are a joy to work with.

Trust me, those clients are out there. For all the ones who don’t want to pay a fair price, there are plenty that do. If you provide them superior quality production services, they will gladly pay for it.