For creators who produce large amounts of content each day — such as news or documentary segments — there is a way to preserve the elements of these stories and have fast access to them for future productions. These archived digital or analog elements can be written words, still photos, video and sound.

In basic terms, the workflow for creating an archive appears simple on the surface. Select the materials to preserve; gather them in a single place; organize them with metadata for future access; and then back them up to an archive. This process, of course, is much easier said than done.

Software and storage — whether on a cloud or physical server — are needed to do efficient archiving. The software must securely store various file types, along with metadata to aid in the indexing and searching for specific content. There are many types of archival databases, but this article will deal only with news and documentary video/sound storage and its rapid access.

The news business is unique. Speed to produce fresh content is essential. Time is of the essence in locating previous coverage leading up to breaking developments. That old content suddenly becomes a valuable income-producing asset that must be rapidly accessed.

It is easy to allow a media archive to morph into an indecipherable monster of confusion. This can happen when the video assets are stored in different locations and formats. It can also happen when multiple archives are merged together or when knowledge is lost after people leave an organization without creating good metadata. 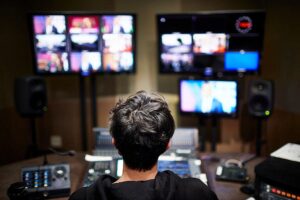 To create an efficient archive — regardless of the software being used — there are some basic rules to follow. First is to prioritize — assuming that all material kept in archival storage is not of equal value. What is the most important content and what is not? When this is determined, protect that prized content first. Make sure the metadata is specific, accurate and usable and all the original story elements are packaged in one place.

Create a solid plan for logging, tagging and categorizing the content. This metadata makes a huge difference in searching for elements of a story. When something goes wrong, the chances are poorly conceived metadata is the culprit. Make metadata specific and not too general. For example, don’t just tag a subject as the name of a sports team. Over time, hundreds of stories will come up with the same team. Be specific on what the story is actually about.

Multiple people handling the same type of content can also be a problem. Without clear guidelines, individuals often use their own personal interpretations of how to label video. Metadata requirements should be standardized within an organization and, if possible, one person should be responsible for the work.

Standardizing file naming and setting a protocol is very important for easy searches in the future. It can also be useful to assign different permission levels for individuals accessing the data. This can reduce inconsistency is metadata files.

Make sure the correct content or asset management system is chosen to fit for your organization. There are many choices. The system should be able to automatically move files from online to nearline, and then to archive and offline storage. It should allow the construction of templates for adding metadata. Everyone using the archive should understand how the software operates (and doesn’t). 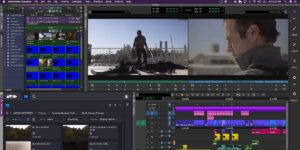 “Nearly one quarter of broadcasters say that they have already deployed AI, while over 60 percent of them are likely or somewhat likely to deploy AI in the next two to three years,” the report said.

AI can do automatic speech-to-text for easier searches; facial recognition searches for finding sound bites; scene analysis for locating scenes; or optical character recognition (OCR) for situations when the metadata is incorrect. Most newsrooms use AI to automate routine tasks and create faster workflows.

Some media asset management systems using AI can find B-roll to match the searched text as fast as the editor can type it in — all from footage that was just recorded in the field. News producers and reporters can even cut the video of their stories as fast as they write the script.

We are in the early days of powerful AI technology. Implementing AI into the broadcast production process can help news organizations speed up the entire story production workflow. It is clearly the future of archiving software.

Another trend in archiving is cloud-based storage. Cloud tiering enables clients to offload unused cold data into cost-efficient cloud storage. Not only is cloud storage less costly, but the storage space can expand on the fly — allowing instant huge storage capacity increases beyond that of fixed servers.

Regardless of how an organization archives its material, the system must connect teams of content producers and media at diverse locations throughout the world. Systems like Avid’s MediaCentral provides a unified media production platform, deployed both on-premises or in the cloud. Cloud-based video archiving systems such as Amazon Web Services (AWS), Telestream and others are on the cutting edge of the new technology.

Media archives are always a work in progress. It never stops. Once an archive is up and running, it needs constant checks to ensure it works well for the user. If a producer cannot easily find a clip, something is wrong. When this happens, don’t ignore it. Find out why and resolve the problem so it doesn’t bite you again later down the road.

Solid digital asset organization strategies are important to news organizations for speed and full monetization of content. Don’t get sloppy. It can cost your organization big time.