Zulu
THE BEAT:
Home » Featured » How to Pick the Right Sensor for Your Video Camera 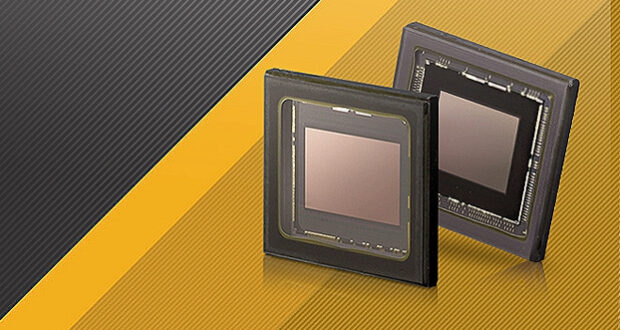 When shooting video, the camera operator is actually recording light — not just visual scenes. This is why the sensor in a video camera matters. How that sensor handles the light it captures is a key element in shooting high quality video.

There are two main kinds of sensors for video cameras: CCD and CMOS. CCD is short forcharge-coupled device, while CMOS is for complimentary metal-oxide semiconductor. Both kinds of sensors do the same essential job: they gather light from the camera’s lens and turn it into an image for recording.

The light, once it hits the image sensor, becomes an electrical signal. Depending upon the sophistication of the camera, the image processor also automatically performs a variety of digital processing functions to the image. These can include white balance, filtering, stabilization, error correction, color correction and more recently, artificial intelligence (AI) processing.

George Smith and Willard Boyle, inventors of the CCD

The earliest camera sensors were tubes, which date back to the 1930s. By the early 1990s, camera tubes were replaced by CCDs. The modern solid-state image CCD sensor was invented by Williard S. Boyle and George E. Smith at Bell Labs in 1969. For their work on CCDs, they were awarded the Nobel Prize for Physics in 2009.

The first CCD cameras used three chips — one each for red, green and blue. An image processor combined the three colors into a useable signal.

CMOS sensors came next, though the technology was conceived in the late 1960s. CMOS chips could not be commercialized at first due to the lack of sophistication in microfabrication technologies. Those processes were refined in the 1990s. Since 2004, CMOS technology is generally considered to be more advanced than CCDs. 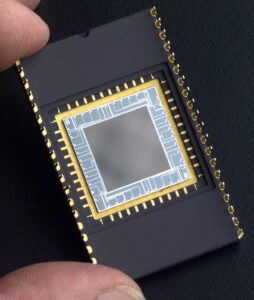 Both CCD and CMOS sensors are semiconductor devices that use photodiodes to capture light. They differ mainly in terms of how they are made and how the signal is read. CMOS chips combine both an image sensor and image processor into a single chip, while CCDs separate the image processor from the sensor.

Another major difference is CCDs move information from the sensor in sequence. CMOS sensors use parallel processing, which provides for higher speeds and lower power consumption. The tradeoff can be rolling shutter and higher noise. This problem is being solved in the latest generation of CMOS chips, which use software to minimize the negative effects.

What are the factors that make a good image sensor and what considerations should a potential buyer make in purchasing a new camera?

One of the first considerations is the amount of desired resolution. Larger sensors create a larger image. It is obvious that a higher pixel count of the sensor will increase both the quality and price of a camera. A larger sensor gives the video producer better resolution and the breathing space to alter images in post without a quality loss in the video.

If the video content is only posted on the internet, smaller sensors are adequate. However, it’s another issue when the content is for broadcast or projected on a large cinema display screen. Generally, depending on the lens, larger sensors also perform better in poor lighting conditions and are capable of producing a more intense bokeh, the aesthetic quality of the blur produced in the out of focus parts of the image. 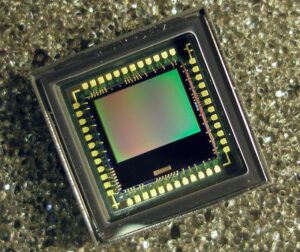 Another factor is dynamic range — the span between the brightest and darkest part of the scene. The sensor plays an important role in dynamic range, which demonstrates how much detail a sensor can capture in high contrast scenes. Dynamic range specs are constantly improving.

For example, one way to improve dynamic range is by using HDRx by RED Camera. There is a special mode that allows RED cameras to shoot two exposures for each frame, thus expanding the dynamic range.

Another factor is lens size. When a sensor is smaller than 35mm, the lens becomes more like a telephoto. This can limit a camera’s wide-angle capability.

It is an important consideration to decide in advance which lenses are preferred for use on a new sensor. The size of the lens and whether or not the video camera accepts interchangeable lenses for wide angle, telephoto, macro and other specialized applications is a major purchasing decision.

The sensor does not change a lens’ depth-of-field. The focal length, however, influences the amount of background blur in an image. The cropped picture may also force the camera operator to move farther away from a subject to achieve the same shot that a full frame sensor would offer in the original position.

Many of the limitations of small sensors can be overcome using the correct software. Denoising software can help reduce noise due to use of small sensors in low light. Artificial intelligence is revolutionizing imaging software. The rapid development of tiny cameras in smart phones has driven such innovation.

Overall, when considering different cameras and their sensors, map a diagram of your requirements and then compare them to the amount of money you have to spend. Finding the right camera is usually a series of compromises, unless you are on a sky-high, no limit budget. 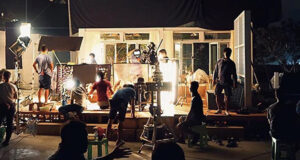