How Today’s Audiences Have Evolved

The film and television industry is a generational entity. It goes through trends and advancements that continually change the shape of the medium. Progressions in storytelling, filmmaking techniques, distribution, and even technology alter the cinematic landscape. And as these elements continue to develop and change, so does another crucial part: the audience.

There is currently a popular trend among Millennial and Generation Z viewers who embark on watching binges of movies preceding their time (mainly in the 70s, 80s, 90s, and early 2000s). What may appear on the surface as curiosity or appreciation of the classics is actually a fascinating study. There is a stark contrast between the movies of decades past and today’s films. Understanding the expectations of the current audience helps us develop more substantial and successful content.

A flawed hero is a much more interesting hero. This has always been a rule of storytelling; conflict is drama, and drama is entertaining. The more obstacles our heroes face, the more engaging their stories are. And among these obstacles are the expectations placed on character growth.

Younger audiences are more sophisticated and observational, reflecting their reactions to classic films. They want to invest with and relate to the characters. An established backstory is one of the critical ingredients to today’s on-screen hero. Something that was often missing in many of cinema’s classic films.

Watch any number of younger viewers reacting to older films—there are numerous online outlets and communities to find these reactions—and one thing stands out. They ask a lot of questions.

Raiders of the Lost Ark is arguably one of the biggest cinematic hits that kicked off 80’s cinema. And what’s not to love? A rugged archeology professor (Indiana Jones) battling Nazis to retrieve a holy relic. It’s a solid film that still holds up well, and today’s audience recognizes that. They get invested in the adventure and appreciate the effort put into production. But there are questions:

“Why is his name, Indiana?”

“What made him become an archeologist?”

“Who’s teaching his classes while he’s away?”

It isn’t until the third film of the series that these questions are even addressed. It’s easy to dismiss this as pedantic, but if we look at the bigger picture, it tells us something. Today’s audience expects more from their characters. Raiders of the Lost Ark came during a generation of high-concept films in which we, as an audience, got sucked up by the milieu. Today, we’re in the age of anti-heroes—flawed characters with conflicted backstories growing and struggling to overcome obstacles, namely themselves.

The black-and-white dynamic of good vs. evil is always fun, but by today’s standards, all the meat is in the grey area. 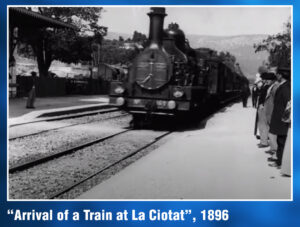 Storytelling techniques in cinema have evolved since the inception of the format. Early audiences of the 19th century were in awe at seeing large images projected on a screen. It is among film school lore that in a showing of the Lumiere Brothers’ film Arrival of a Train at La Ciotat in 1896, audience members attempted to dodge a train coming towards the camera. Whether this urban legend is true or not, it does highlight an important concept. Audiences learn to adapt to visual storytelling.

This adaptation is further illustrated by the 1903 short film Life of an American Fireman by Edwin S. Porter. Porter was hailed for his effort to improve visual narration by introducing the editing technique of cross-cutting between actions. This short film depicts firefighters arriving at a burning apartment building and a hero rescuing a woman and her child. Instead of extended singular shots—common among short films of the time—Porter employs cutting the action from exterior to interior shots and transitional edits as the firefighters travel from the firehouse to the apartment building.

However, what stands out is that the film does not alternate between exterior and interior shots to complete a sequence of action as we would see today. Instead, we see the entire rescue action from the apartment’s interior, and then we see the sequence repeated from the exterior. Being an experiment in camera cutting, perhaps Porter felt the audience wouldn’t understand the cutting back and forth, and that repeated action was needed to sell the effect. (In subsequent releases of the film, it has been re-edited to match on the action).

Audiences adapted as each generation of films introduced new concepts (color, sound, special effects) over the past 120 years. It’s the same today, however, with one important difference. Filmmaking is no longer a craft of mystique and magic. Production tools and resources are within everyone’s reach. With smartphones, we’re all walking around with portable studios in our pockets.

Modern viewers are savvy to the methods of visual storytelling. They know setup and payoff, understand the three-act structure, and expect complex storytelling.

It is educational to observe Millennials watching older movies. They pick up on plot details quicker, and in many cases—based on storytelling formats—they often predict plot developments and twists before they happen.

Terms like plot armor, Chekov’s gun, and suspension of disbelief were not part of the average moviegoer’s vocabulary in the 1980s. Today’s audience, however, is armed with plot-piercing rounds.

The Generation of On-Demand

The inception of on-demand media sent cataclysmic ripples through the media industry. It offered new consumption methods to consumers and challenged film and television release tactics. It broke the mold of appointment-based viewing and remains a battleground for the major studios. However, it also opened the door to more sophisticated storytelling.

Before the digital age, movies were the investment for tent pole long-format media, and television was reserved for bite-sized consumption. Most television shows were self-contained episodic stories. It often didn’t matter in which order they were viewed. Did you miss last week’s Magnum P.I.? No worries, this week was a new adventure, and you could catch the last one in a couple of months when it reran. 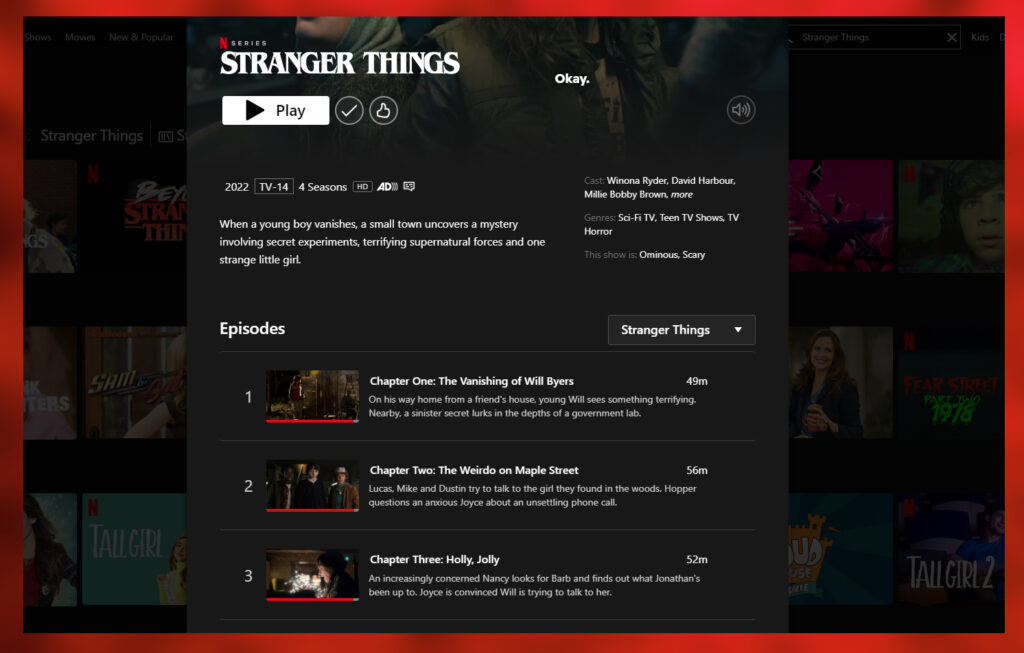 We live in a different time now. Instead of being episodic, many shows have adopted a serial format in which a much longer story arc is told over multiple episodes or seasons. The connective tissue in the narrative is much deeper now. Skipping a single episode of Stranger Things would leave a gaping hole and likely confuse the viewer with subsequent episodes. The ability to call up each episode, literally on demand, is no longer an obstacle.

As a result, the model has shifted. When you can tell a single, more complex story over the course of 50 episodes, TV now reins as the long format medium, and movies have become bite-sized adventures.

As a result of this dynamic, audiences can invest in more complicated narratives with more complex characters and story elements to immerse themselves in.

There are often a lot of stigmas attributed to the attention spans and habits of the younger generations. However, it’s worth taking a step back and observing how they digest media. Today’s audience is smarter. With studios offering thousands of programming options, it’s a war for attention, and those young eyes are a precious commodity.

If we can understand what today’s viewer expects, we can use that to create more powerful and meaningful content.