It’s not long until this year’s IBC trade show gets underway. From September 10 -15th 2015, all manner of people working in the news, broadcasting, media, and entertainment industries will gather together in Amsterdam for this premiere event. IBC—which used to be called the International Broadcasting Convention, but has since expanded to include all manners of electronic media—is the annual destination for professionals in the electronic media and entertainment industry who want to stay in the loop and remain up-to-date on the newest technology and advancements. IBC proudly draws in professionals from over 170 countries every year for the experience.

This event is so popular worldwide because there is no better event to get to know other industry professionals, be exposed

to new ideas and technologies, and learn from the top thinkers in the field. Technology is changing at a swift pace, which makes it all the more important for people in the digital media and entrainment industry to stay abreast of advancements.

One section of IBC that will be of particular interest to attendees with an eye on the potential future of industry advancement is the IBC Future Zone. It is in this section where the most cutting-edge ideas and prototypes are showcased. If you’ve ever wanted to take a peek inside the world’s leading R&D labs, you need to make sure a visit to Future Zone is on your IBC itinerary. The technology seen in Future Zone is often in the beginning phases of evolution. What makes this zone particularly exciting is that Future zone is, more often than not, the first time the featured technology has been seen or experienced outside the inventing lab. 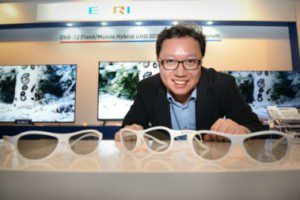 One of the reasons IBC is so popular with industry professionals is because they put together a panel of experts which reviews the submitted work of the newest, most advanced technology and research professionals. This panel selects the works that show the most promise, and which display an integrity of research that they feel will prove to be beneficial to IBC attendees. The winning professionals will write completed Papers and Posters which are published for the IBCs community’s consumption. If this leading-edge research interests you, Future Zone is the spot you need to be. In the Future Zone section, the authors and researches of the chosen Papers and Posters will be available for discussion or questioning. The opportunity to speak face-to-face with some of the best and brightest in the industry is unmissable.

The topics covered in the Future Zone section of IBC remain thought-provoking and exciting year after year. Don’t take my word for it – a quick glance at last year’s exhibitors will allow Future zone to speak for itself. In 2014, a collaborative French project called 4EVER presented its latest findings into UHD-TV Phase 2, which they called an “Enhanced Video Experience.” Cisco, the highly recognizable IT leader, presented what they called “Connected Life.” This new technology is highly visually immersive, and they hope that one day it will help Internet Service Providers provide more custom experiences for consumers, which will in turn help drum up additional revenues.

Last year, one of the most anticipated exhibitions at the IBC Future Zone was the one helmed by the BBC’s Research & Development team. The BBC is obviously a power player in the broadcast industry, so their contributions to the future of said industry are held in high regard—and boy did they meet expectations. In 2014, they presented three new technologies to the IBC community: Object-Based Media, VenueExplorer, and Cloud Marketplace for Media Analysis (COMMA). It leads one to wonder what fantastic new things will be shown this year.

IBC, and more specifically, the Future Zone within IBC, is the meeting together of an impressive group of creators and 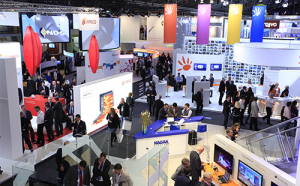 thinkers in the digital media and entertainment industry. Just think: it’s the exhibitions you can expect to see this year that will become the exciting, life-changing technologies of tomorrow.

IBC is the premier annual event for professionals engaged in the creation, management and delivery of entertainment and news content worldwide. Six leading international bodies are the partners behind IBC, representing both exhibitors and visitors.  In 2014, the event attracted more than 55,000 attendees from 170 countries around the world, exhibiting more than 1,700 of the world’s key technology suppliers and showcasing a debate-leading conference. For more information, please go to their website at: www.ibc.org.