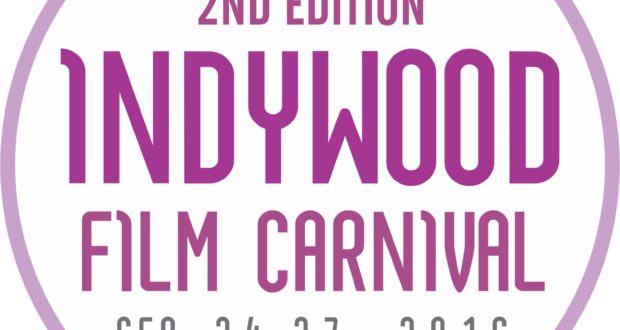 India’s largest celebration of cinema is part of an ambitious, $10 billion plan to build 4K theaters and grow the country’s film industry.

BEVERLY HILLS, Calif.—Plans for the 2nd Annual Indywood Film Carnival, the largest celebration of film ever produced in India, were announced today at a press conference in Beverly Hills. The world cinema event will include the All Lights India International Film Festival, featuring world premiere films from more than 100 countries; and the Indywood Film Market, India’s premiere global film marketplace; as well as conferences, panel discussions and workshops focused the world’s fastest growing market for cinema. The Carnival cinema, supported by the state government of Telangana and patronized by the Chief Minister of the State Sri K Chandrashekar Rao, will be held September 24 – 27 at Ramoji Film City, the world’s largest integrated film studio complex. Corporate partners include KFC, BMW, Pepsi, Qube, Tata.

The Indywood Film Carnival is expected to draw filmmakers, producers and distributors from around the world as well as thousands of Indian film enthusiasts. “The film carnival promises a rich visual treat for discerning cineastes, with an array of national and international entries,” said Roy. “The global film industry is looking forward to this historic event with keen interest. For entrepreneurs, the international film market associated with the carnival provides an ideal platform to meet, network, negotiate and strike deals.” The Carnival is conceived by Roy as the curtain raiser for the Indywood Project, an ambitious plan to grow film production and exhibition in India. This $10 billion project is driven by 2000 corporate firms and Indian billionaires. The aim is to integrate and revamp the entire film industry over next five years including the launch of 10,000 4K multiplex screens, development of film studios, animation/visual effects facilities, and film schools.

“Although film production in India continues to grow, the global share of its theater attendance has reduced to 32 % from 40% over recent years. Indian consumers have yet to experience quality movies and 4K content due to the substandard condition of the country’s theaters,” Roy observed. “Our plan aims to elevate the Indian film industry to be on par with or exceed the rest of the world.” Indywood Film Market is a premier trade market both for international films seeking access to the Indian market, and for Indian films seeking global distribution. The market provides a variety of opportunities for filmmakers and distributors to buy, sell, exhibit and pitch their content.

“Film as a story telling medium brings people of all nations closer together as they share things that are at our core and make us human,” said Agostinelli. “Mr. Roy’s Indywood Carnival is a coming-together of hearts and minds to unify us as movie-goers, industry professionals, artists and craftsmen for this generation and more importantly the next.”

Indywood Film Carnival celebrates the best that cinema has to offer. Hyderabad, the historic city and cultural hub of Southern India will roll out the red carpet for the second edition of Indywood Film Carnival from Sep 24 – 27, 2016. This ultimate film carnival of the world will attract over 3000 delegates and 10,000 footfalls from over 75 countries, film industry professionals and business heads, entrepreneurs, film journalists and media experts, industry aspirants and thousands of film enthusiasts from all corners of the world to Ramoji Film City—the World’s Largest Film Studio and co-host of the carnival.