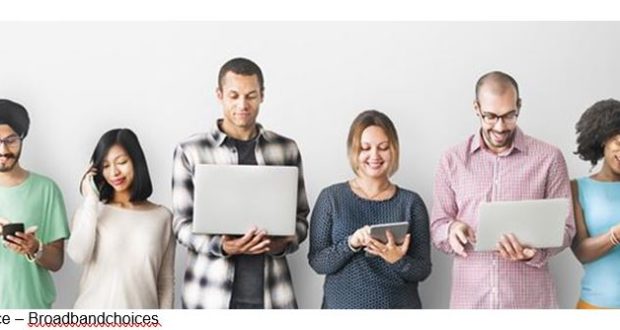 Internet May Be a Human Right, Streaming Content Isn’t

Have you noticed that most of the calls you get on your smartphone are from solicitors?

Other than that, … not so much!

Voice has been flat for years.

The mobile everything is so embedded in our lives that this holiday season nearly 40 percent of the online purchase were made using smartphones.

Throughout the rest of the year apps, games have been good traffic builders; but the real goldmine is video. 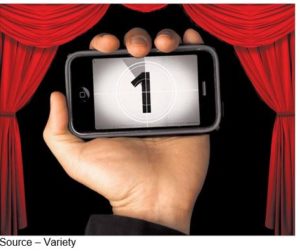 All About Content –  For millennials and Gen Zers, the smartphone isn’t a phone; it’s a portable screen for viewing streaming content no matter where they are.  All it requires to do it right is a fast, reliable data stream.

Those Black Friday/Cyber Monday discounts you got were nice; but admit it, in a year or two, when you’re hot to upgrade to keep up with the guy on the train next to you, you’ll switch providers in the blink of an eye for a better price.

But if you’re in the middle of a couple of great series – and they’re free – no way are you making the move to yet another provider.

It cost your carrier about $300 to get a customer to move to their network – free something, pay termination fees, etc.

The longer subscribers stick around, the more profitable they are to the carrier.

Sure, it costs the three of them more to lure/hook you with insanely great content; but would you jump at the chance to move to Verizon for Yahoo, go90?

According to a recent report by content delivery specialist Limelight Networks, 66 per cent of survey respondents around the globe prefer to stream or download TV shows and movies.

Nearly 30 per cent of respondents cite slow download times, buffering and having to start over as their primary frustrations with downloading content.

When it happens too often, they’re ready to move on.

Wireless service alone isn’t enough for kids who were literally born with a smartphone in their hands.

Anywhere Content – Folks who grew up with a device in their hands quickly found that it wasn’t necessary to sit in front of a TV to watch their entertainment; it was just there.  And because they’re easier to carry, smartphones have become the screen of choice.

Of course, there’s bad news/good news on the horizon.

First of all, the U.S.’s FCC (Federal Communications Commission) Ajit Pia said – “We’re going to restore Internet freedom.” – and all the telcos cheered.

Seeing them happy can’t be good.

If all those folks begin binging their Netflix, HBO, Amazon Prime content at the same time, we have a problem–even if the telcos say “Hey, don’t worry; with the new rules, we’re not gonna’ do the things you probably think we’re gonna’ do because well … because.”

Basically, the Internet freedom move puts the power to choose winners/losers in the hands of about five companies in the U.S. that folks love to hate.

Yep, they’re going to be open and transparent. 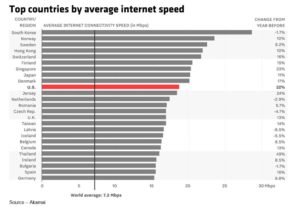 A Ways to Go – While people in almost every country in the world have Internet access, the availability of high-speed Internet for streaming video is still a work in progress.

Despite those minor issues, there’s only a limited amount of capacity on their networks.

With everyone rushing to send their streaming content through the already congested pipes, someone’s traffic has to degrade.

Yep, the other guy’s.

If you live in a high-density area like Washington DC, London, Paris, Shanghai, SF Bay Area, Seoul, Tokyo, Sydney, etc.; you have a number service provider options with all kinds of great speed/cost promises to get you to switch.

Bandwidth?  Your performance may vary. 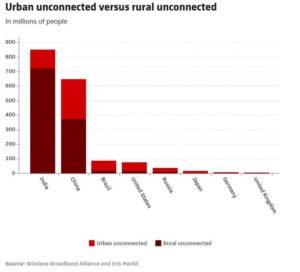 Distance Issues – Billions of people around the globe have minimal or no Internet connectivity or a choice of only one service provider.

But if you’re one of the millions of people around the globe who have a service provider option of one or none … jeezz, I’m really sorry.

To handle the onslaught of streaming video, there is a major push by equipment manufacturers and telcos worldwide to move as quickly as possible to 5G service to provide more bandwidth and better customer content streaming.

You may get service in the backwater areas, but enough bandwidth and speed to stream? … probably never!

While kids look forward to 5G to get the promise of brilliant 4K HDR content on their devices, some applications will probably take higher priority like autonomous cars, IoT, smart cities, automation, big data and more where minimum delay and high reliability are mandatory.

Even with new spectrum and peak throughputs in excess of 1 Gbps, 5G networks will need to manage latency, reliability and the massive numbers of stationary and mobile connections. 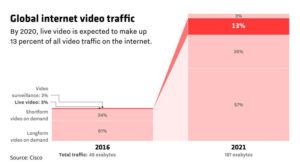 Video Consumption – Streaming video has become a great way for folks to stay in touch with their content and the volume of demand continues to grow.

5G will be needed to meet the needs of more than 4B smartphone subscribers who are increasingly streaming their content.

Ericsson forecasts that by 2022, there will be initially only be 550M 5G subscribers with North America leading the pack.

By 2022, there will be more than 6.8B mobile subscribers. Some will tolerate 4G/LTE (long-term evolution) but you know they’ll want 5G–especially if the screen in their hands is their primary source of information, news, entertainment. 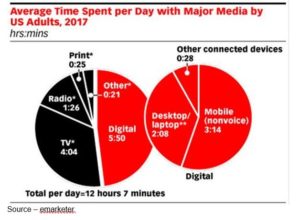 Media Preference – While mobile streaming entertainment isn’t for everyone yet, it is becoming the screen of choice for the younger generations.

Also, according to Ericsson, mobile video traffic will increase nearly 50 percent annually through 2022, accounting for about 75 percent of all mobile data traffic.

Returning the Internet to open freedom probably won’t hurt the major content providers (Facebook, Google/YouTube, Netflix, Amazon); they already have CDN (content delivery network) relationships in place as well as their own regional and global network of proxy servers and data centers. 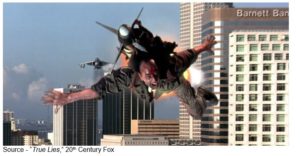 As for smaller video channels, and even regular businesses that aren’t willing to pay the fast lane toll, the Internet freedom folks will simply repeat what Gib said, “If you don’t complete your mission, the deal is off.”