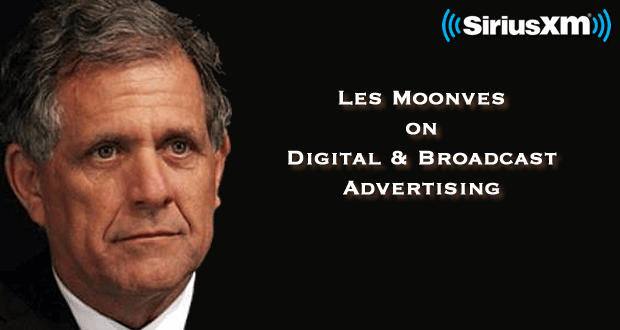 Below is the audio and transcript from CBS CEO Les Moonves’ interview with Cheddar TV.

“Once again, we have to be looking at these new packages, these new bundles. They’re brand new. Sony Vue is sort of one of the first ones out, as was Sling.  CBS All-Access, we’re in our infancy.  So I think, once again, user satisfaction and user convenience becomes more and more important, and those are the things that people are working on. As you get your content, obviously you want it as easy as it could be. And, once again, we are in a brave new world here where over the last even three years the world has changed drastically. So, my only thing is, regarding interface, people have to be a little bit patient.”

“I think, once again, I think the larger bundle will still exist. There are certain people who think the 180 channel universe is something they’ re getting great value for, and to a certain extent they are, but I think what we’re seeing and the reason we are all over the place and by that I mean we are happy to be in the 180 channel universe, we’re happy to be in a skinny bundle whether it be 10 channels or 20 channels or 30 channels. We’re also happy to be on all-access. So what we’re saying is we want to be all things to all people no matter how you get your content. Obviously, the skinny bundle, the over top services, are gonna grow and grow and grow and become more important in the ecosystem.”

“Clearly Facebook and Google are taking, supposedly, 85% of the available advertising online. We think that there was a lot of misinformation out in the marketplace. Digital advertising is obviously very important. It’s going to grow. We get hundreds of millions of dollars in digital advertising ourselves. What we have said is, ‘Look, don’t write off broadcasting. It’s still very important.’ And some of the myths about some of the digital advertising that’s out there just weren’t true, and there’s a lot of, there’s a lot of questioning about return on investment with a number of the sites. And in broadcast we know we are effective, and that’s why this up front was much better than last year’s upfront.”

“Oh, I think it’s sustainable forever. I think, you know, once again, the numbers on broadcasting are down. However, when you count in all the other ways people are getting our content, there are more people today that are watching our content that were 15 years ago.”