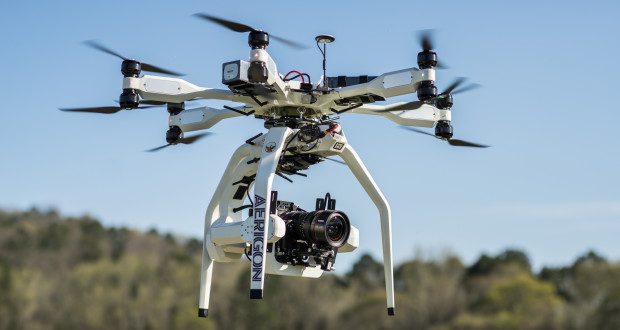 Intuitive Aerial has been granted a Section 333 exemption by the FAA to operate any aircraft on the aviation authority’s List of Approved Unmanned Aerial Systems. The makers of the AERIGON pro cinema UAV can now provide live demos to filmmakers, broadcasters, and any other content creators looking for stable aerial footage. Customers without their own FAA 333 exemption can temporarily operate their AERIGON under the Intuitive Aerial exemption using an Intuitive Aerial-certified pilot.

“We chose AERIGON for more than its payload capacity,” said Will Lovett, managing director of unmanned systems at Phoenix Air. “After reviewing all the systems out there, we saw it had unparalleled reliability, stability, and redundancy. With 12 motors, even with a malfunction, we can keep the camera in the air.”

Any aircraft operated in the U.S. needs to be registered and certified by the Federal Aviation Authority (FAA), be operated by a licensed pilot, and have operational approval. Although certification differs from country to country, UAVs of 55 lbs. or less have to be registered in the U.S. and receive an N number. The exemptions for commercial use are awarded on a case-by-case basis. The FAA 333 exemption gives operators a competitive advantage and, it is hoped, discourages illegal and unsafe operation.

“Phoenix Air went for a broad exemption that defined what we can do and where we can do it,” Lovett explained. “We have both a 333 exemption and a certificate of authorization from the FAA to use our AERIGON on closed set and open set filming.”

As with any responsible operator, safety is paramount for Phoenix Air. The FAA requires that operators have a pilot’s license and a crew of three when using a gimbaled camera: one to pilot the aircraft, one to operate the camera, and an observer.

“Our training includes coordination between the three crew and is complex,” Lovett said. “We have a comprehensive 60-page standard operating procedure manual that covers training, safety, and risk management for all our UAVs.”

The AERIGON has been used on a wide ranges of projects already, including Captain America: Civil War, Spectre, Avengers: Age of Ultron, the documentary film We Are Blood, and shows for BBC Natural World and National Geographic Wild. Thanks to successes such as these, the AERIGON was chosen to help launch the Nokia OZO VR camera.

“It’s imperative to have a 333 exemption to operate a UAV on set in the U.S.,” said Eric Bergez, vice president of Intuitive Aerial Inc. “We’ve taken one more step toward empowering filmmakers to take full creative advantage of aerial cinematography without sacrificing image quality.” 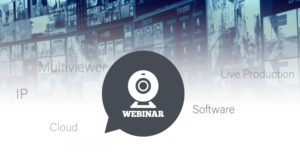