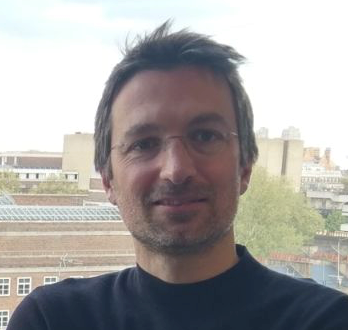 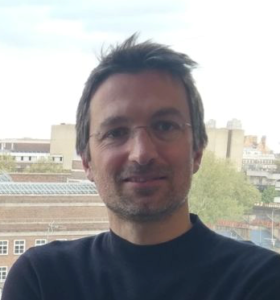 IBC 2019, 13-17 September, Stand 8.F25 – iSize Technologies, the London-based provider of intelligent video coding and delivery technology, is challenging the industry with a paper at IBC 2019 describing how deep neural networks will enhance and accelerate existing video coding standards for internet video, all without breaking anything in the process.

According to iSize Technologies Co-Founder and CTO Dr Yiannis Andreopoulos, who will present the paper, “We are new to this industry and are very proud and excited that IBC has given us this platform. Technology has completely transformed the way we consume content. The proliferation of OTT streaming content is now matched by an appetite for high-resolution content, including 4K, 8K and beyond, but even the delivery of HD/UHD content is still hampered by broadband infrastructure bottlenecks.”

Andreopoulos suggests that deep neural network learning is set to offer the solution to that problem, in conjunction with existing encoding standards like MPEG HEVC, Google VP9 and AOMedia AV1.

iSize believes that today’s encoders and decoders have increased complexity and are not well supported by consumer devices and web browsers.

Andreopoulos further explained, “HEVC standardisation was completed in 2013, but HEVC decoding is still not supported by mainstream browsers like Chrome and Firefox. It’s true that Google VP9 encoding and decoding is more widely supported, but VP9 is typically found to be complex and power hungry for consumer electronics while not offering very significant bitrate savings in comparison to optimised implementations of older standards like AVC and HEVC.

“Overall, it is well known that optimising encoding for a variety of encoding standards, bitrates, and transport conditions is very difficult and often ends up being ‘solved’ by pre-baked encoding and streaming ‘recipes’, such as the profiles and VBV optimisations available in mainstream cloud encoders and mainstream OTT streaming solutions. We have found that there is a better way to tackle this problem, which is summarised by our IBC paper, with further details included in our extended version released as an arXiv preprint”.

iSize proposes a data-driven approach to the problem, i.e., instead of internally customising encoder options in a static manner or using boilerplate streaming recipes that are not tailored to the input content and encoder, they offer the new concept of deep video precoding (DVP).

DVP maps input video frames to a smaller pixel footprint, which makes the encoder more efficient. This also naturally compresses the content because the encoder handles only 6-to-64 percent of the original video resolution pixels. It is applied as an enhancement option over existing codecs and existing upscaling solutions at the client device and does not require any change to the current landscape of software and hardware players or decoders. The obvious benefit is that this approach overcomes the so-called ‘hidden technical debt’ of machine learning, since it requires no changes at the encoding, transport, or decoding sides of the equation.

Andreopoulos will present the conference paper at the IBC 2019 AI technical session in Amsterdam on Tuesday 17 September alongside other AI researchers. iSize will also showcase its BitSave AI-powered encoding platform on Stand 8.F25 during IBC from 13-17 September.
###

About Dr Yiannis Andreopoulos
Dr Yiannis Andreopoulos is Co-Founder and CTO of iSize Technologies. He has made major contributions to image/vision computing and large-scale multi-dimensional data analysis. In collaboration with industry, elements of his research in video processing systems have been integrated into commercial products. He has co-authored more than 150 papers, 3 patents, 10 contributions to standards, and is also Professor of Data and Signal Processing Systems at University College London, UK.

About iSize Technologies
iSize is a deep-tech company specialising in deep learning for video delivery. It comprises members holding PhDs in video signal processing, machine learning and advanced networking systems, including university professors in these areas. Advanced machine learning is beginning to disrupt content and iSize believes it will enable such advanced technologies to enter the market in a manner that is backward compatible to existing video encoding and transport standards. More information is available from www.isize.co