Ithaca College boasts one of the oldest and most sophisticated broadcast production programs in higher education, serving students from around the country and the world. This past year, the school implemented plans to overhaul its production facilities to bring them in line with current professional standards. “Our philosophy is to provide our students with the best and most advanced equipment, compatible with our instructional needs and budget,” says Director of Technical Operations David Priester. “We buy infrequently, but we buy well.” 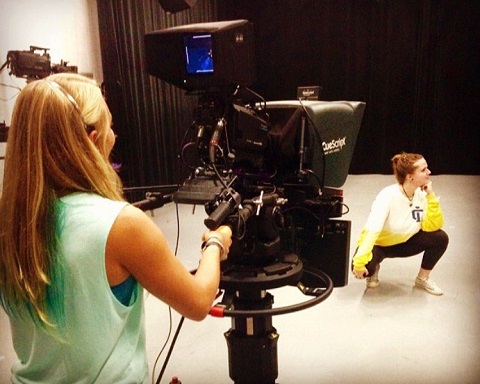 In selecting new pedestals and heads, the school considered such factors as quality, durability, precision and cost. “We were very impressed with the engineering of the Cartoni products,” Priester notes. “We also liked the pricing and the long-term cost of ownership. Their warranty program is better than those offered by most manufacturers. They were the right fit for us.”

The school’s production equipment has to stand up to heavy use. Studios are busy most weekdays with classroom instruction, while evenings and weekends are devoted to student-led productions. ICTV provides programming for local cable channel, with content including news, sports, public affairs, arts performances, comedy, drama and game shows.

The Cartoni pedestals and fluid heads perform well amid such rigorous use and also provide flexibility for varying production demands. The P90 pedestals are capable of supporting the school’s new Ikegami HDK-95C camera systems and payloads up to 55kg and 90kg, respectively. They’re also a perfect match for new CueScript Teleprompter Monitors.

“A lot of broadcast facilities are transitioning away from the heavy studio cameras and bulky support systems of the past,” notes CueScript President Michael Accardi. “Cartoni pedestals are better suited to today’s cameras, and to our prompters. They are better sized and have a better feature set.”

“We’re very happy with the whole camera package,” concludes Priester. “The Cartoni support products are well designed and can survive use by students who are just learning their craft.” 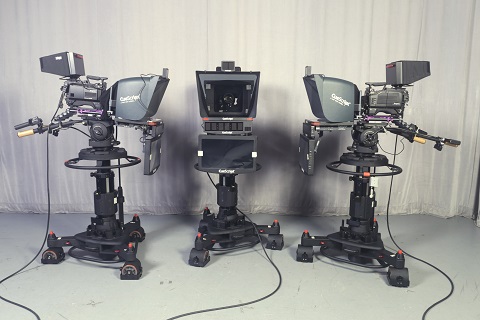 A division of Ste-Man, Inc. and led by President Steven Manios, Jr.,  Manios Digital & Film has been bringing the world’s highest quality products to professional filmmakers, videographers and ENG crews in the United States since 1992. The company has longstanding relationships with leading manufacturers around the globe and an extensive dealer network spanning the United States. It is an authorized distributor for Cartoni, Vocas and Kinotehnik. By working closely with its customers, and by listening to and understanding their needs, Manios Digital & Film has become a trusted partner to film and video professionals worldwide.