Cambridge, MA, December 9, 2013: Stephen Tibbo is one of Hollywood‘s top production and post production sound engineers. Having earned two Emmy® Awards and a CAS Award for “Best Production Sound” through his association with the hit ‘mockumentary’ series Modern Family, Tibbo is also an accomplished sound re-recording mixer who has worked on dozens of webisodes, short and independent films such as Madison County, Best Friends Forever, Contracted and many others. In his work as an ADR and sound re-recording mixer, Tibbo routinely relies on iZotope RX 3 audio repair suite.

iZotope: What role does audio play in film and broadcast?

Stephen: In the purest sense, audio supports the picture and can take on different roles depending on the genre. You are trying to keep the world very familiar but the audio’s role is to take the viewer on an emotional journey and to focus his or her attention on what the director intended. In horror films, audio plays on your real fears of quiet and isolation before something like a large scream. In comedy, audio’s role is to help make people laugh. For example, you might lose background noise and other effects to help put the joke on a pedestal. In sci-fi, you are creating a world based on the familiar and the unfamiliar, and the viewers’ perceived notion of what it should be. In all cases, however, audio is there to support the picture and help sell what the director has visually mapped out for you.

iZotope: Why is efficiency important in your work nowadays?

Stephen: In the post-production business, we have very quick turnarounds and often a very lean staff. Very often we have to mix an independent feature film in just a little over a weekâ€”that’s not a lot of time, so you’ve got to be quick and efficient. I’ve got to deliver on time because there is a release date to hit and being late isn’t an option. iZotope’s software, particularly the new RX 3, really helps my efficiency in this regard. For example, if I have to match ADR, or if I need to remove the sound of the room out and and replace it with something else I can do this inside RX 3. These kinds of things would have taken hours to do a few years ago, and with this software, it takes just minutes.

iZotope: Which iZotope tools are you currently using?

Stephen: I am using RX 3 every day on my projects for things like dialogue denoising, declicking, decrackling as well as more challenging tasks like removing and replacing reverb. I also use Insight all the time for deliverables. To meet ATSC specs for certain television projects, for example, we often have to prepare many different mixes: one for Internet delivery, one for DVD and one for television. Finally, I recently got a copy of Ozone and the EQ matching feature looks very promising for the kind of work that I do.

iZotope: Can you describe an instance where you relied on RX 3?

Stephen: Sure, I can give you a couple of examples. RX 3 is great for reducing the hum in a voiceover recording that might have been recorded in a less than perfect situation. Justin W. Walker, Sound Supervisor, and I did these three minute webisodes for a show called NTSF:SD:SUV that we mixed in the studio. In some cases, we would get ADR or VO lines that came in from a lead actor that were done on his iPhone or Zoom recorder. Needless to say it was noisy, and we used RX 3 to bring the audio to a point where it was workable. Another example was on a film called Roadside, in which most of the film takes place on the side of a road. There is a gunman with two people and it is supposed to be Christmas Eve and snowing. But they shot in April or May in Virginia, and there were crickets about three days into the shoot. In the middle of winter, you don’t have crickets. So we used the denoiser and spectral repair tool (in RX 2 at the time) to get rid of the crickets. I can do batch processing with RX too, which saves a ton of time.

iZotope: What other uses do you have for RX 3 during the mix stage?

Stephen: A good example was in the independent horror film Contracted. Part of it was shot on busy streets, a restaurant with fans to deal with and so on, so my first task in the mixing stage was to try to denoise, declick and decrackle. On independent films, you don’t have a large sound department or support crew in the locations department like you might have when you are on a studio film. Therefore, you don’t have the people or cooperation in some cases on site to get all of the noisemakers shut off.  As a result you have to fix it in post. RX 3 has been great for all that.

How do you deal with audio that comes in from multiple sources on a project?

Stephen: I just finished a pilot called DTEC, which was funded by a large electronics manufacturer. In this case, I relied on the Dereverb module of RX 3. There was a scene involving monologues by the main character in a very large reverberant room in a police station, and I had to attenuate the reverb to a degree because there was also a lot of ADR that needed to be matched. So I ended up taking a lot of the room out and putting my own back in to make it all seem natural. RX 3 really saved the day on that project. My feeling is that dialogue is king, and then everything else wraps around it. Therefore having the dialogue perfectly matched across multiple sources is very important.

iZotope: When else have you fixed audio that was recorded less than perfectly?

Stephen: On the independent films and webisodes that I work on, RX 3 helps me clean up dialogue where the performance may have been great, but the audio recording was less than stellar. For example, an actor who is less experienced in performing ADR might have difficulty matching the energy of a performance back up to where it was on the shoot day and the emotional content of the ADR just isn’t right. Producers definitely appreciate when you can save an original performance. They don’t want to see their entire movie ADR’d, and they don’t always have the budgets for that anyway.

About the iZotope Masters Q&A Series

RX 3 is an industry-leading audio repair solution for audio engineers, post production professionals, broadcasters, podcasters, archivists, forensic specialists, videographers and more. Work up to six times faster than before thanks to processing enhancements and a redesigned user interface. Remove or reduce reverb, clean up dialogue on the fly, recall session details with the new RX Document format, and much more with the new RX 3.

iZotope makes innovative products that inspire and enable people to be creative. Based in Cambridge, Massachusetts, iZotope has spent over a decade developing award-winning products and audio technologies for professionals and hobbyists alike. Used by millions of people in over 50 countries, iZotope products are a core component of GRAMMY-winning music studios, Oscar and Emmy-winning film and TV post production studios, and prominent radio studios, as well as basement and bedroom studios across the globe. Through a robust licensing program, iZotope also powers products made by industry partners such as Adobe, Avid, Microsoft, and Sony. iZotope was recently honored with an Emmy® Award for Outstanding Achievement in Engineering Development for its flagship audio repair suite, RX®. 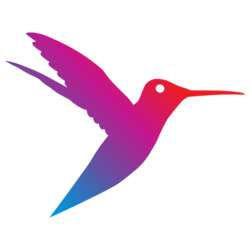 Hummingbird Media
Hummingbird Media is a boutique public relations firm serving premium clients in the Pro Audio, MI, Systems Integration and Consumer Electronics industry. We help our clients articulate the essence of their brand using a combination of modern and traditional communications mediums. 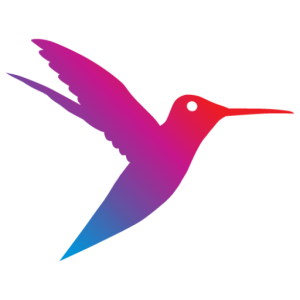