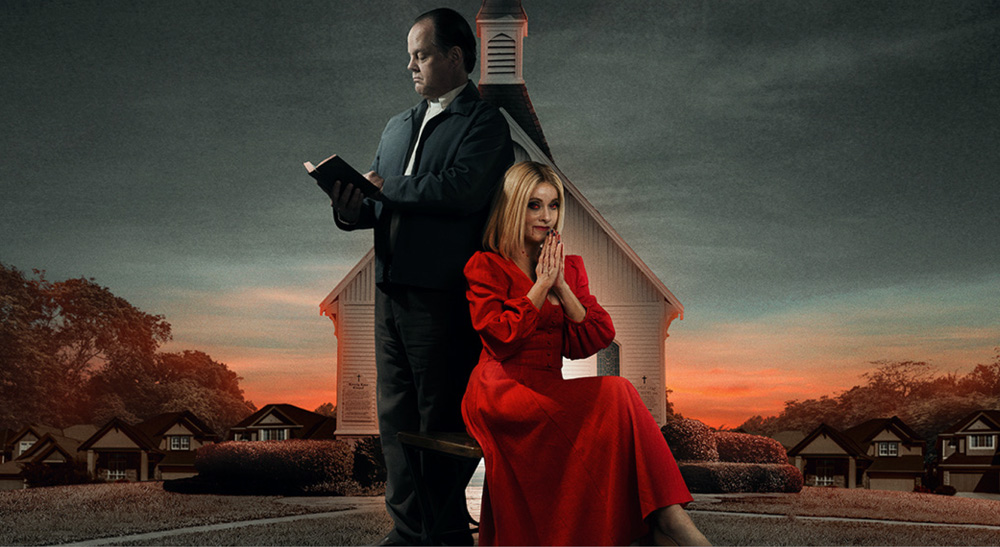 Fremont, CA – October 19th, 2021 – Blackmagic Design today announced that “Jakob’s Wife,” one of the most talked about horror films of the year and a new Shudder Exclusive, was completed using DaVinci Resolve Studio and Pocket Cinema Camera 4Ks. The film joins dozens of other Shudder films and series that were created using Blackmagic Design products, including releases “Bleed With Me,” “Teddy” and “Cleansing Hour.”

“Jakob’s Wife” is a 2021 American horror film directed and produced by Travis Stevens and starring Barbara Crampton, Larry Fessenden, and Bonnie Aarons. The film follows Anne, a woman married to a small town Minister, whose repetitive life changes overnight when she is turned into a vampire.

The film is now streaming as a Shudder Exclusive. Shudder, a part of AMC Networks, is a premier streaming service for movie and television fans who appreciate horror, thrillers and the supernatural.

“Jakob’s Wife,” which was shot in rural Mississippi on a tight budget with a small crew, has gained a global audience because of both the unique storyline but also the highly stylized look and feel of the film. David Matthews, the film’s Director of Photography, was responsible for getting that look and them working with the colorist in post production, who was using DaVinci Resolve Studio, to ensure the final film matched the director’s vision.

“At first, we were thinking of shooting with a minimalist feel due to the budget, but the story really grew and the idea of having a very stylized look was set,” Matthews said. “We used DaVinci Resolve, along with the Blackmagic Pocket cameras for certain scenes. I have used Blackmagic products for several years, and knew that they would get the looks we needed within our budget.”

With “Jakob’s Wife,” the story follows a quiet woman, Anne, stuck in a quiet and boring life before being turned into a vampire by another vampire called The Master. The film follows her as she transforms, and Matthew’s wanted to capture a changing feel to the visuals that matched the tough changes happening in Anne’s mind.

“The look of the film was fairly even before Anne transformed and then after the movie had a stark and stylized mood that DaVinci Resolve helped to create. We had lots of haze and lights through cracks that we tried to amplify the feelings Anne was going through,” he continued.

“Jakob’s Wife” joins a number of other Shudder Exclusives and Originals that were created using various Blackmagic Design production and post production products. This includes a number of award winning Shudder Original films such as: