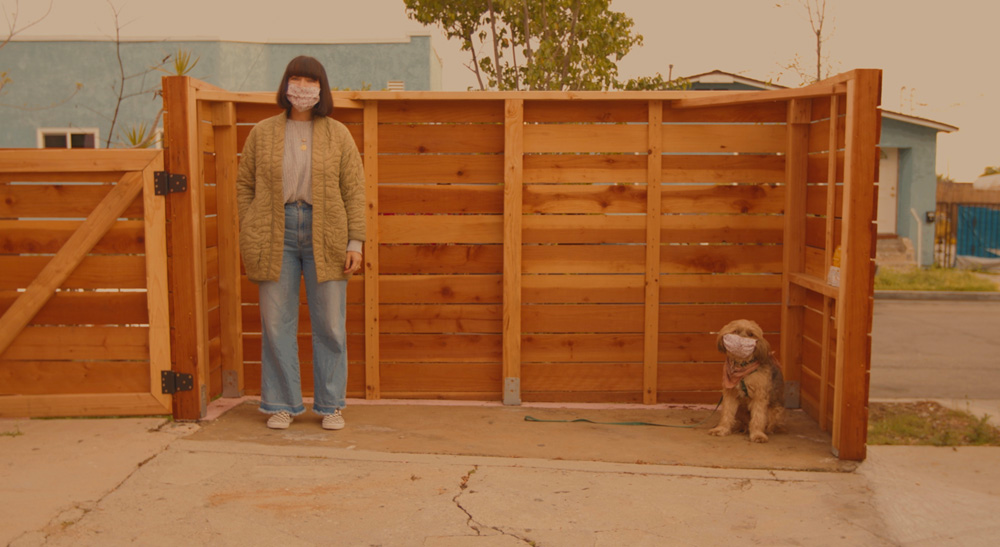 Fremont, CA – May 22nd, 2020 – Blackmagic Design today announced Jasmine Ash’s music video for her new single “Same Sun” was shot by Brendan Walter using Pocket Cinema Camera 6K. Walter also used the Blackmagic RAW codec and DaVinci Resolve for color correction on the video, which allowed him to be able to capture a whole neighborhood of people in their homes while shooting in natural light through their windows.

“Same Sun” is the latest song from popular singer and songwriter Jasmine Ash, who is also the lead singer of Oh Darling and singer of the hit song “Starlight.” The music video shows Jasmine and Walter, who was the video’s director and DP, driving around and greeting people in Los Angeles. Basically, a love letter to Los Angeles, the video shows the two interacting with strangers, friends and family through their windows, from their rooftops or behind fences.

Initially planned for a completely different theme, the realities of quarantining forced the idea to change and for Walter to find a way to get quality footage in uncontrollable lighting situations. To do this, he chose to use the Pocket Cinema Camera 6K for its high dynamic range, ability to shoot in low light and its small size, which allowed him to go wherever he needed without a crew.

“When we had to cancel our initial plans, we had obstacles everywhere. No crew, no set and no way to get people to come to us. So we had to make do with what we had in the house and neighborhood. We decided we could either wait or just go for it. Luckily, I have been using the Pocket Cinema Camera 6K already and knew that it gave me a lot of power to be creative,” Walter said.

To start, the two used a community social media app called NextDoor to ask as many people as possible nearby if they would be willing to participate. Jasmine would always maintain a safe distance, but would also create human to human interactions. From there, Walter followed Jasmine going house to house and captured the meetings with the Pocket Cinema Camera 6K shooting in Blackmagic RAW.

For the video, they were looking to get a high level cinematic, documentary look for the video, while at the same time keeping a feeling that it was a homemade video. A big challenge to achieving that was the inability to control lighting and the changes created by shooting from outside to in, often through paned windows.

“A shot we kept repeating was super wides of the homes and zooming in, and you can really get dramatic lighting changes that a lot of cameras will have problems with. One shot in particular we shot a sunny view of the whole house and brought it in to a couple dancing in their living room that was really poorly lit. Obviously we could not ask them to set up better lighting, but I knew using Blackmagic RAW and the Pocket I would get what I needed,” Walter continued.

“The camera is a work horse for zero lighting and natural lighting. With the dynamic range of the camera and the lifelike color images and skin tones Blackmagic RAW, I know I could bring the footage right into Resolve and I would have the images I needed,” he said.

Product photos of Pocket Cinema Camera 4K, DaVinci Resolve, as well as all other Blackmagic Design products, are available at www.blackmagicdesign.com/media/images.