Jeff Greenberg is an editor’s editor. He has over two decades of experience as a post-production consultant and instructor for Adobe, Apple, Avid and Blackmagic Design, specializing in editorial, workflow, compositing, sound, color grading and compression. 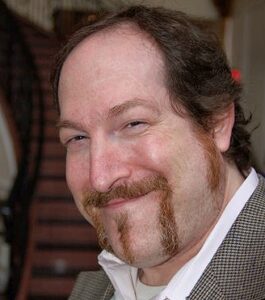 Owner of J Greenberg Consulting in Magnolia, Delaware, Greenberg was principal instructor for a decade at Future Media Concepts and is a noted seminar speaker, lecturer and writer on post-production topics. He teaches seminars at NAB, IBC, CES and Inter BEE, and is the chair for the Editors Retreat, an annual getaway for editors.

Frank Beacham: When consulting with companies about post-production, what are you trying to accomplish?

Jeff Greenberg: I examine the way a company works. I’m looking for two key things. First, can I reduce difficulties in their workflow? And can I help their people work smarter? That comes from my heritage as a trainer…I’m comfortable with virtually all the production technology.

There are two or three major areas where companies tend to run into difficulties. Bad organization and poor data handling practices are among the biggest problems. Another is a lack of deep understanding of their primary post production systems and the leverageable tools on the market that can fill in gaps in their workflow. Some really good editors don’t know a certain feature or product that can really help them.

An example… if a company has difficulty with coloring, I might recommend a tool called Colourlab AI. It absolutely makes coloring faster, regardless of the post-production systems a company is working with. For somebody who doesn’t have a dedicated colorist, it’s a faster way for them to get through that part of the process.

Frank Beacham: Do you ever find clients using the wrong edit system or other technology for their operation?

Jeff Greenberg: It’s a delicate discussion. Rather than toss their editing system, I look for workarounds to the problems. I look for the best workflow that requires the least amount of disruption of their operation. It’s one thing for an individual to change tools…it’s a whole different concept for a team of 30 to switch. Some would rather quit than change tools and you don’t want that. The answer is almost always to stay inside a comfortable environment.

Frank Beacham: When you look at a company’s production workflow, where are the largest bottlenecks today?

Jeff Greenberg: Some companies shoot too much video in production. Adding cameras and a lot of extra footage magnifies data handling problems. Another is the intelligent mining of spoken words with text recognition. Then there’s audio and coloring. An ‘auto’ button only does so much. Adobe, for example, has an essential sound panel that is just a godsend to a lot of people who don’t know it’s even there.

Another major issue is the proliferation of multiple deliverables for social media. Say you have one for YouTube, one for Instagram and another for LinkedIn. This becomes a scalable issue and it’s expected to be done in the same amount of time.

Frank Beacham: This leads to another question — and that’s cloud computing. Could all these social media deliverables be formatted in the cloud?

Jeff Greenberg: I really struggle with the cloud, which has some severe limitations. The simplest example I can give is graphics. If I’m going from widescreen to square, it’s not just cutting off the sides. I’ve got framing and graphics material that needs to be intelligently reformatted. Unless cloud infrastructures have them as separate objects, there will always be a horrendous compromise. That doesn’t mean it can’t change.

Jeff Greenberg: I’m a big fan of AI. But AI now struggles in the last mile, just like Tesla’s cars. On the Tesla, some independent groups found their driving software did a great job of recognizing people — unless those people were children. If they were children, Teslas had a tendency to run them over. Rather than call it autonomous driving, it should be called AI-assisted driving. That’s a failure of AI. The potential of what both AI and cloud computing can do is fantastic, but it’s not there yet.

Frank Beacham: Going back to audio, what is the main problem for editors with sound?

Jeff Greenberg: A lack of understanding of what makes an audio mixer so valuable. Two problem areas are compression and EQ. I don’t think an editor can learn those off YouTube. One really has to dig in to understand how these work with direct education. Understanding audio mixing is like learning an instrument…it takes some time.

Frank Beacham: On issues like spatial audio, do you find many editors are really skilled at it?

Jeff Greenberg: No. I think there are some really gifted editors out there who do brilliant work with sound. But if my piece is going to be heard on a phone, how much concern is there for stereo — much less anything else? I’m hoping that Apple’s new spatial audio with headphones will be magical. But very few people know how to mix for those formats yet.

I’ve recently become an advocate of a tool called Audio Design Desk, or ADD. (a library that uses AI to assist editors in creating sound for videos.) It elevates the level of audio production. When you have above average audio, your viewer becomes more engaged, and it makes your work look more expensive. We often hear people talking about cinematic visuals, but cinematic sound is just as important.

Frank Beacham: It seems now that the video editor is required to have multiple skill sets?

Jeff Greenberg: I’ve become a student of what tools are out there and how they work to help editors who lack skills in certain areas. When I come into a company and they’re rushed and struggling with an issue, I look for what can help them overcome the problem. It could be color, sound, data, text transcription, whatever. I’m constantly looking over the hill at what’s coming six months or a year from now. 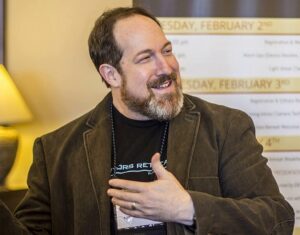 Frank Beacham: One last question…where will post-production be in five years? What will be the major advances ahead?

Jeff Greenberg: I think AI is going to be everywhere. It will take the grunt work off our plates. I’m a little bit more conservative about cloud computing. I think it’s very powerful. At the Hollywood level, Avid is doing a great job at producing a remote system that can be used in the cloud with high levels of security. But that is a small market. Also, I think HDR is going to become the norm. Then there’s semantic analysis — looking through an interview and constructing great sound bites.

I think the future will definitely be AI driven. I also don’t think there’s anything to fear. Having phones in our pocket with 4K cameras hasn’t put anyone out of the cinematography business.