Josh Hayward Celebrates a Renaissance in Southeast Asia in “Still/Life”

New short film centers on young athletes who are transforming a city emerging from five decades of isolation.

New York City—Still/Life, director Josh Hayward’s new short film, describes a rebirth ongoing in the historic city of Yangon. Once known as Rangoon, the Southeast Asian capital recently emerged from 50 years of repressive, military rule and is now experiencing a cultural renaissance. Hayward tells the story through the eyes of a new generation of athletes, from traditional and modern sports, who have come out of the shadows and are helping to bring the city back to life. Still/Life is now available for screening on Film Shortage, filmshortage.com/dailyshortpicks/still-life-josh-hayward/. 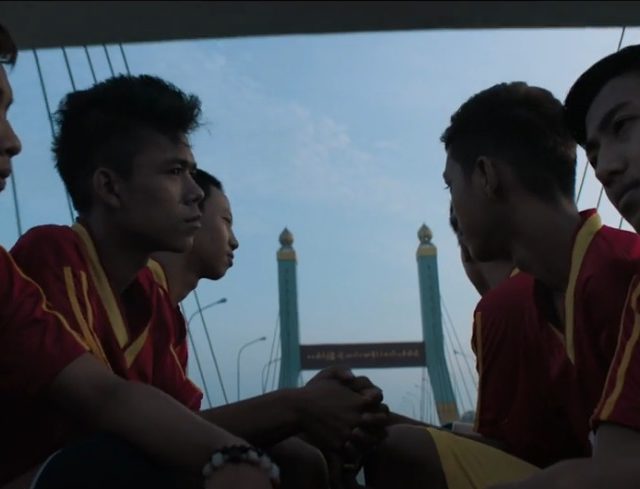 Hayward, who directs advertising projects through Derby and worked with Moonji Production Myanmar on this film, New York, has spent considerable time in Southeast Asia and previously directed the short film Muay Thai about competitors in a unique form of martial arts practiced in the region. The director has a special fondness for Yangon, whose many years in isolation have endowed it with a unique pulse and culture. “It’s a little like Havana,” he says. “Sanctions and travel embargoes kept it cut off from the rest of the world for decades. It’s a time capsule that is just now beginning to open.”

The film begins with hauntingly beautiful images of crumbling buildings, an empty sports stadium and abandoned factories, all vestiges of the city’s long-gone colonial past. Life appears in the form of an adolescent sports team on their way to practice in the back of a small pick-up truck. A troupe of young dancers work through graceful  choreography in a faded reception room. A boxer pummels a punching bag made from worn out tires.

Old forms of sport mix with new. One group of teenagers plays chinlone, an ancient game similar to haky sack, while others pilot skateboards through the streets. “Yangon is being transformed by a global exchange that is especially affecting the younger generation who are being exposed to things they’ve never seen before,” Hayward explains. “They are blending traditional sports like chinlone with influences from outside. It’s resulting in a new kind of athleticism that is blossoming right now.”

The story unfolds wordlessly. Hayward’s poetic imagery richly evokes of the city’s rising hope and mounting energy. “The film shows the power of sport to bring people together,” he says. “After going through a very dark period, Yangon is developing a positive energy and you can feel it radiating from these communities. That’s what I wanted to tap into and celebrate.”